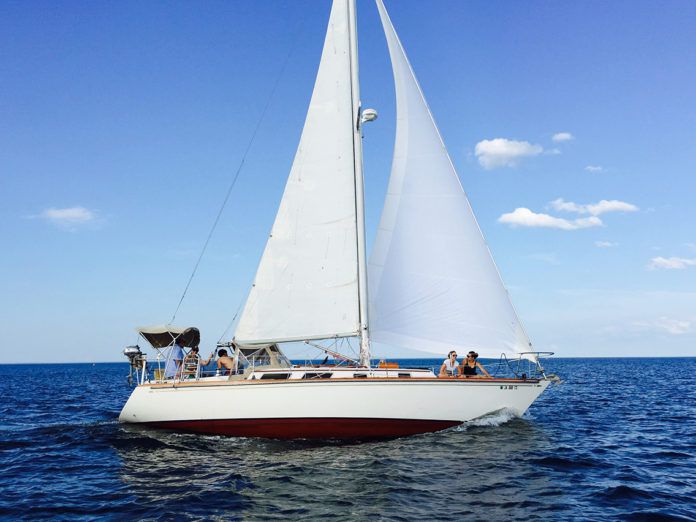 I was a fresh-faced associate editor at Yacht Racing (later Sailing World) in 1978, and I was assigned to drive up to Marblehead to interview the great Ted Hood, who had just won an SORC aboard one of his indomitable Robins. I remember the interview more for what this 20th-century sailing icon, who had a reputation for taciturnity, did not say. I asked about sail trim (“she likes to sail cracked off,”) the weather (“got a little squally down around Key West”) and deck layout (“if there’s a load, put a winch there”). I was expecting salty tales of nautical derring-do and I got a New Englander’s preference for speaking softly and proving one’s worth on the race course. 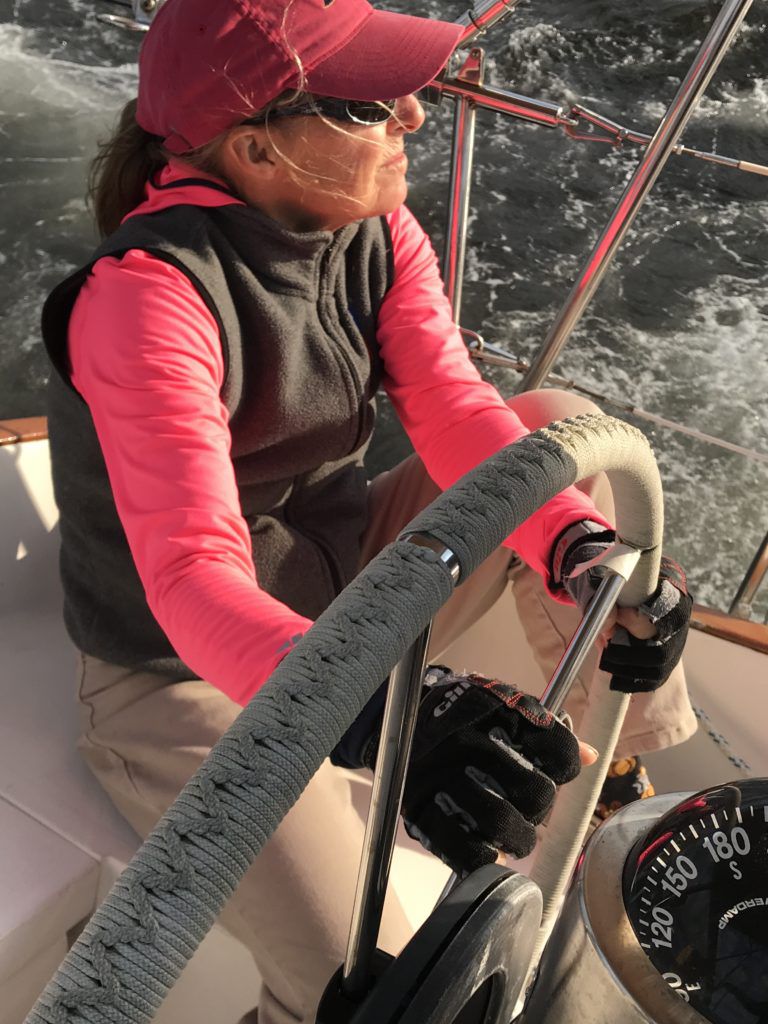 Remember that Robin was a centerboarder, and the great Mr. Hood was just then embarking on an august career of designing heavy, all-glass centerboard boats in the Little Harbor Line. The year 1978 was also the same year Ted and his talented collaborator Dieter Emphacher drew the lines that would become the Bristol 35.5C, a modestly sized centerboard cruiser that would become known for her wholesome, straightforward profile, solid construction and spritely light-air performance. Ted Hood, the king of understatement, would call her “…nothing flashy.”

According to our review of the Bristol 35.5C, which you can read at this link, “There simply are no extremes in design, construction or performance, unless it is in her ability to flaunt her stern downwind and burn a lot of boats when beating in light to moderate air.

When we bought a Bristol 35.5 five years ago, we were attracted to the Bristol reputation for hell-for-stout all-glass hull lay up and a well-appointed stick-built interior. The boat has become a great way to fiddle around with new gear, some of which we’ve reported on in these pages. 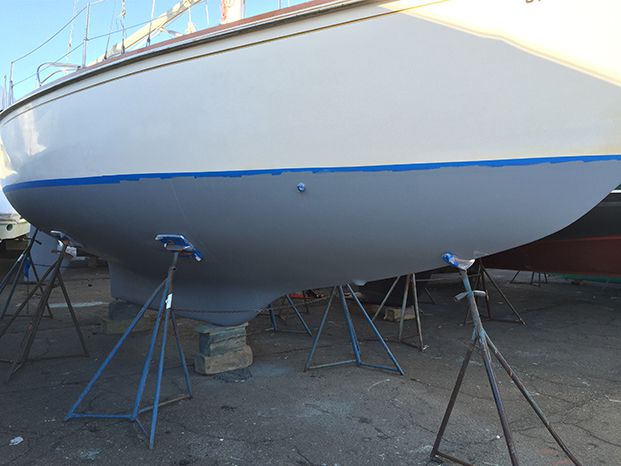 Yes, some of the upgrades were prosaic, but necessary. It’s hard to wax poetic about your bottom paint. But we’re still swooning over the addition of a Selden roller furler installed last year, and the Garmin GPS Map XS/NavPod combination. She came with a 40-hp. Yanmar 3JH,which now has 1,621 hours—a laudable and proven upgrade over her original Universal. A prior owner modified the centerboard uphaul, so that’s been checked off the list. We also think we’ve done right by the boat in replacing and re-bedding her four coach roof port lights, and glassing this portion of the interior ceiling. Of course the boat’s teak toe-rail, dorade boxes, cockpit coaming, cockpit table and boarding ladder steps have been touched up in Bristol fashion.

It’s been fun, but it’s time for the next steward to enjoy this fine example of mid-20th century production boatbuilding arts. The finest compliment she was ever paid came from a yard worker prior to a winter layup a couple of years ago.

“’78 Bristol? That’s when they really knew how to build boats.”

If you’d like to learn more, shoot me an email at Tcole@belvoir.com. I’ll send back a .pdf with photos, an inventory, and what we believe to be an unbeatable price. Put the word “Bristol” in the subject line.

Timothy Cole is the Publisher of Practical Sailor. 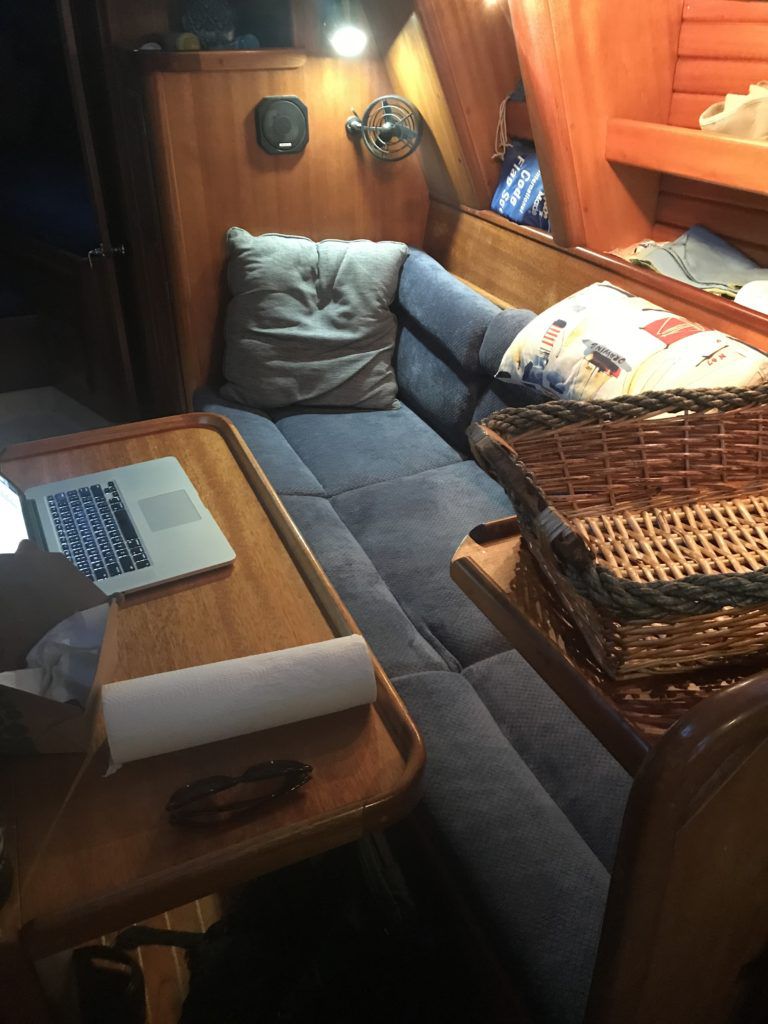 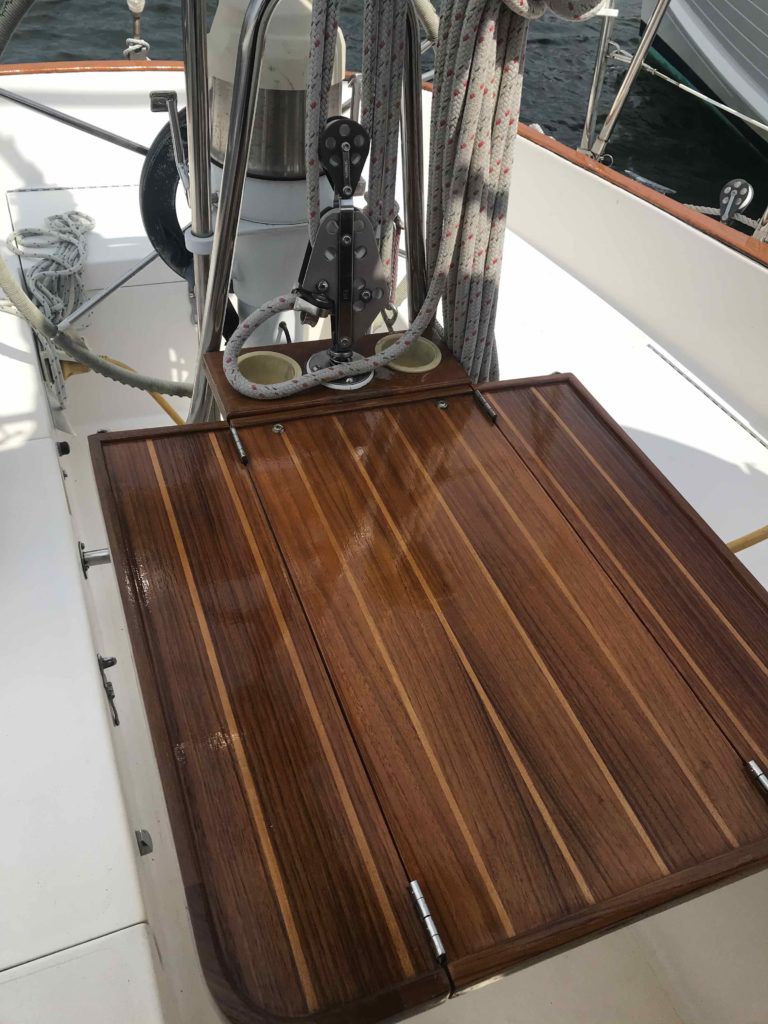 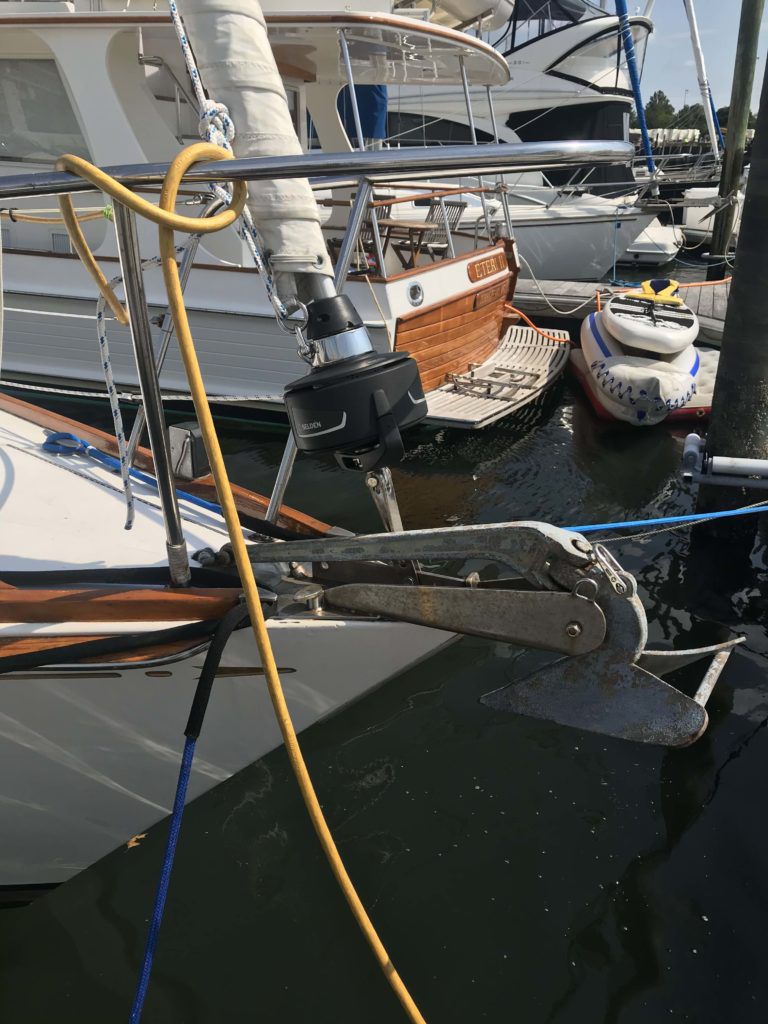 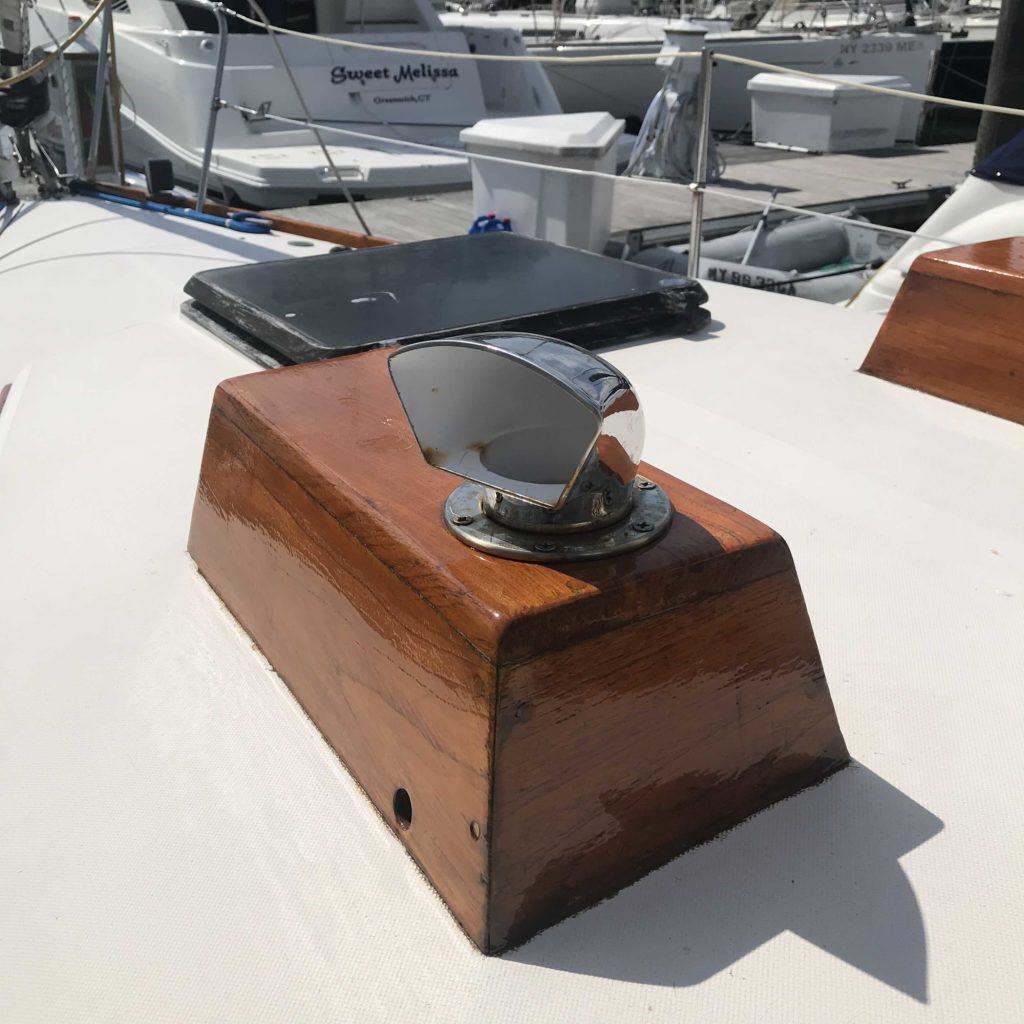 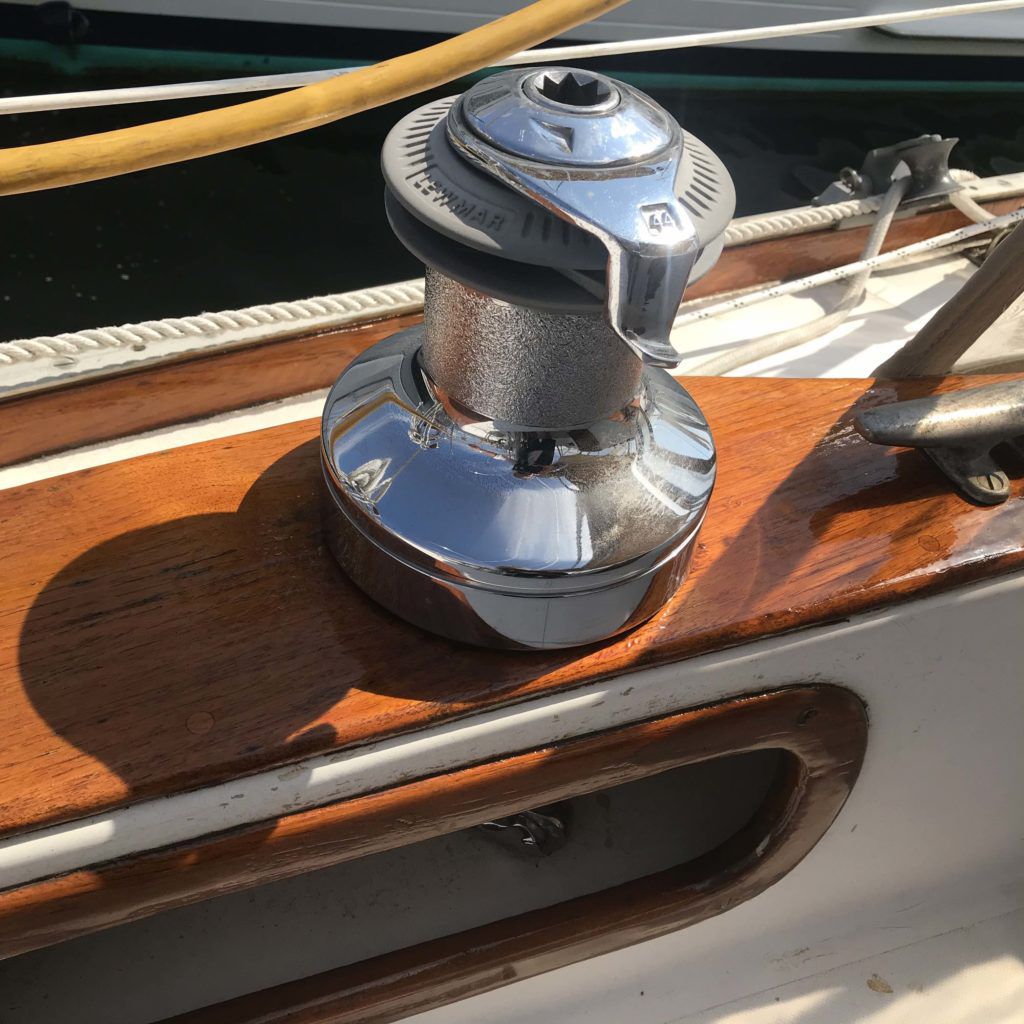