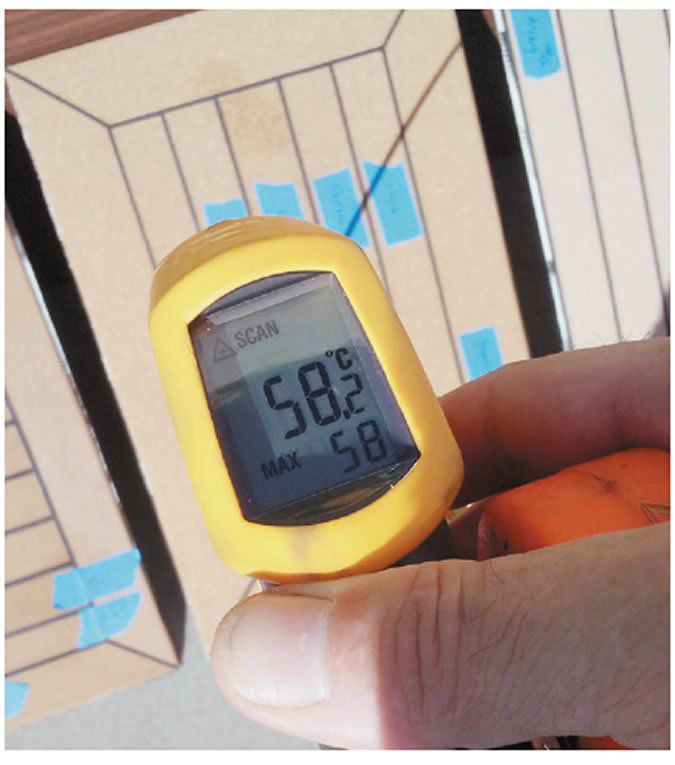 Our recent report on synthetic-teak decking options (see PS December 2015) raised a bit of a ruckus among the contenders in what is an extremely competitive market. The main bone of contention was our reported temperatures of the various materials after they were left in the sun. Several manufacturers reported that the temperatures we listed in the table accompanying the article were not consistent with their own findings.

Readers familiar with the report will remember that we tested the temperature of these faux teak surfaces in two ways. First, we had three testers feel each surface with their hands, keeping it on each surface for 30 seconds. The samples were blindly paired against each other, round-robin style, and then ranked. The second way we checked temperature was by recording the surface temperature with a Fluke infrared thermometer; these readings were the temperatures listed in the articles accompanying table.

The manufacturers complaints prompted us to repeat the test several times, record the data again, and then tally the re-testing results. After multiple rounds of re-testing, two things became clear, and although these observations were stated in the article, they did not get the emphasis they deserve, which led to some of the confusion.

First, the surface temperature reading is just that, a temperature reading of the thin layer of matter at the top of the synthetic decking. It does not reflect the conductivity of the material or how hot it is on the underside, where it meets the boats deck, or even how hot it feels to stand on for a period of time. Thus, surface temperatures from an IR thermometer can be misleading; the clearest example of this is the Marine Deck product, which is made with cork, the best insulator of all the materials we tested. The Marine Deck consistently showed a slightly higher surface temperature than some of the lighter-colored, plastic-based decks that were not nearly as effective insulators. Clearly, the surface readings we recorded were closely tied to color more than anything else.

The second observation was that in the subjective touch test, the duration of the hot feeling is important. Again, we refer to the Marine Deck. In the initial round of testing, the cork deck also was indeed hotter to touch than some of the lighter-colored plastics-at first. However, once the hand or the foot absorbed the heat at the surface, the material immediately became noticeably cooler. This change was not so apparent to the testers during the first test, which was a particularly hot day (94 degrees ambient temperature). Only in the second round of testing (in 84-degree ambient temperatures) did we notice this effect.

As a result of our followup testing, we have removed the temperature readings from the articles table online, as we feel they may be misleading.

Our advice regarding temperature is commonsense. If a cooler deck is what you want, go for the lightest color you can tolerate. The other factor to consider is density. The least dense materials will usually be cooler and will be better insulators. Both the Dek-King and Flexiteek offer 2G materials that are less dense and lighter than their previous versions. These clearly cooled down faster during the touch test than the denser materials we compared them too, and they deserve a Recommended rating; the online report has been adjusted to reflect that. These deck materials are currently undergoing long-term testing, so we will have more to report in about a year.