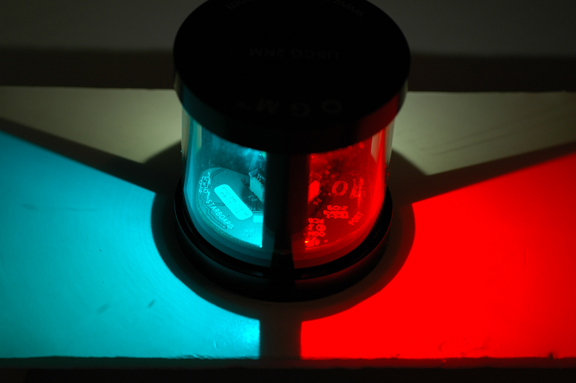 If you have your mast down this season or are contemplating an annual inspection aloft, it is a good time to consider a switch to an LED tri-color mastlight, which can cut the mastlight’s energy consumption by 90 percent. Back in 2010, Technical Editor Ralph Naranjo looked at six bulbs and lanterns and compared light output and energy consumption. He also checked for interference with VHF radio reception-a common complaint among early versions of several lights.

In the past, the most popular means of meeting the U.S. Coast Guards navigation light requirements for boats under 65 feet (see Nav Light Requirements, below) was to use an Aqua Signal Series 40 tri-color lamp housing with its long-filament incandescent bulb. Its 25-watt energy appetite not only puts a significant load on the house battery bank, but it requires a heavier-gauge wire be run up the spar in order to avoid an energy-robbing voltage drop. Swapping out the incandescent bulb for an LED drops power consumption significantly and yields just as bright of a light-a great return on your investment so long as the legal requirements are met. During a 10-hour night sail, this results in reducing current consumption from about 20 amp-hours down to a scant 2 amp-hours. This savings adds up, and the extra cost of the LED bulb or light will pay for itself in longevity and energy savings.

What accounts for this great efficiency? Since the late 1960s, LEDs have followed a trend that amounts to almost a doubling of light output every 36 months. (If Wall Street had done the same, a $100 investment made in 1969 would today be worth over $500,000.) Skipping all the esoteric physics, understanding how an LED lights manages such efficiency is a simple concept to grasp: By passing a current through certain semiconductors, the electron flow results in the emission of light. Modern LEDs comprise an anode (+) and cathode (-) that meet in a tiny cup-like reflector that contains an n and a p layer of semiconductor material.

In order to achieve white or colored light, phosphor coatings are used. Another significant breakthrough is the prism-like lens and epoxy-sealed cavity that bundles up many of these semiconductors. The resulting “bulb” reflects and refracts the light energy produced, delivering a color-controlled beam. The plasma-like brilliance of a single-source light creates lens and reflector challenges that each light manufacturer has to deal with.

Because of this challenge, you have to be careful about simply swapping out bulbs and using your current lens housing. Although this can significantly reduce the cost of changing from incandescent to LED, it is important to match the bulb with the housing for which it is designed. Otherwise, your new masthead light and bulb might not have the brightness or color that you need, and is required by international rules. In fact, the approval process for running lights require that a running light be tested in its designated lens, so although a mismatched bulb-housing combination might meet the color and output of the incandescent light it is replacing, it might technically be out of compliance. Even if you decide that saving money is worth the risk of non-compliance with international and federal code, you should at least do a carefull visual comparison of the new and old light combinations.

When it comes to navigation lights aboard sailboats, brighter is definitely better. And our tests of LED nav lights proved that more light can indeed be made with less energy.

Rule 25 of the U.S. Coast Guard’s rules state that a sailing vessel shall exhibit sidelights and a stern light. Boats shorter than 65 feet may have these combined in one fixture (a tri-color masthead light). To comply with accepted standards, the lights must meet the following visibility minimums: 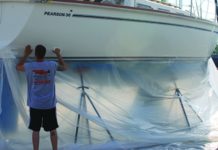 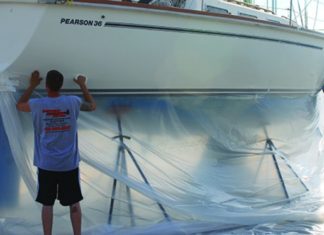