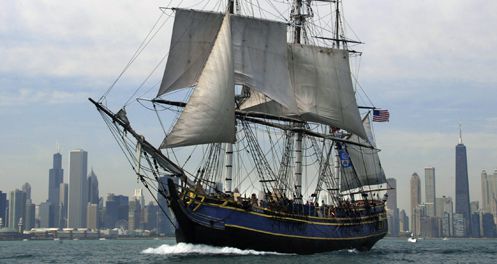 By now most every Practical Sailor reader is probably aware of the fate of The Bounty, the tall ship of Hollywood movie fame. It sank in stormy seas off Cape Hatteras on Oct. 29, as Hurricane Sandy bore down on the Northeast. At the time of this writing, the ships captain, 63-year-old Robin Walbridge of St. Petersburg, Fla., was still missing at sea. Crewmember Claudene Christian, 42, was pulled from the water, taken ashore, but pronounced dead in the hospital. In all, Coast Guard helicopters airlifted 14 crewmembers from two life rafts. The rescuers arrived on the scene quickly, not long after the famous ship sank below the waves. Some dramatic video footage of the U.S. Coast Guard rescue swimmers and helicopter crew at work is posted here.

We pray for the ships captain and mourn the loss of Christian. This is a terrible, and tragic loss. While many of the facts surrounding the loss of The Bounty are still unknown, and the accident will no doubt come under all kinds of scrutiny, one thing is clear: Fourteen sailors would probably not be alive today were it not for the U.S. Coast Guard.

Of all the missions that the U.S. Coast Guard is engaged in-ranging from drug interdiction to navigation-aid maintenance-search and rescue is its most important, in my mind. But it does not come without cost. The price tag for a search-and-rescue operation like the one launched to save the crew of The Bounty is difficult to gauge. Every rescue entails hidden costs-not just in dollars, but in lives. In March of this year, four Coast Guard officers died while training for a mission similar to the one that saved The Bountys crew. Is it worth it? In 2011, the Coast Guard responded to more than 22,000 search-and-rescue cases and saved more than 4,000 lives. It would be hard to argue that dollars spent on search and rescue offer a bad return. But that doesn’t mean they can be squandered.

Rolled into the U.S. Department of Homeland Security in 2002, the U.S. Coast Guard is engaged in 11 different missions, each with its own tough challenges. In addition to saving more than 4,000 lives, the Coast Guard inspected over 21,600 shipping containers, interdicted over 2,000 illegal migrants, and prevented 300,000 pounds of illegal drugs and millions of gallons of oil from reaching our shores. Its FY 2013 budget was just shy of $10 billion. With an aging fleet of cutters, it is the epitome of a government agency stretched thin.

But as citizens and sailors, we need to be aware of how our Coast Guard dollars are spent. With such a wide range of missions and stations all over the country, the Coast Guard is an easy target for pork barrel projects. During past budget appropriations hearings on Capitol Hill, committee members promoted pet projects that ranged from ice breakers to learning centers and costly new piers-some of them priorities; others clearly not. Another concern is that the Coast Guards new status under the Department of Homeland Security has entangled it in a bureaucratic web that robs it of much-needed autonomy.

And then there is the question of priorities. Is marine safety and search-and-rescue getting the short shrift under the Department of Homeland Security? Already, were seeing some expansive vessel monitoring programs clearly aimed at national security being billed as marine safety initiatives.

Next month, well feature an article on the Coast Guards early research into search-and-rescue drones, autonomous aircraft similar to those being used in the war in Afghanistan, but redesigned and equipped for search and rescue. Its an interesting project, still very early in the research and development stage, and I am curious to hear what PS readers think of this type of project, and in a broader sense, how they feel about the future of the U.S. Coast Guard. 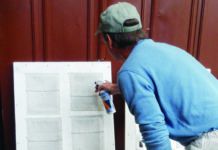