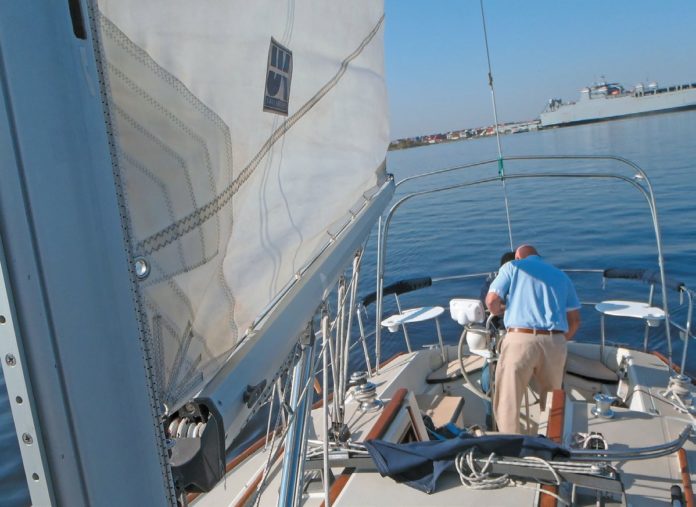 Summer is in the air. Flowers are blooming, birds are chirping and everyones fancy turns to boat buying (you were expecting me to something more rational, like love maybe?).

A test sail is a great way to weed out the painted vixens before spending your hard earned cash on a marine survey. Sure, you could ride around with a Mimosa in one hand while the broker regales you with tales of far away, exotic lands, but a smarter move would be to approach your test sail with planning and a critical eye. Heres how to glean as much info as possible about your potential purchase during a test sail.

A test sail is typically shorter than a formal sea trial, so you may not have time to do all of the tips below. Concentrate on the ones you feel will yield the most information in the amount of time you have. If you’re not 100 percent confident in your ability to do any of them, just leave those for your surveyor to conduct during his sea trial.

1. Ask the owner or broker not to warm up the engine before you get there. You can learn a lot from a cold start, but the most basic observation is how hard the engine is to start-a perfect time for weak batteries and other such problems to rear their ugly head.

2. Check the bilges (bilge water level, presence of oil, etc.) and compare with how they look once you’ve returned to the dock.

3. Check the engine oil and coolant levels, as well as the transmission oil level, before and after the trip, confirming correct fill levels and noting any changes that could indicate leaks.

1. Record oil pressure, temperature and voltage output for the engine at various speeds (slow throttle, half, full, and cruising speed).

2. Inspect stuffing boxes, dripless shaft seals, and rudder glands for leaks. It’s not unusual for these to be dry at the dock, but leak while the vessel is underway and making way.

3. Check the shaft for vibration at various speeds. If there’s visible wobble, you can get a rough idea of how bad the problem is by touching the top of the gear box. If you can feel it there as well, the issue needs to be corrected sooner rather than later.

4. Note the engine manufacturers maximum recommended RPM and after the engine has warmed up a bit, ask that it be run at full throttle for a short distance. The RPM at wide open throttle should be within 100 or so of the specs (depending on the engine). A maximum RPM higher than recommended could mean the prop is too small, while a slower RPM could indicate a prop that’s too large in pitch, diameter or both.

While running at maximum speed, verify that actual speed matches advertised speed. This is also the time to look for any unusual sights and sounds-burning smells, smoke, vibration, excessive broker sweating, etc.

1. Raise all sails and inspect each for condition (repairs, damaged threads, chafe, etc) as well as ease of raising and lowering. Make a couple of tacks to see how the boat handles.

2. Standard maneuvers while under power include a back-down test and figure-eight turns. The back-down test (reducing throttle quickly while shifting from cruising speed to neutral, then to reverse, then increasing power) lets you check the engine mounts for excessive movement. Just be sure to provide sufficient time when shifting between forward and reverse. Worn or misaligned engine mounts cause shaft alignment problems, meaning the mounts themselves may be bad or due for replacement in the near future. Figure-eight turns at cruising speeds are useful to verify maneuverability, handling and that the vessel has an equal turning radius to port and starboard.

As you can see, there are plenty of things you can do to make a test sail productive, but that doesn’t mean you can’t have a good time as well. You can still listen to the raucous tales of the owner or broker – just tell them to hold off on the margaritas until after your work is done.

Capt. Frank Lanier is an accredited marine surveyor with over 30 years of experience in the marine industry. His website is www.captfklanier.com. 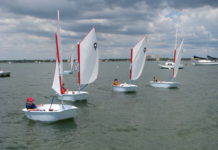 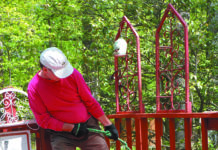