While permeation of waste gases through flexible sanitation hose is a major source of odors in the head, it is not the only one. Let’s take the sources one by one.

Hose
We believe that replacing flexible white PVC sanitation hose with SeaLand OdorSafe hose will help eliminate odors. But it, too, will eventually fail, albeit after a much longer time. You can prolong the lifespan of OdorSafe or any sanitation hose by eliminating low spots in the installation where sewage collects. No sewage sitting in the hose, no hose failure. Hence, vigorous flushing of the hose helps, too. This is fine if you’re offshore and pumping directly overboard, but if pumping into a holding tank, overflushing fills the tank that much faster.

Rigid PVC
The tests proved what we already knew, that rigid PVC pipe contains odors. When replumbing the head aboard our 1975 Tartan 44 test boat some years ago, we used rigid PVC as much as possible—between the holding tank and discharge pump and seacock. Of course, you can’t connect rigid PVC directly to them, so need to switch to flexible hose, using adapters. This also helps protect the rigid PVC from cracking should it be exposed to forces when the boat is crashing around or twisting slightly.

Freshwater flush
Not all head odors emanate from sewage; in fact, considerable malodors arise from the toilet bowl itself: rotting organic matter such as seaweed and krill. Some toilets, such as SeaLand’s VacuFlush, use freshwater rather than seawater for flushing. While this may not be practical for the blue water cruiser, on other boats it may make a lot of sense. We had one for several years and found it only required several pints of water per flush; when the freshwater tank could be refilled at a nearby dock, “wasting” potable water on toilet flushing wasn’t a big deal.

Peggy Hall of The Hall Group, Inc., well-known on Internet sailing forums for her expertise in marine sanitation, recommends shutting the seacock when leaving the boat, pumping the bowl dry, and then pouring a quart of freshwater into the bowl and pumping that through the system. She says, “…this routine when leaving the boat will solve most odor problems.”

In-line deodorizers
There are a number of in-line chemical dispensers that treat the seawater between the intake seacock and toilet pump. A crude metering device allows a small amount of a blue tablet to dissolve into the flush water—sort of like the giant in your toilet bowl. The chemicals are supposed to be nontoxic, biodegradable and not harmful to the environment. These disinfectant/deodorizers also seem effective. Two we’ve tested (March 1, 1996) include the Earth Safe ($29.99) and Tank-ette ($44.95; $34.99 from BOAT/U.S.).

Holding tank treatments
There are innumerable tank additives—chemicals, bacteria and enzymes—formulated to deal with holding tank odors. Some simply mask it, others break down and emulsify solids. Peggy Hall explains that waste contains aerobic (needs oxygen to survive) and anaerobic (lives without oxygen) bacteria and that only the latter is malodorous. If the waste is well ventilated with fresh air, the aerobic bacteria will overcome the anaerobic bacteria and the holding tank won’t smell. She recommends a 5/8″ or 3/4″ vent hose no more than 3′ long and without sharp bends.

Maintenance
Everything gets old and deteriorates over time. Rebuild the toilet pump periodically. Empty and rinse the holding tank and hoses with freshwater. And replace hoses you suspect are permeated with malodor.

One way to identify failed hose is to rub a clean cloth over it and sniff it every foot. Subjective sensory tests—a technique more formally known as organoleptic testing—do not, in general, produce quantitative results. And, of course, when it comes to identifying specific sources of sewage aroma, it’s not easy to find willing noses (a phenomenon that’s been described as recalcitrant organolepsis).

Your crew, of course, will not hesitate to notify you of any general malodors in the cabin, nor will they hesitate to demand that you do something about it. 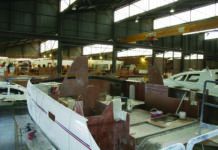 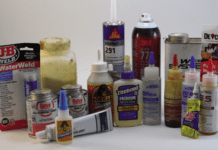 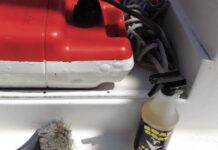