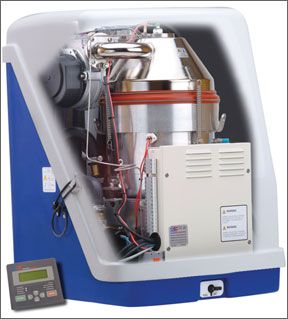 Your article and subsequent letters about waxing fiberglass have been interesting, but what about those of us with linear polyurethane (LPU) painted hulls and topsides? Do the same materials and processes apply? What do we do with little dings and bumps?

LPU paint is a thin, hard coating in comparison to gelcoat, and does not have the same ability to be compounded and waxed. It can be cleaned with a mild, non-abrasive detergent, and some can be waxed. But once the gloss is gone, it takes very careful use of a fine rubbing compound and wax to extend the coatings life for an extra season or two.

The one-step waxes compared in our April 2007 issue were not tested on LPU paints because most contain an abrasive that, with repeated use, would shorten the life of an LPU paint.

Manufacturers often specify what cleaners and waxes they recommend. For instance, Interluxs One-Step Wax is not among the recommended products for its Interthane topside paint. However, its Premium Teflon Marine Wax is fine. The folks at Awlgrip say that you simply should not wax the Awlgrip finishes and that you should clean it only with their Awlwash cleaner. (Weve used mild soap, with vinegar and hot water with fine results.)

Eventually, repainting is necessary, and if a good, two-part epoxy primer was originally used, the refinish may require only spot repairs, careful sanding, and a new finish coat.

Fixing dings in an LPU finish is more difficult than repairing the same damage to gelcoat. The highly reflective surface makes blending new spray paint a complex affair, requiring careful filling and leveling of the scrapes and gouges, spot coating with primer, and wet sanding to an absolutely smooth, even contour.

Finally, an area slightly larger than what has been wet-sanded is re-sprayed with a glossy topcoat color matched to the faded original paint, and perhaps even over-coated with clear LPU. As the paint cures, a perimeter ring of overspray will be very apparent, but by carefully using products such as 3Ms rubbing compound, followed by their scratch remover Finesse-It II, this halo can be removed. Over time, the repaired area is likely to age differently than the original coating and some discoloration may develop. LPU paints are definitely hard, durable, glossy, long-lived finishes, but they just arent as easy to repair as gelcoat.

I have a split backstay on a Beneteau that goes to the masthead. I want to have an adjustable backstay for heavy-air conditions. It is common on Catalinas to have a set of pulleys to pull the split together to adjust backstay tension. I have heard a variety of opinions on the safety of this modification. Obviously, the backstay was not designed to be bent like this but is it a potential problem? Do you know of any backstay failures that have occurred because of this?

Placing side loads on standing rigging is never a great idea. The rig designer sized the wire and fittings based upon the righting moment generated by your vessel and then added a safety margin to contend with fatigue and to provide a fail-safe buffer. Introducing unanticipated loads, especially ones that induce side loading, add unanticipated stress and strain to the rig.

If the chainplates, toggles, turnbuckles, and other fittings associated with the twin backstays can handle the changes in lead angle-and the designers safety margin allows for side loading the backstays-a pair of blocks with wire-designed sheaves could be added and a tackle used to tension the headstay in stronger breezes. However, the rig designer for your specific model Beneteau should have the final say.

Practical Sailor Infant Life Jacket (June 2007) is exactly what weve been looking for. Ive always wondered why we have all sorts of gear to protect toddlers on the sidewalk, in the car, on a bike, etc.-and no U.S. Coast Guard-approved vest to help keep the kids in the boat and/or afloat. Sure hope the folks at MTI, Mustang, and Body Glove are taking note. Ill be first in line to buy one of these, if theyll make it.

Ive been following a debate between different sailors on which material to use in anchor rodes, polyester or nylon based. One group claims that nylon loses much of its strength when wet, the larger stretch generates equally large internal heat, and thus become less abrasion resistant and will break at far less than their “stated” working load. The other group maintains that

polyester generates more heat and is more prone to abrasion.

Have you ever done any research on this?

Inter-fiber friction creates enough heat in line to negatively impact its performance, especially when anchor rodes or docklines rub against a hard, metal bow chock or other fair lead. When considering the replacement of aging docklines or anchor rodes theres more to consider than the length and diameter of the line being replaced.

Practical Sailor is teaming up with the crew at the New England Ropes test lab to measure the effects of UV and chafe on older line and get a feel for how a decade worth of sunshine, acid rain and countless surges affect bow, stern, and spring lines.

In your reviews of inexpensive VHFs in October 2006 issue, you wrote that all of the radios are waterproof. The Uniden Atlantis 250 that was included in the article is actually rated JIS-4: “Protected against splashing water: Water splashed against the enclosure from any direction shall have no harmful effects.” You have to get to JIS-7 before it means that the radio will work after submersion in up to 1 meter of water for up to 30 minutes.

Weve often found that the JIS and IP ratings used by the marine electronics industry to rate waterproofness have little to do with reality. The manufacturers claim of “waterproof” is even more misleading because only by reading the specs and then by referring to the standards cited can one find

out what the manufacturer regards as “waterproof.” We gave all the VHF units our own waterproof test (30 minutes in a five-gallon bucket), which has been a reliable guide for more than a decade. We since have amended that test to increase immersion depth to 1 meter, as specified by JIS-7. Oddly, the JIS-4-rated Uniden held up to that test. More commonly, weve had units that were rated to JIS-7 fail-like the Lowrance H20 handheld GPS (see “Pint-size Navigators Put to the Test,” November 2006). It is more rare to have a product under-rated. However, readers should be aware that the Uniden is not meant for immersion.

I recently attended the annual SAE Automotive Congress Exhibition in Detroit. I ran across a company that makes high-tech steam engines.

The self-proclaimed attributes appear impressive for energy utilization and multi-fuel capabilities. I have not seen much information on power output or system packaging. There appears to be some effort on their part to apply a marine spin to this product, however Im not aware of any in the field.

www.victronenergy.com introduced a similar product called the Whispergen a few years back, and it has now reappeared at the New Zealand company Whispertech (www.whispergen.com). Victrons founder Reinout Vader crossed the Atlantic in his 50-foot trimaran, Sound of Silence. The boat derived most of its heat and power needs from a small DC generator (12-volt) that was driven by a Stirling engine, an external combustion engine first patented in 1816. (Note: Cyclone does not use a Stirling.) The Stirling runs very quietly and produces minimal exhaust emissions. The engines maximum output, according to Vader, was 18 kilowatt hours per day. The boat carried four 95-amp-hour batteries, a washer/drier, a dishwasher, a microwave oven, a freezer/refrigerator, an electric stove, a watermaker, and various other appliances. To meet these demands, two combination inverter/chargers could be connected in parallel to boost the output (via stored energy in the batteries). Such an engine is theoretically 95 percent efficient in turning diesel into usable energy, if-and this is the catch-you use the waste water to generate heat. The small units were apparently popular in Europe for off-the-grid ski cabins designed with low emissions and energy-efficiency in mind.

Great article on anti-corrosives (April 2007). I just bought Lanocote spray and paste. It came highly recommended by a rigger.

Weve got it and are doing a followup. The editor has used a similar New Zealand-made product on his galvanized turnbuckles and rigging with good results.

Im about to order new clutches for my 50-foot, steel hull motorsailer and am redoing all the running rigging using mostly Garhauer hardware. Id like to know more about the Garhauer clutches and how they compare to the test results for the Lewmar D2.

We now have the new Garhauer clutch and will be testing it soon along with some other clutches that appeared after our test, including a new series from Spinlock. Typical of Garhauers other unibody designs, this clutch is milled from a solid piece of aluminum. It appears most similar to the Antal unit in our previous test. One interesting feature is the extendable lever, which makes it easier to lock and release the clutch.