Testers evaluated sandability, resistance to sag, cure time, and adhesion using sample fiberglass panels with 3-by-3-inch test swatches. The fairing compounds were applied and cured in temperatures ranging from the low 60s to the mid-80s. Each test was repeated three times, and the results were averaged. The shaping test involved closely timed periods of even sanding using a block sander and new sheets of 80-grit sandpaper. Testers observed each materials tendency to clog the sandpaper, and measured the volume of accumulated dust after four minutes of sanding.

To evaluate hardness, testers created several molded sample coupons of each filler. A Gradco pencil hardness test kit was used to quantify the findings. The hardness testing utilized five different lead grades (H6, H3, H, B3, and B5) to determine the relative hardness of each epoxy filler.

The molded coupons were also used to measure adhesive ability. To test adhesion, we applied each filler to an inverted cup mold. The mold had been washed in order to degrease the surface, but there was no additional effort to sand or prep the surface. The assumption was that the inherently poor adhesive nature of the thermoplastic would result in a very poor bond. The adhesion test involved both dry tests and submersion testing in hot water. As expected, some of the coupons lost their grip on the cups while others remained adhered throughout.

Finally, each inverted cup was dislodged using a large, wide-bladed chisel, which provided some interesting subjective insight into the relative adhesive strength of the various epoxies. 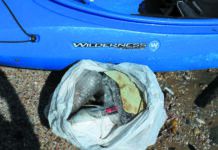 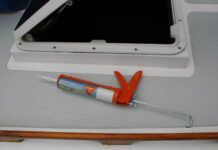 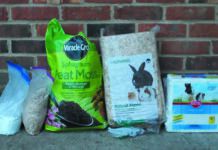