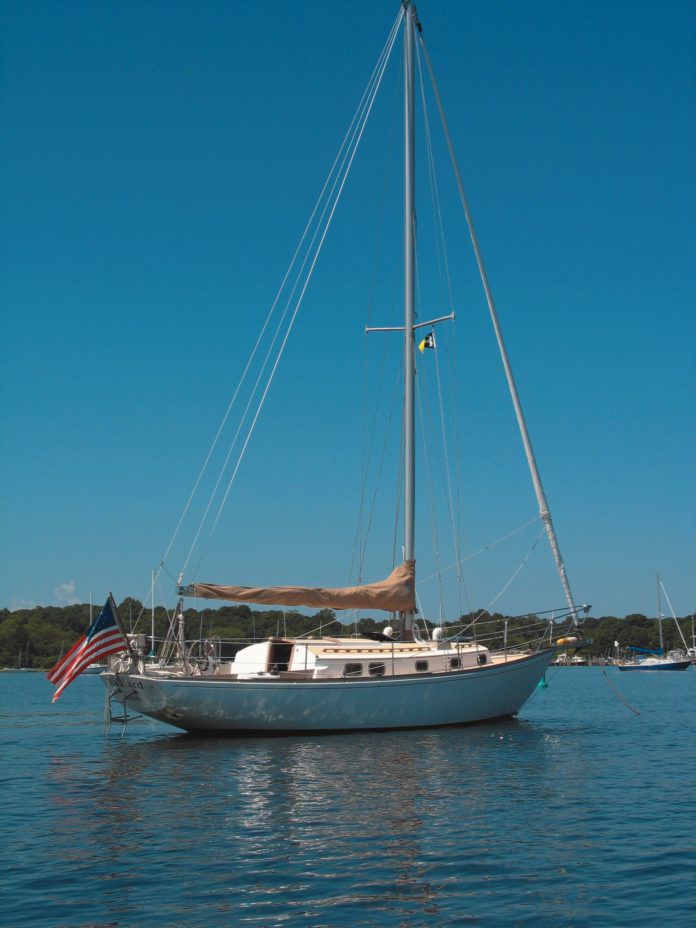 I read the September 2015 article about algae control and thought the Clorox Pool and Spa Algae Eliminator would be just the thing to clean an old North Norlam sail (Mylar/polyester laminate) that came with my boat and is very discolored with mold. I used a two-gallon pump sprayer and soaked both sides of the sail with the articles suggested 2-percent solution. I noted that the bottle did not make as much solution as I expected; I determined that the posted dilution was incorrect. It should actually have been 0.2 percent, which PS later confirmed.

I am concerned about the effect the overly strong solution might have on the sail. I did not wash it off the sail, or scrub it with a cleaner. Is there a possible problem? What should I do at this point?

It has been several months now, and I have noted no degradation of the material. Unfortunately, I also have noted no difference in the appearance of the sail.

The good news is that I have had success using the 0.2-percent solution in other applications. I cleaned my freshwater tank, which had developed algae spots, and it has remained spotless. I sprayed down the bilge and all the lockers, and the boat smells much fresher. I also used it on my foul-weather gear and shoes and have had no smell issues with them.

We apologize for the confusion over the dilution amount in the original article. However, using a heavier dose of the Algae Eliminator should not harm the sail. We did not test the product on laminate sails, but we did test it-at full strength-on soft vinyl window material (Regalite), polycarbonate, acrylic, gelcoat, and BriteSides paint; we soaked the samples for one week and noted no changes in their appearance. Also, it is common practice to use this chemistry to treat clothing and laminates (GoreTex), so we believe there is very little risk to using a heavier than necessary dose, even on sails. We would not use it with Kevlar or nylon sails, however, as they are quite sensitive to chlorine/bleach.

Since the product has had plenty of time to soak into the sail, we suggest unfurling the sail and quickly rinsing it off with fresh water to remove any excess Algae Eliminator.

As you noticed, products like Algae Eliminator will not remove mildew stains from sails-particularly laminates as laminates grow fungus more readily than woven polyester because the film is impermeable and moisture cannot escape

Algae Eliminator and similar products will only kill the mildew growth. That growth must be removed by other means. Try washing the growth away using a mildew cleaner like diluted Tilex or MDR Amazing Mildew Stain Away (see PS July 2009); a less invasive option would be using a soft brush with mild soap and freshwater. For mildew, some sailmakers advise simple household bleach, a 5.25-percent solution of sodium hypochlorite-wed use a highly diluted blend first. All of these contain chlorine, so use sparingly and rinse thoroughly.

For more tips on cleaning of sails, be sure to check out the editors blog post from Dec. 15, 2015, Dealing with Dirty Sails. Also, look for an update to the September 2015 article. We are testing Star brites new mildew-killer, Performacide, which can be used with other products (a cleaner and a protectant) for a three-step attack on mildew.