Since we last looked at onboard Wi-Fi antennas/boosters (PS, April 2010), there have been no notable newcomers to the field, but there have been some technological advancements, particularly by the Canadian company Bitstorm. In 2010, we favorably reviewed the Bitstorm unit, so we decided to check out the latest version of the device to evaluate the improvements. Testers put the 2014 Bitstorm Bad Boy into long-term testing during an extended cruise along the Florida Gulf Coast.

Most Wi-Fi boosters and antennas designed for shoreside homes or offices don’t work well on boats because their ranges are very limited. In the past, we only looked at units with an external antenna and a dedicated receiver/transmitter/amplifier. There are USB-type units that plug into computer or laptop USB ports, but running long-distance USB cables presents power problems, so weve narrowed our interest to Power over Ethernet (PoE) bridge units that network via your computers Ethernet port to provide a pathway to the Internet. The Ethernet cable can carry the signal over several hundred feet, easily as far away from a sailboats nav station as the masthead. Most of the current units are also capable of establishing an onboard Wi-Fi hotspot, which you can connect to with a PC notebook, smart phone, or digital tablet.

The Bitstorm Bad Boy has been totally redesigned since we reviewed it in 2010. Rather than the stock Ubiquiti receiver/transmitter other makers use, Bitstorm features proprietary firmware and hardware, including a custom antenna, Ethernet cable, and 12-volt power injector. The power injector provides filtered and regulated power to the Ethernet cable to power the system.

For the receiver/transmitter/amplifier, Bitstorm offers the choice of the Xtreme N or Xtreme MJ (metal jacket). The innards are identical, with the only difference being in the units housings. The company advertises the Extreme N as being weatherproof and the Xtreme MJ as being waterproof. We had no problem with water intrusion in the weatherproof version we mounted outside, but for those cruising in harsh conditions or over the long term, the $40 difference may be worth paying for the waterproof version.

The antenna- custom made for Bitstorm by Hwa Yao Technologies in Taiwan-for both models is an 8-dbi omni-directional whip, which screws onto the top of the housing, eliminating signal loss associated with cable. The antenna is designed to match the output drive stage for the Xtreme. Unlike most antennas, which use a standard fiberglass casing filled with a variety of internal components, Bitstorms antennas are designed to be as small as possible to reduce windage. They have no wasted space and are totally sealed as opposed to vented like most antennas.

The antenna and Xtreme can be attached to the boat through a variety of mounts: flush-mount or rail mount, or a particularly nice stainless-steel backstay mount.

We also tried Bitstorms optional on-board router, the Unleashed, which takes the signal from the Xtreme and rebroadcasts it on board, forming its own private hotspot, so you can connect multiple computers, smart phones, digital tablets, etc., wirelessly and simultaneously. The Unleashed will handle up to 100 connections to on-board devices. With the Unleashed, you plug the Ethernet cable into the Unleashed rather than into your computer.

The custom FIRECAT outdoors Ethernet cable is led from the antenna to the boat cabin, and a conventional Ethernet cable connects to the computer or to the Unleashed Wi-Fi hotspot.

The 15.5-volt PoE injector also is manufactured by Bitstorm. The outdoor Ethernet cable plugs into one side, and the interior cable plugs into the other. Users need to attach 12-volt positive and negative wires to the PoE. The PoE comes configured to provide power to the antenna and Xtreme. If you choose to get the Unleashed Wi-Fi hotspot, you have to change jumper pins so that power is also sent to the Unleashed through the Ethernet cable.

The setups power usage-including the Unleashed-was minimal, typically in the range of 200-300 milliamps, less than our ability to measure it precisely.

Installation was straightforward. The most difficult parts were snaking the Ethernet cable from the antenna into the boat and wiring 12 volts from a breaker to the PoE. If you choose to shorten the Ethernet cable, Bitstorm includes a cable stripper and junction box, but we chose to just coil the excess cable.

Once powered up, you connect to the system through an Internet browser (Safari, in our case). If you have the Unleashed router, it is automatically integrated with the rest of the system. The interface is simple and clean-a noted software improvement over earlier Wi-Fi antenna systems. The screen has three tabs: link setup to choose a shore-side hotspot to connect to; status to show the strength of the connection; and system, which lets you change settings, passwords, etc.

One distinctive aspect about the link setup screen is that the first thing is to choose the country youre in. As it turns out, different countries have different Wi-Fi requirements and capabilities, and the software will automatically change the settings when you change countries. We had not seen that aspect of operating a Wi-Fi antenna/booster before; other makers don’t highlight it and require you to delve into the software to adjust the settings yourself if youre not in the U.S. or are sailing from country to country.

The link setup tab presents a list of shore-side hotspots, showing the strength of each and whether they are locked (requiring a password) or unsecured (no password). You can click auto connect, and the system will choose the strongest unsecured hotspot.

One notable observation: Compared to previous cruises, we found many, many more hotspots requiring a password on this trip. When we were near cities-Sarasota, Fort Myers, Naples, Marco, and even smaller cities like Englewood-the Bad Boy picked up dozens and dozens of hotspots; all locked. Like most cruisers, we try to always get free access to the Internet, but its becoming increasingly difficult.

Marinas seem less interested in providing free Wi-Fi to their guests than in the past. For example, the large Marina Jacks marina and mooring field in Sarasota discontinued offering free Wi-Fi and turned the system over to a very expensive private operator. One person explained that the Wi-Fi system is a hassle for marinas to manage and that more and more cruisers are using Mi-Fi connections through cell services, so the demand is not as high as it was in the past.

Bad Boy advertises that its system can reach hot spots over 5 nautical miles away and has speeds of over 100 Mbits. We couldn't verify that, since most hotspots don’t identify their location and the speeds are dependent on the shoreside hotspot, not just the onboard Bad Boy. But we did connect to one hotspot that we knew was 4 miles away. It wasnt a strong signal, but it was workable. We also discovered that the strongest signal was often not the best Internet connection, being slower than weaker signals. There was no way to determine best connections except by trial and error.

The devices range is partly dependent on the height of the antenna on your boat-generally the higher, the better. During our test of the system, the antenna was mounted on the bimini, about 8 feet above the water. If we were permanently mounting the system, wed consider putting the antenna at the masthead, on a spreader, or on the mizzen, if we had one.

During our cruise, we had the most luck connecting to marinas or municipal-run hotspots, when we could learn the secure passwords. Only rarely did we find a useful non-secured hotspot. Along the heavily populated west coast of Florida, there were often so many hotspots (presumably one in every other waterfront, high-rise condo) that it was difficult just to sift through the list that the Bad Boy provided. We think the Bad Boy will be more useful in the less-populated Great Lakes waters of Michigan and Ontario, our next cruising and testing ground.

On a side note: Testers did enjoy some of the names that people give their hotspots: CIA, Viruses R Us, Get off my Wifi, C Dockmaster 4 Password, for example.

In our 2010 report, the Bitstorm Bad Boy was the cheapest unit and got our Budget Buy rating. With the upgrades, the Bad Boy Xtreme approaches the price of the Rogue Wave, which was our Recommended device in 2010. The complete Xtreme N kit is $349, and the waterproof metal jacket version is $40 more. If you add the Unleashed router, thats another $149. Even at the higher price, its slightly less than the Rogue Wave, and we think its a good value for a high-quality product. In addition, testers found that phone, website, and email support is excellent, quite a contrast in trying to get information out of Ubiquiti, if you happen to build your own unit. The Bad Boy warranty is one year, and you can buy a three-year extended warranty for $30. 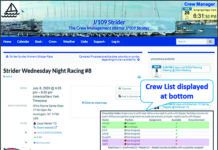 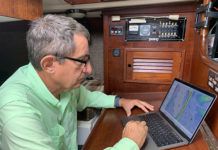 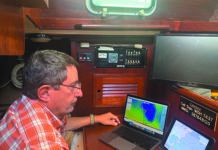