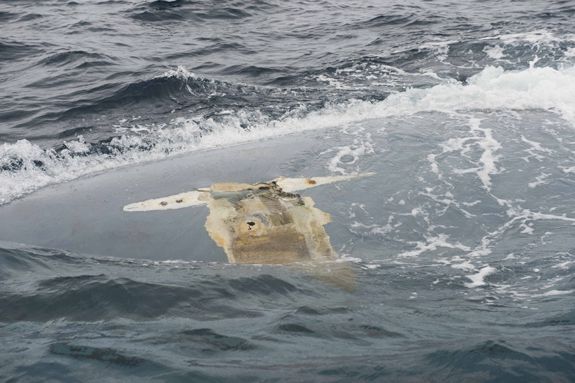 If youve been following the tragic story of Cheeki Rafiki, the Beneteau First 40.7 that lost its keel with fatal consequences while crossing the Atlantic last week, and youre sailing a Beneteau First, or any other production boat with a similar high-aspect, deep-ballast keel, you might be asking yourself, Should I be concerned?

Ill offer the same answer I gave back in 2008 and a year later, in my editorial in the wake of the Cynthia Woods tragedy: Yes, but there’s no need to panic. Like rigging, rudders, and the hull itself, the keel always demands our attention. Signs of weakness in these structural areas can lead to failures with disastrous consequences.

But keels, because are prone to going bump on the bottom, present a special problem. Given the trends toward high performance keels built on a low-performance budget-yes, we should be concerned. Combine this cost-shaving approach to engineering with the lax response that repair contractors and owners-especially owners of boats that are chartered-have shown when keel damage is suspected, and we definitely should be concerned.

How concerned? That depends. How well do you know your boats history? Where do you sail your boat? How old is it? When was it last surveyed? If you have any doubts at all about the integrity of your keel, call in a reputable surveyor who can recommend a course of action. Keel inspection is a complex topic, too complex to address in a single blog post, but we will be reporting on this in the future.

Many keel failures are the result of poor maintenance or past groundings, but some of the failures make it clear that some keel-hull interfaces simply aren’t as strong as they need to be. The boats most prone to this type of failure are those that have thin, deep ballast keels that bolt onto flat, lightly reinforced hull bottoms. It is an arrangment that concentrates intense point loads on the small area of the hull. It requires solid engineering, high-quality materials and construction practices, and impeccable quality control. Taking short cuts, or trying to squeeze a high performance boat out of a low-cost production line is a recipe for trouble.

As far as I can tell, there is no database tracking which boats are most prone to failure, but problems with the keels on the Bavaria Match 42 are well documented. Some J-boats have had keel issues. In 2007, a different Beneteau 40.7, Barracuda, lost its keel, but in that case, the keel pounded on the bottom in heavy seas. In 2008, an older J/80 lost its keel racing on Long Island Sound. If youve got a relatively new boat that has never hit bottom and never raced hard, you are in the don’t panic category.

Yes, keel-ectomies are rare, but the frequency is enough to indicate a problem. People are dying as a result, and this makes the matter that much more pressing.

In the wake of what it called a spate of hull and keel failures in 2007, the International Sailing Federation (ISAF) introduced the ISAF Structural Plan Review scheme that is required under the ISAF Offshore Special Regulations (Section 3.03); located here.

This is required for yachts built after January 2010 racing in Categories 0,1, and 2 races. (Here is where you can find more information on the plan review initiative and a list of yachts with the appropriate certification.)

So then, anything built after 2010 is bullet-proof? Not so fast. As Paul Shannon, a marine industry consultant on structural design and engineering, explains on Scuttlebutt Sailing News: not all hull inspections are created equal.

Unfortunately there are many cases of yachts being certified by organizations without the necessary experience, and the fees that are charged indicate clearly that the design cannot be checked properly, he writes. (See more at: http://www.sailingscuttlebutt.com/2014/05/22/keeping-keel-attached/ – sthash.Zu7gs6bg.dpuf)

And the fact remains, the vast majority of boats still out there were built before the new rules took effect in 2010. The imbroglio over keels reminds me of the time a media company brought in a new management consultant, who gave a pep talk to the staff. From now on, he said, You are going to do things faster, better, and cheaper. Somewhere in the back of the room, a bitter skeptic muttered: Pick two of the three.

Bottom line: As long as the end-game is to produce race-ready boats faster and cheaper than ever before-a better, safer boat will never leave the drawing board.

If you are concerned about your keel/hull interface, below are some links to provide some background information.

If you’ve had experience with keel failure, please drop me a line at practicalsailor@belvoirpubs.com.