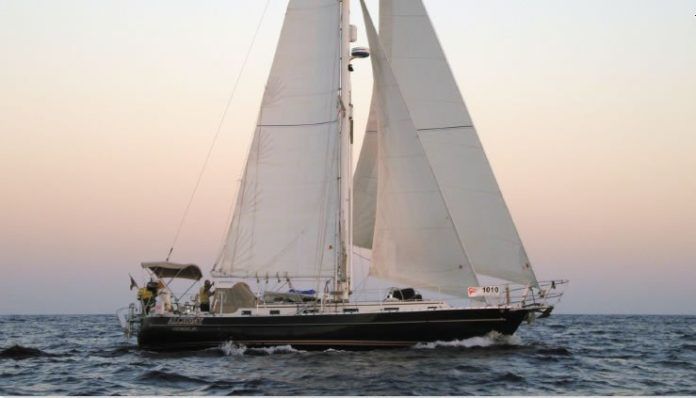 I found the Creating a Custom Medical Kit article (PS July 2014) to be largely excellent with one caveat: There were a number of mentions of suturing and suturing kits, which suggests that this is an important skill to have and use.

I have taken courses (most recently with Jeff Isaac, organized by Ocean Navigator) on offshore emergency medical issues, and there are many who believe that suturing on board is generally not wise. Its much better to butterfly bandage or some other less zip-locked method of repair. The thinking appears to be that it is impossible to have a sterile environment on a vessel, so the bad stuff is likely to get locked into the wound, where it will cause infection. So, its much better to have a more open repair.

Check this out with those you trust in this realm, but it might lead to saving yourself the trouble of learning a difficult-to-do-well task and the expense of extra kit.

Another reason to do a custom kit is to be familiar with what you have and actively choose it, handle it, and pack it. Too many off the shelf bags are stowed and forgotten.

In regard to the anti-itch article in the August 2015 issue: Mosquito bites stop itching after a single application of Ibuprofen or Diclofenac gel, non-prescription anti-inflammatory preparations. I was made aware of this remedy by some of my patients who were doing prospecting in the Western Australian outback and tried it with good effect.

Is it possible to convert an auto-inflatable PFD into one that can only be manually inflated by pulling the activation cord?

Many makers offer kits for converting auto-inflatable PFDs to manual inflatable. Most likely, those that use the Halkey Roberts inflation system will offer a kit for this, and the change would be approved and would not void the PFDs warranty. For instance, Spinlock offers auto-to-manual conversion kits for its Deckvest 5D (ProSensor inflation system) and its Deckvest Lite (Halkey Roberts system; kit pictured at right), which we Recommended in the July 2013 issue.

However, we don’t know of any conversion kits approved for changing an auto-inflating hydro-static vest (like those with the Hammar inflation system) to a manually inflatable one.

In regard to your review of Bahamas cruising guides (PS January 2015): You guys have really missed the boat on both the Yachtsmans and Pavlidis cruising guides. In particular, the Pavlidis guides to the Bahamas are probably better than any of those you reviewed. From Practical Sailor, I expect a conclusive and definitive treatment.

We are working on an update to the cruising guide review that includes the 2015 Yachtsmans Guide to the Bahamas and the Pavlidis Bahamian guides (which will also be available in Kindle versions soon). When it comes to cruising resources, everyone has their favorites, and before launching our evaluation, we surveyed a number of Bahamas cruisers regarding their guidebook recommendations. Those reviewed in the January issue were the most recommended among the cruisers we spoke with.

In regard to Anchor Swivels: Caution Required in the September 2015 issue: Our boat has a bowsprit with a bobstay, and the anchor is sited through a hawsehole back at the stem head. We struggled with getting the anchor past the bobstay until we fitted a stainless-steel swivel directly to the anchor with an allegedly adequate breaking load. The forks were subsequently sprung when we were anchored and suffered a wind shift.

Since then, we fitted a large, open swivel with shackles at both ends as you describe, and we have had no problems, even in the Chilean channels.

I love my Musto HPX Ocean Jacket, and before it, my Musto BR1. The HPX may cost more than a business suit, but its nice. My BR1 blew up one night at the end of an offshore watch-tiny bits of white rubber all over my sweatshirt and the pristine cabin sole of a boat on which such things were not seen as amusing. The BR1 was surely outside any official warranties, and apparently outside the bounds set by an imaginary embedded geo-sensor that had registered it was cruising beyond its product niche. Time for a new jacket.

Although Mustos local/regional rep could not have tried more persistently to erode any affection I might have for the brand, bolstered by the strong brand loyalty of a sailor I highly respect, I contacted their UK customer service. They exceeded my expectations and gave me a generous credit toward purchasing the more robust ocean jacket-more than fair.

We set the price point at around $500 per kit for the tests reported on in the February and March issues. Mustos gear did not fit this price range. We plan to test the Musto and other high-end foul-weather gear in an upcoming issue. Stay tuned.

Several years ago, you had an article describing a homemade teak cleaner. Water, detergent, and I believe ammonia. Is the formula still available? It works great!

The recipe you describe sounds like it may be our Formula B, which we didnt test on teak, but it was an effective mildew cleaner for fabrics; it was the Budget Buy pick in the November 2013 review of mildew treatments and stain removers. However, we have heard reports from some boat owners who have tried a slightly stronger version of the formula as a teak cleaner, and they have reported that it is effective. The Formula B recipe: 1 quart hot water; 2 tablespoons baking soda; 2 tablespoons Borax; and 1 tablespoon TSP.

Weve had success using a weak Pinesole solution or Cascade dishwasher detergent for routine teak cleaning, but any mild, powdered detergent should work. Simply wet down an area with water, clean with the detergent solution, rinse with fresh water, and let it dry. If the teak is still mottled or grey, a more powerful cleaner is called for.

A photo of nesting cookware on page 4 of the August 2015 issue should have included a photo credit to Gene Smith.