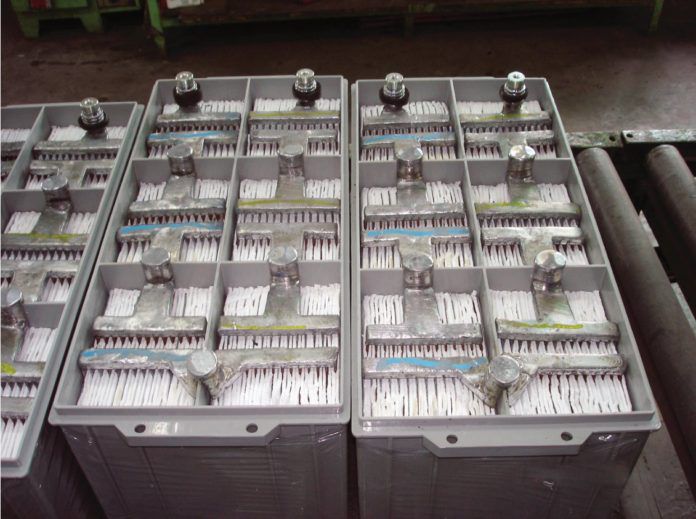 In our recent test of absorbed glass mat (AGM) batteries, we cycled five different batteries through 30 deep cycles to 11.7 volts but only partially recharged them for one hour after each discharge cycle at a charge rate of 46 percent of battery amp-hour capacity. (See PS May 2015 online.) The object of the exercise was to demonstrate just how quickly sulfation, which is caused by keeping a battery in a partial state charge (PSOC), can reduce the capacity and eventually permanently ruin a good battery.

The discharge-recharge cycles were designed to mimic the recharging routine of a sailor who relies solely on his engine alternator to recharge his batteries when anchored. After completing 30 cycles, we used a multi-stage charging process to bring the batteries back up to full capacity. We then compared the capacity of each battery to its original capacity, before the partial state of charge test began. Some of the new absorbed glass mat batteries in our test never fully recovered to their pre-test capacity-and one in particular, the Deka 8ADTM, recovered a far smaller percentage of its original charge than the others.

To double-check our findings, we decided to test a second Deka 8A31DTM. We also wanted to test a thin-plate, pure lead AGM battery that we missed in the first round, Northstar Batterys Energy1 NSB-115-FTB (also sold as the Northstar NSB-100-FT Blue+). We had only one thin-plate, pure lead (TPPL) AGM in the first round, the Enersys Odyssey PC2150, and it earned a Recommended rating.

The Deka/East Penn 8A31DTM is a hybrid, dual-purpose AGM battery. Widely distributed under many different brand labels, this is perhaps the most popular AGM battery on boats today. It is sold by Deka, West Marine, NAPA, and many Sams Clubs as a Duracell, OReilly Auto, Power-Tec, MK Battery, and numerous other smaller labels. It is one of the least expensive AGM batteries you will find on the U.S. market. Some labels offer better warranties, so it can pay to compare.

With each recharge during the partial state of charge testing, the Deka 8A31DTMs usable capacity (in amp hours) walked down at a reasonable pace compared to others, although it was slightly below its sister battery. It handled the partial state of charge cycling fairly well in terms of walk down. Its lowest usable capacity, after the one-hour recharge during the 30 PSOC cycles, was 35.88 amp hours; thats a walk down loss of 10.57 amp hours over 30 PSOC cycles.

At the end of the partial state of charge testing, however, this 8A31DTM, like its sister battery, had lost a large percentage of its original 104.8 amp-hour baseline capacity. Even after three capacity tests, the 8A31DTM could deliver only 76.04 amp hours. While this was a gain of 2.62 amp hours beyond the first 8A31DTM we tested, it still represents a surprisingly high capacity loss. As a result of the partial state of charge testing, the second battery lost approximately 27 percent of its original tested capacity.

In our first test, Deka suggested that our capacity testing did not bring the battery up to full capacity for our post-PSOC capacity testing. This time, we made sure everything was done exactly to Dekas specifications. The second and third capacity tests were done to 0.30-amp charge current at 14.6 volts, and we returned in excess of 110 percent of removed capacity per Dekas recommendation. After the tail current dropped to 0.5-amps and 14.6-volt absorption voltage, we had returned 110 percent of removed capacity; but we kept charging until the tail current pushed toward 0.3 amps.

The second battery was also float-charged for two full days after absorption charging at 14.6 volts to 0.3 amps (the accepted charge current). After 48 hours of float charging, we rested the battery for 24 hours and capacity tested it again.

Bottom line: We are still perplexed at the capacity loss on the second Deka battery when compared to the other AGM batteries tested.

Northstar Battery is a relatively new company. Its batteries utilize thin plate, pure lead technology similar to EnerSys/Odyssey. The company is well ensconced in the telecom, UPS, marine, transportation, and industrial battery fields. We tested a newer technology by Energy1/ Northstar called the NSB+ or blue plus battery.

Our test battery was supplied by Energy1 and labeled as an Energy1 NSB-115-FTB; we were told that this is the same battery as the Northstar NSB-100-FT Blue+. We saw no wide difference between advertised street prices for the two batteries, but depending on who distributes and sells the battery in your area, you may get better pricing on one or the other.

Northstar claims that the NSB Blue+ technology can recharge five times faster than other AGMs and deliver up to three times the cycle life due to its PSOC-resistant design. This was one of two newer technologies we have tested specifically engineered to endure partial state of charge use; the carbon-foam Firefly AGM, which performed very well in our first round of tests, was the other one.

The NSB-115-FTB is rated at 105 amp hours (20-hour rate) and is a slim-line case design, not a typical Group 31 like the other AGM batteries we tested. Some boats may require modification to fit the different form, which is 4.2 inches wide by 11.3 inches tall by 15.6 inches long.

The NSB-115-FTB TPPL AGM test battery tested above its 105-amp-hour rating; it started with a baseline capacity of 108.2 amp hours.

The Energy1/Northstar batterys walk down was comparable to the other batteries. Like the Firefly, it had some peaks and dips along the way. (See PSOC table below.) At the end of the partial state of charge capacity testing, however, the NSB-115-FTB could not get back to its baseline, as-new capacity. After three post PSOC capacity tests, it delivered a high of 98.97 amp hours. For testing purposes, this represents a capacity loss of approximately 8.5 percent.

It should be noted that Energy1, whose sticker is on the battery, recommended charging at 14.7 volts at 77 degrees, but Northstar, the maker of the battery, suggested a lower voltage. Stuck in the middle between the manufacturer and the private labeler, we settled on a compromise voltage of 14.6 volts. We suspect that at 14.7 volts, the battery may have done slightly better.

Bottom line: Overall, the Energy1/Northstar handled the partial state of charge cycling fairly well, certainly better than the Deka. It claims to be a PSOC-tolerable battery, but it still fell short of the Firefly, which completely recovered from the PSOC testing in our first round of tests. The Energy1/Northstar battery is comparable to the Odyssey TPPL AGM, in terms of overall capacity loss from PSOC testing.

Editors Note: The online version of this article includes links to the complete PSOC test data for these two batteries as well as the original group for comparison.

No single test can replicate the many permutations of charge and discharge cycles that happen on a cruising sailboat, but that was not the purpose of this test. This test focused on a very narrow, albeit important, performance factor: a batterys ability to recover from partial state of charge use.

This test update gives us confidence that our initial findings with the Deka AGM were not a fluke. The battery does not recover from partial state of charge abuse as well as some of its competitors. In spite of these findings, the batterys rock-bottom price, wide distribution, and warranty support make it an attractive option for sailors whose bad habits and sub-standard charging setup will kill whatever battery they use.

A conscientious sailor who follows the advice we gave in part one of this report will get more life out of one of our Recommended batteries (see table), so the extra upfront cost for one of these more expensive AGMs will pay off.

The Northstar competes almost equally with the Odyssey battery, so your choice may come down to which battery is more widely distributed in your area, the price, and what sort of warranty is offered by the distributor.

The following links illustrate PSOC “walkdown” by cycle. The Deka data is from the first test, which we consider as valid as the second.