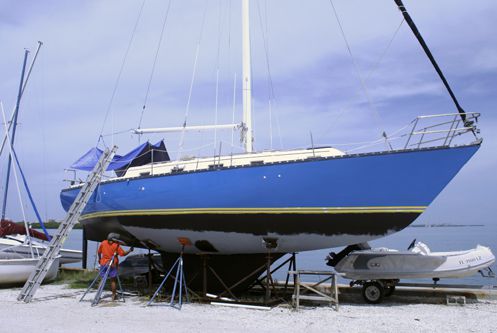 Every now and then, I find myself dialing back the way-back machine and diving into the Practical Sailor archives.

Some of my favorite tests are those that pit ordinary dime-store products against gold-plated marine-grade stuff. This months test of prop antifouling paintscalled to mind an investigation into the antifouling properties of diaper cream that took place in 1995. I poked around to see if there were any updates to the Desitin miracle-cure for barnacle growth, but found none, although there are some propellor products, such as Prop Glop, that share similar properties.

Diaper cream contains zinc oxide, a known biocide that is found in many eco-friendly paints. But it does not control the release of the biocidethe way bottom paint does. Nevertheless, you’ll find many bulletin-board posts that recommend diaper cream for depth-sounder transducers, props, and dinghies. My take-away from our 1995 report is that the product worked (sort of) for a limited period, but it is an impractical solution for hulls, and it can’t compete with antifouling paint over the long haul … but I think its better to let you read the article and decide for yourself:

In the spring of 1994, Practical Sailor published a short article about a German product called Penaten-Creme, long used by generations of German mothers as a treatment for diaper rash. It may have struck a bit of terror in the corporate hearts of antifouling paint manufacturers. It certainly set off a rash of inquiries from readers.

As you may recall, in 1992, a can of Penaten-Creme was brought back to the United States by Robert C. Alley, who had read in a British boating magazine that German sailors were using the white stuff to keep the bottoms of their boats free of both animal and vegetable growth. In March 1993, Alley smeared the cream on half of his fiberglass dinghy bottom, left an untreated strip down the middle and painted the other half with Woolsey Neptune bottom paint. Alley also reported that, as translated by his brother, a university professor in California, the PenatenCreme was mostly lanolin, zinc oxide, talc, and petroleum distillates, with a bit of ‘Panthenol, Sorbitan Sesquioleate, Cetylpyridinium Chloride, Witch Hazel, and perfume.’

At the end of the 1993 sailing season in the Chesapeake Bay, he found the Penaten-Creme-coated portion of his dinghy bottom as clean as the Neptune-coated side. The uncoated center strip was a mess of barnacles and grass. Alley said at the time that he would try the Penaten-Creme on his Alberg 30 and send us a signal at the end of the 1994 sailing season. He figured he could do the Alberg’s bottom with two cans. Total cost: about $10 or so.

In the meantime, we started a test of our own. Having been supplied by Alley with a can of Penaten-Creme, we applied it to one quartered-off section on both sides of a clear piece of fiberglass. On corresponding sections, one on each side, we applied a coating of an American diaper ointment called Desitin. (Adjoining quarters were left uncoated.)

Made by the Pfizer Inc., Desitin is identified on the container as the “First Choice of Pediatricians for Diaper Rash” and “A unique formulation containing Norwegian cod liver oil, rich in natural Vitamins A and D, plus lanolin, petrolatum, talc and zinc oxide.” It cost us $4.07 for a four-ounce tube (less-expensive generic brands are available). We think Penaten-Creme and Desitin are very similar, with the principal ingredient being zinc oxide and petroleum distillates.

The Desitin tube states that the white cream is 40-percent zinc oxide. It also boasts that it is “effective in sealing out wetness.

The foot-square panel spent the summer suspended from a dock at the Ida Lewis Yacht Club in Newport, R.I. Retrieved in October, the panel displayed the usual fouling on the uncoated fiberglass surfaces and on the wooden mounting strips. The sections coated with Penaten-Creme or Desitin were almost entirely free of growth.

There was a little brown slime, but not more than what you’d find on a good antifouling paint. The Desitin section seemed somewhat cleaner than the Penaten section. Both the Penaten-Creme and the Desitin were still soft, smeary and easily came off on a finger. Very little, if any, of the messy stuff seemed to have worn away. Meanwhile, from the Chesapeake Bay, there was news from Alley. The Penaten-Creme, applied to the dinghy nearly two years ago, still was working well.

The dinghy had been towed for two years, and the cream had not worn off. A conservative researcher, Alley said he might try the Penaten Creme on his Alberg 30’s rudder and see how it performed before coating the entire bottom.

Here’s a key question: Would it wear off the bottom of a boat underway for long periods of time? It hadn’t worn off Alley’s dinghy. (We ran cold tap water on a corner of the panel for an hour, with no apparent effect. After 10 minutes with hot tap water concentrated on a small spot, the paste appeared to melt and run off.)

The bottom line: Both Penaten-Creme and Desitin seem to prevent fouling. However, because both of these clingy, creamy products are messy, we would not apply it to a dinghy (or any other small boat) that gets handled, trailered, or taken aboard. For a boat that remains in the water all year or for the entire season, a coat of Desitin (or Penaten-Creme, which has a slightly thicker consistency) very well might provide antifouling protection at a ridiculously low cost . . . or it could be a complete waste of time (more likely).

These creams would surely be a problem when the boat is launched or hauled. The bottom would be slippery and messy. The creams can be applied relatively smoothly, but we’re not sure they will remain so. Would we recommend it? Nope. So inured are we to $100-a-gallon bottom paint, we can hardly believe we’re even talking about an antifouling treatment this simple, this harmless, this easy and inexpensive. Definitely too good to be true. 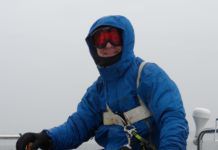 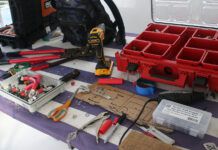 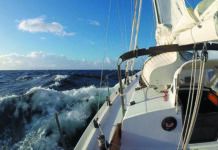