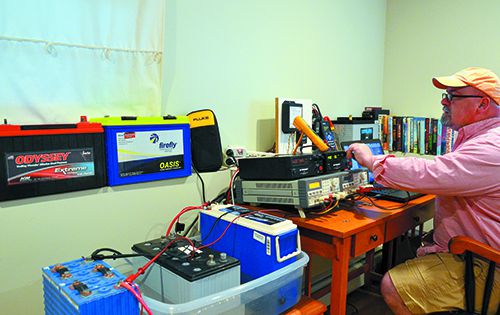 In the May issue of Practical Sailor, one battery stood out from the others in its ability to recover from what we call partial state of charge use. To understand the significance of this in terms of battery life and efficiency, you have to read the whole article. Rod Collins at Compass Marine did a yeomans job collecting data on a five different storage batteries (including a set of lithium ion cells), and demystifying world of marine batteries.

Im bringing it up here to highlight the difficult task we have at Practical Sailor in evaluating new products. Because we accept no advertising, we are not beholden the big players, those medium to large companies with long track records, and decent advertising budgets. For more than 40 years, this has given us the freedom to explore a wide range of novel products that were developed in the workshops and garages of our subscribers.

Many of these products (like the OneTouch locking winch handle) go on to longer lives. Their patents are licensed by major marine manufacturers and sailors around the world benefit from the new technology. In many instances, however, the product turns out to be a flash-in-the-pan, something that seemed like a good idea at the time, but doesn’t quite make it as a retail product. One example is the Easy Bailer bilge pump, which we featured in PS July 2011 . The inventor now sells only the plans, with profits going to prostate cancer research.

The marine environment is extremely demanding, and although sailors are known for their resourcefulness and are generally more aware of how of care and maintenance can extend the life of their gear, it remains a difficult proving ground. Sometimes a product that looks great in the lab or during the first few weeks on the water is cursed with a fatal flaw that only more time reveals.

Nearly all of our tests include two phases, a lab or bench component, in which products are compared under nearly identical circumstances, and a field component, in which the gear is installed on one of our test boats, or exposed to the elements and put to use as it would be on a boat. This phase of testing can last from a few hours to days, months, or even years (as with our coatings tests).

The real test of any good marine product, however, involves many units on many boats, so the true winners in the new technology game don’t rise until long after they are introduced. I often wonder how many good ideas for sailors never made it to fruition for lack of capital. Sailing remains a fairly narrow niche, and its hard to find investors who want to drop a line in a fishbowl. In recent years, many of the most promising products we look at trickle down from other arenas-energy and defense being two of the most common sources. Such is the case with the Firefly Oasis battery we tested.

The technology behind the Oasis Group 31 battery from Firefly International Energy is about ten years old. The main improvement is a carbon foam construction that resists sulfation and corrosion while dramatically increasing the surface area of the battery plates. In the end, Firefly promises greater energy capacity, faster recharges, and deeper discharge capability.

The technology first gained steam in 2005, when engineers in the research and development labs at Caterpillar (yes, as in Caterpillar tractors) came upon a new design that would solve many of the battery problems that Caterpillars heavy equipment faced in the field-temperature extremes, long periods of disuse, vibration, etc.

Five years later, in March 2010, the spinoff company tasked with developing the product line had filed for bankruptcy. Later that year, Firefly International picked up where Firefly left off. Although, the military has been using it in various applications, it is very new to the marine market.

Currently all of the production is taking place in Peoria, Illinois at a relatively small facility (in battery production terms). Distribution is centered in Peoria, with Firefly batteries now available in Maryland, Rhode Island, California, and Washington.

One of the main promoters on the marine side is Bruce Schwab, a renowned sailboat ocean racer, whose company Ocean Planet Energy, specializes in marine energy storage, solar power, and onboard power management in cruising sailboats. He has worked with ocean racing teams at the highest level.

The battery is backed by a solid warranty for marine use-two-year replacement, and a prorated warranty for the next four years-comparable to competitors. Its suggested retail price is $425. This more than the other absorbed glass mat batteries we tested –Deka ($260), Lifeline ($325), Odyssey ($350).

After reading all of this, readers might wonder: if a product seemed to do so well in testing and seems to have a solid foundation, why did we not recommend it? Time, as the say, is the great equalizer. In the end, we decided that the best thing would be to monitor the Firefly battery’s performance in the field, through actual users, before we went all in, so to speak. The price tag is nothing to sneeze at and Im sure many readers will appreciate the need for caution.

The experience that owners of the hybrid diesel-electric Lagoon 420 catamarans went through is a good example of what can occur when one jumps on the bandwagon too soon. The boats were introduced with great hype in 2006, but now virtually all of these hybrid boats have been repowered with diesel engines, and even the maker concedes that the innovation was a little too early. In a field where some of the most critical innovations are centuries old, it often pays to be patient.

If you are interested in the Firefly battery, there is plenty of literature available through the companys website. And if you do end up buying one, wed be interested in seeing how it turns out. You can reach me at practicalsailor@belvoir.com. 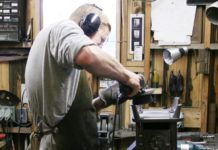 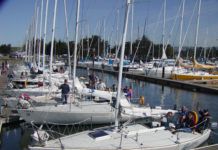