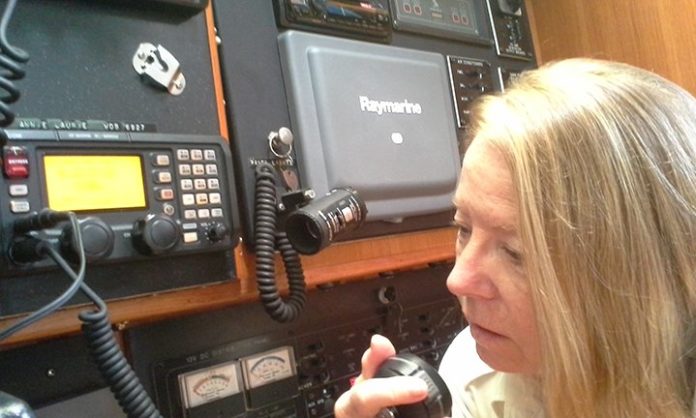 Both the marine radio and ham radio services use the same type of modulation, called single sideband. So when a fellow sailor says they have a single sideband on board, you need to ask, marine, ham, or both? At some point, any cruiser getting ready to make the jump into high-frequency radio communication will want to ask himself the same question.

Marine single sideband lets you communicate to the Coast Guard, high seas telephone service, email through sail mail, and talk with other sailors who have marine SSB on board. No ham license needed.

Your ship needs a marine SSB call sign, called a station license, which is good for 10 years and also includes your International Mobile Maritime Service Identity number. You will also need to obtain an operators permit, called the Restricted Operator Permit, a lifetime license to use an SSB marine radio aboard. The cost for both is around $200, paid to the Federal Communication Commission (FCC).

There is no FCC testing required for these marine SSB licenses.

In an emergency, if you can’t raise the Coast Guard, and you are in immediate danger of sinking, or need immediate medical help, radio rules allow you to use any frequency to obtain a life-or-death contact. Ham operators will help any station with a MAYDAY call, and ham frequency 14.300 MHz is where Maritime hams listen .

If you have no interest in tuning around to see what you can pick up from natures ionospheric skywaves, and only want a long-range signal that can get weather and help in an emergency, you don’t need to take a ham radio test and become a licensed amateur radio operator. You can chat with fellow sailors on long-range SSB ship-to-ship channels, with no ham ticket needed.

However, if, as a kid, enjoyed tuning in short wave broadcasts, or as a mariner, you like to monitor the fun banter of hams talking about cruising spots around the globe, then consider obtaining the general class ham radio license.

The prerequisite technician class exam (Element 2) is 35 questions, multiple choice. Boy Scouts pass the test as part of their radio merit badge-easy stuff. No more Morse code tests, although Morse code is still a popular method of ham operators communicating over the ham bands. Spend a week with a practice booklet, and you will be ready to take the test in front of three volunteer accredited ham examiners .

Once you pass the technician exam, bone up on general class material. This is another straightforward 35-question test, multiple choice answers, again with no Morse code test required. It will take you about a month of study. You could take both exams in one sitting.

The General Class ticket is the license you need for operating a long-range ham radio, and working the many weather nets, cruising nets, 14.300 MHz maritime mobile nets, free email, digital messaging, and even sending color photos over the ham airwaves without paying a dime.

Most long-range sailors first start out on marine SSB, and monitor the ham traffic nets for valuable local and distant marine weather forecasts. If the ham service sounds intriguing, they move forward and study for the general class ham radio license.

It is, of course, very important to know which channels to tune in for help when you have an emergency far out at sea. The Coast Guard continues to offer long range SSB weather broadcasts and monitors SSB channels (watch-schedules vary by location). You will also want to know where to make a ship-to-shore phone call over marine SSB. Station WLO is a powerful signal all over the world.

For more on radio licensing, marine writer Gordon West, a longtime expert in the field, offers links and more at his website:gordonwestradioschool.com. 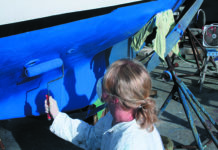 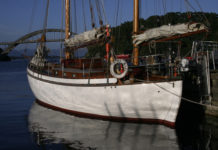 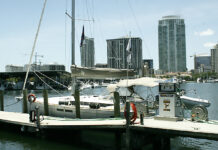