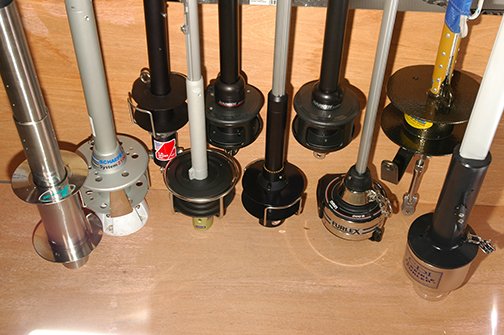 When it comes to choosing what belongs on the offshore cruising boat, there are a few hard and fast rules. But most choices are hardly straightforward. Once youre off soundings you find yourself in a broad middle ground where theres plenty room for debate. The single-hander in the Dana 24 isnt going to be basing every decision on what his neighbor on the Oyster 62 is advocating. And as specialization increases, the divide between what works on a monohull and what best serves a multihull sailor grows ever wider. Even equipment that most would consider essential on any boat has staunch critics. A case in point is the furling headsail, the subject of our upcoming report in the October 2015 issue of Practical Sailor.

Up until the early 1980s, there was still a fairly large, vocal group of sailors who strongly advocated the simplicity of hank-on headsails. Their argument went something like this: furling gear was fine for the coastal sailor, but for best performance and fail-safe simplicity on an ocean passage, a full set of hank-on sails made better sense. Ten years later, as roller-furling manufacturers all but eliminated the foil, corrosion, and bearing issues that plagued older designs, furling headsails gained full acceptance of cruisers and round-the-world racers alike.

Today, to deride a jib furler amounts to near blasphemy.

While the roller furling genoa (the focus of our October article) is almost universally accepted on ocean cruiser, there is still a lively debate over the whether a furler belongs on the working staysail-which often becomes the sole headsail on cutter or double-headsail ketch in heavy weather. (The working staysail is not to be confused with a proper storm jib, which may set on the same stay as the staysail). Former editor and circumnavigator Nick Nicholson extolled the virtues of the furling staysail on his Mason 43, and while I greatly admire Nick, Ive never been persuaded by his argument for the furling staysail. (Keep in mind, Im the guy who spent 10 years nursing an old gaff-rigged ketch-all hank on sails, two tiny winches-around the Pacific, so my personal views on many topics lie well outside the mainstream.)

In my view, having a foolproof hank-on sail ahead of the mast is not a bad thing. On your average cruising boat, the staysail is usually small, and stay itself is far enough aft that dousing or setting it doesnt put the crew in jeopardy. The nice thing about this approach is that it greatly reduces the cost of retrofitting a sloop with an inner forestay and sail to set on it.

Im not alone in questioning the need for the furling staysail. Sailmaker Carol Hasse, who specializes in cruising sails, wont hesitate to advocate a hank-on staysail over a furler for the offshore cruiser. The same goes for our tech editor Ralph Naranjo. Keep in mind that this is a sail where shape and reliability is paramount-two areas where the hank-on sail generally excels over the furled one.

Recently, I listened as delivery skipper and author John Kretchmer, who has nearly 300,000 miles at sea in various boats and whose book, Sailing A Serious Ocean, is available at our bookstore, described his own conversion. Kretschmer, while giving an informative presentation on some of his favorite cruising boat designs at last years St. Petersburg Boat Show, was extolling the advantages of a cutter rig. He said that for many years he was a big fan of furling staysails-until one unfurled on him in a gale. Since then hes leaned toward the simplicity of a hank-on staysail.

Ive no doubt there are sailors with gobs of experience (former contributor and high lattitude sailor Andy OGrady among them) who will find my aversion to the furling staysail just plain silly. I say, more power to them. If there were one simple answer to every problem the sailor faces, the sea would be a much more crowded place. As for me, I like having a little room for boats-and opinions-to roam. 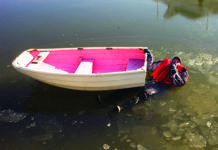 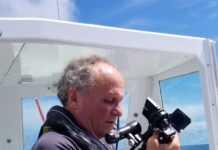 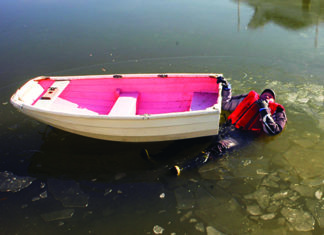