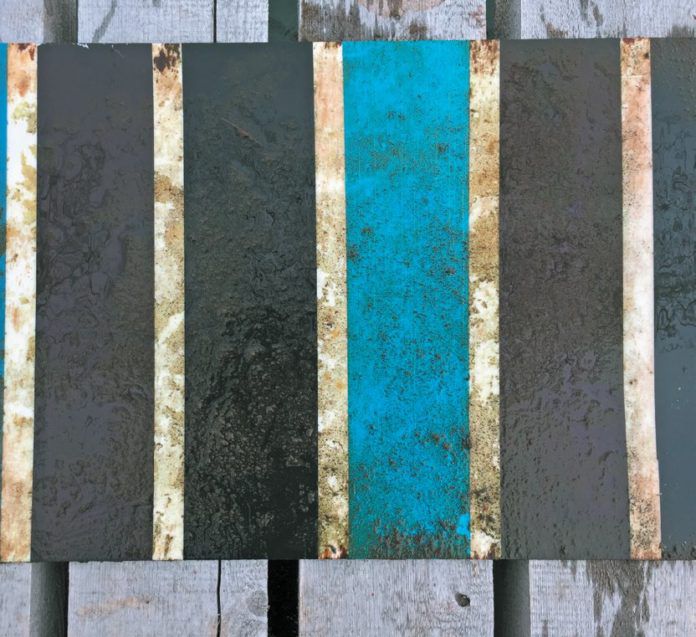 We weren’t too surprised to learn that Irgarol 1051, an antifouling paint additive that last year was awaiting U.S. Environmental Protection Administration certification, has received approval to re-enter the market. As we reported last spring (see Bottom Paint Update 2017, Practical Sailor April 2017), Irgarol 1051s manufacturer, BASF, had moved its manufacturing to Asia, and was waiting for its new foreign-sourced formula to be certified by the EPA. By 2016, nearly all of the major antifouling paint manufacturers in the U.S. had exhausted their reserves. Now Irgarol is back, which means there may be some confusion as to what secret sauce is boosting the performance of your top-shelf slime-resistant paint.

Irgarol 1051 is usually listed under its systematic name, N-Cyclopropyl-N-(2-methyl-2-propanyl)-6-(methyl­sulfanyl)-1,3,5-triazine-2,4-diamine. Our tests have shown Irgarol-boosted paints to be effective at preventing algae growth during the first six to twelve months after application, although performance can vary greatly by location.

Irgarol paints cost more and many sailors, especially those who can regularly clean their hulls, will not see a tremendous benefit from having an Irgarol-boosted paint, but if you are a racer in waters too chilly to do a quick scrub, it can pay off.

Irgarol-boosted paints are most commonly advertised as slime resistant (or SR), but the only way to know for sure what you have is to check the label or talk with the vendor. In our annual bottom paint reports, Irgarol is listed as NCN in the Value Guide tables.

Irgarol is a metabolite that, like many of the most active ingredients in antifouling paint, persists in the marine environment long after it has left your hull. Traces are now found in marine life all over the world, and the effects of this are unknown. Zinc pyrithione is a comparable slime fighter and is generally regarded as less harmful.

[Editor’s note: As of spring, 2021 all U.S. makers had again removed Irgarol 1015 from their formulas; although some Irgarol-boosted paints may still be found on shelved.]

For the first time in more than two decades, Practical Sailor took a year off from saltwater bottom painting last year. One reason we suspended testing was the question mark regarding Irgarol.

Had we proceeded with our testing schedule, we would have been applying and evaluating a lot of paints that would soon be re-formulated-rendering our results of little use. The other reason is that we felt we already had a lot of good data on the most popular marine paints on the market.

If you are still deciding on a saltwater paint this spring, you need only turn to our last round of testing published in April 2017, available online, for guidance on the non-Irgarol blends. The March 2014 report Bottom Paints by Region is an excellent guide to all the rest. That report also includes an analysis of the top paints over a five-year period, including Irgarol-boosted blends.

Of course, we could not completely pull away from bottom testing. We wrapped up our first multi-season round of copper-free freshwater bottom paint testing last fall in Marquette, Michigan on Lake Superior-a lovely place to sail, but as it turns out, not the most challenging environment for bottom paints. If you are looking for clean water, Superior is the place.

For freshwater sailors who have only the summer to sail, the most common threat to the hull is algae. In fact, algae actually tends to grow much faster in nutrient-rich fresh water than it does in salt water, especially in areas where fertilizer run off is a problem.

Fortunately, fighting slime alone doesn’t require a lot of copper, a key biocide in most antifouling paints. Many boaters in the Great Lakes do just fine with an annual moustache, a 4-foot-wide stripe painted below the waterline (where slime growth is thickest) and finish the entire hull with a multi-season hard paint every two to three years.

One of the best-selling bottom paints in the Midwest are the thin-film low-copper paints that dry fast and create a slick, hard surface. These paints have very little copper, but a small amount of these paints go a long way. One of the most popular paints, Interlux VC17 Extra, has just 17 percent copper. A standout in our last freshwater test, Pettits SR-21, has 21 percent copper (see Freshwater Antifouling Paints, PS March 2007).

Unlike the thin-film paints, all of the paints in our Marquette test were copper-free. These eco-friendly options will provide acceptable protection to many boaters who don’t need the help of a full-strength copper-based paint. Lake Superior is just the sort of place for these formulas.

The active ingredient in many of these paints, Econea, has been shown to break down rapidly in the environment and to cause no significant harm to marine life. The most eco-friendly paints are the new slick, release coatings-which don’t even require EPA approval. These paints, which work by creating a slick coating that nothing sticks to, contain no biocide at all.

Several of these paints, especially the ePaint Ecominder and the thin-film paints from Pettit and Interlux, had nearly worn away at the end of the second season. There’s almost no paint build-up, and this reduces the need for any sanding.

Although the test location on Lake Superior was not the most challenging, the test was a good opportunity to compare a wide range of eco-friendly paints in a relatively pristine environment, the type of environment for which these paints are designed.

The evaluation focused exclusively on effectiveness, comparing the amount of slime on each test panel. A full description of the protocol is on the website accompanying this article. We did not carry out the comprehensive tests required to evaluate the green claims. For this, we relied primarily on material data sheets and peer-reviewed published reports.

The better performing paints received a rating of Excellent (see table on right) and were virtually slime free after 12 months in the water. All of the paints earned recommended ratings, and should serve just fine in most freshwater applications.

For more details on freshwater paint see the blog post Antifouling Paints for Freshwater Sailors, which includes links to other helpful reports.