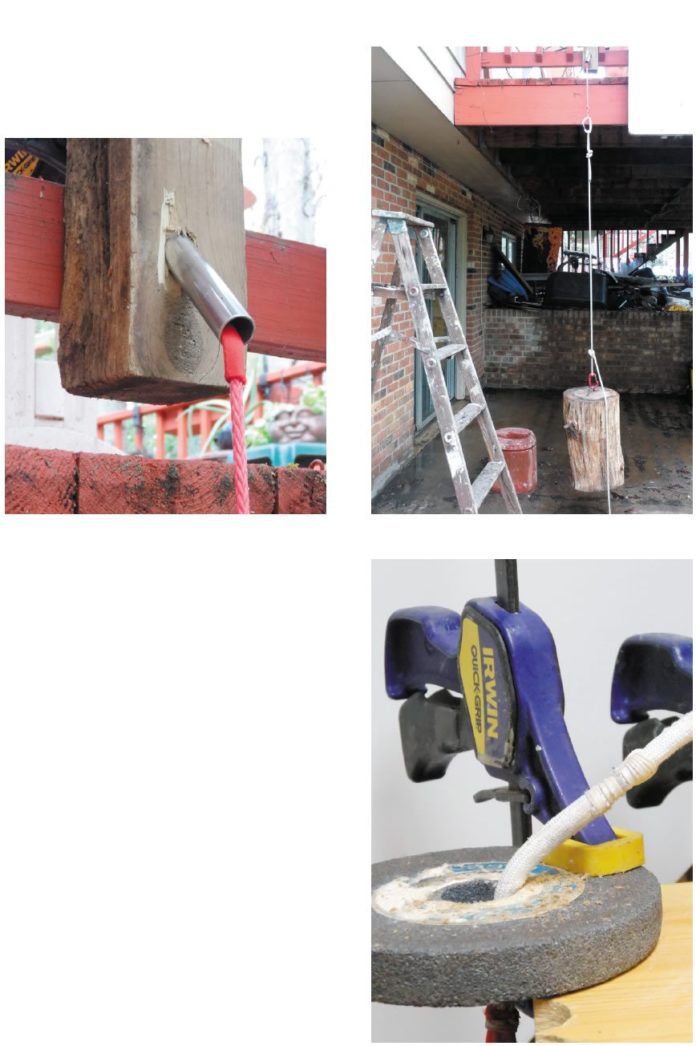 For testing, we used the same abrasion rig we used to test sewn eyes and rope (see PS March 2015). A modified wood lathe sawed line samples back and forth (a 3/4-inch stroke) at seven cycles per second through a 10-millimeter test stanchion hole. We tested each sample to failure, effectively condensing months or years of wear into just minutes.

During some trials, we held the chafe guards stationary in the hole, allowing the line to slide inside the guard; this provided the best protection against wear. We also tested each sample against a medium-grit, aluminum oxide grindstone hole, simulating a worst-case scenario. We compared these results with our experiences with polyester line and steel cable.

To test each rope or chafe materials resistance to side-to-side cutting, we passed each material sample through a saw-cut piece of stainless steel so that it exited at a 30-degree angle; then we attached a 100-pound weight to the end. To produce the sawing motion, we swung the weight like a pendulum through 30-degree arcs.

We tested three styles of stanchion hole: rough drilled with no finishing, finished with a counter sink and polished with emery cloth, and a hole that had been finished, but then grooved by running a rigging wire though it on an oscillating abrasion machine for 20 minutes.

In both cases, the holes were prepared fresh for each sample. Typically, most of the damage came early in the test, since the hole became smoother as testing progressed.