If you were to closely inspect your bilge and identify what ends up there, you’d surmise that what we’ve referred to in past articles (see “Do detergent and bacterial bilge cleaners really work?,” PS October 1994) as a “noxious soup” contains varying amounts of water (salt/fresh), oil, grease, fuel, and other detritus including dirt, hair, and possibly soap from the boat’s shower (if it drains to the bilge).

Much of this an be cleaned with everyday detergents, but oil, grease, and fuel present the biggest problems. None of these three mix with water, and the first two tend to act as binders for dirt. They also tend to cling to surfaces in the bilge and float on top of the bilge water, presenting a triple threat: They’re messy, they can clog up a bilge pump, and they pose the potential of a fire hazard.

The usual approach to bilge cleaning has been to help these incompatible materials mix into an emulsified puree that can then be pumped or drained out of the bilge and disposed of properly.

The instructions on most bilge cleaning products call for them to be added to the bilge, along with a sufficient amount of water so that mixing occurs. Most manufacturers suggest that a rocking boat is sufficient to mix these products, the water, and the offending matter so that the resulting slurry can be removed.

Our Testing
For this report, we tested 15 products, and all but one are sold as bilge cleaners. Clean Water Solutions, the makers of Microbial Powder, claims that it “eliminates oil contaminants on … porous surfaces,” but because our previous articles on this topic have touted the promise of bioactive bilge cleaners, we felt compelled to test it. The others are 12 liquid products and two that are gelatinous.

Most bilge cleaner manufacturers stipulate the amount of the product to be used, and often this is relative to boat size. Aurora Marine, for instance, recommends 7 ounces of its Bilge Bath for every 10 feet of boat length. The directions on Meguiar’s Bilge Cleaner dictate “Use 32 ounces for a 25-foot boat and proportionally more or less on smaller or larger boats.” And Bass Pro Shops’ Heavy Duty Bilge Cleaner indicates 2 ounces of cleaner for every gallon of water in the bilge. These directions are typical of the 15 products we tested, though none take into account the widely varying volume in bilges of boats the same size.

To ensure that our test would evaluate each product in the same manner, we poured identical amounts of motor oil, gasoline, and water to 8-ounce jars and agitated the mixtures. Then we added one-eighth of a cup of each cleaner — one cleaner per jar — and agitated them again. After 10 minutes, we examined the jars to see how thoroughly the oily substance had emulsified. We then let the jars sit for 30 minutes and agitated them again. After that, we let the specimens sit for a week and then rechecked them.

Then, starting with empty jars, we used a grease gun to squirt a 1-inch-long bead of unused axle grease along the bottom of each jar. We added each cleaner to a jar so that it fully covered the grease and let the jars sit. (We mixed the Microbial Powder with 2 ounces of water so that it created a liquid to cover the grease.) We checked the jars at 48 hours and then again at one week to see how much grease had been dissolved and whether a ring had formed on the sides of the jar. Although we didn’t agitate as recommended, the results from this phase of the test show how each cleaner acts on the grease in a static state.

Conclusions
We believe that bilge-cleaning products should be used in small amounts for final cleanup rather than for dealing with a large quantity of oil and water. If you have large amounts of water with some oil in your bilges, you might as well pump that into a suitable container for disposal and save the cost of the bilge cleaner. (If there’s gasoline in the water, however, a bilge cleaner will help suppress vapor generation.) Then you can use small amounts of cleaner to remove what’s left.

The best approach, however, is to avoid the mess from the start. To do this, keep your engine tuned and change oil filters often. Regularly check fuel and oil fittings, hydraulic lines, engine seals, and gaskets, and find and fix all fuel and oil leaks. If you do have a leak, sop up as much oil or fuel as possible with absorbent pads (we recommend 3M pads, see “Bilge Absorber Test,” March 2002).

Bottom Line: All of the products were capable of emulsifying the oil to varying degrees, but some had trouble dissolving the grease. The accompanying table on page 34 rates both these categories combined.

Our test indicated that some of these cleaners work faster than others. We were initially impressed by the performance of Aurora’s Bilge Bath in our emulsification test, but after we shook its test jar 30 minutes later, it was clear that the emulsification didn’t last long.

The best performer across all of these tests was Star brite’s Super Orange Bilge Cleaner. In our grease test, it didn’t completely dissolve the bead after 48 hours, but a week later the grease was gone and all that remained was a milky liquid with no ring on the jar. Super Orange also outperformed the others at every stage of the emulsification test. If Super Orange has a downside it’s that it comes in a very thick liquid form that prohibits squirting and makes measuring more of a task. Among liquid cleaners, Star brite’s Sea Safe Biodegradable Bilge Cleaner and Big Bull Natural Orange both earned our recommendation. The top gel was OR Bilge Cleaner. And if being kind to the environment is important to you, then the Clean Water Solutions Microbial Powder will do a good job keeping your bilge and your conscience clean. 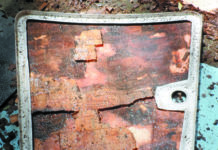