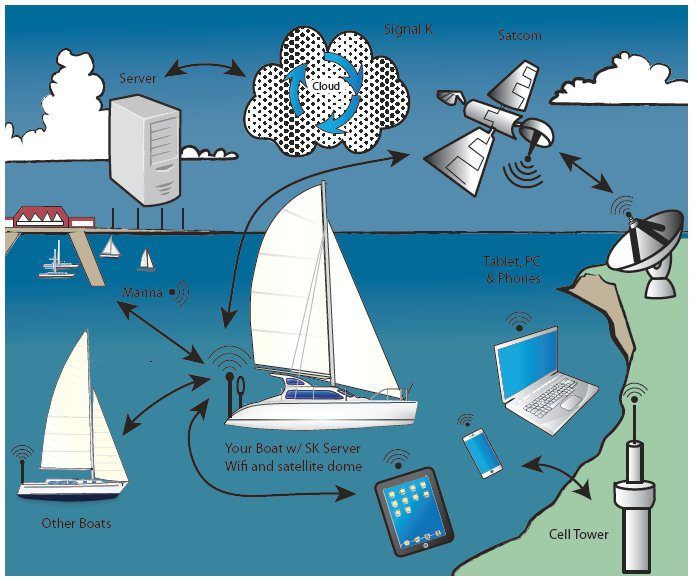 Version 1.0.0 of Signal K, the Open Marine Data Standard has now been released, giving developers a stable platform to test and develop new open-source hardware and software for sailors.

Designed to be a modern, open source, web-friendly and extendable data format for boats, Signal K converts, combines and expands the conventional NMEA protocols found on most boat navigation systems. It takes these older, very specialized formats and makes the data compatible with the latest mobile devices and internet-based communication technology we use every day. For sailors, it opens a new door to the Internet of Things.

Signal K is now over four years old. The odds of the project getting this far were very small. Only about 17 percent of collaborative software projects ever release Version 1.

Signal K, however, had some advantages. The developers were experienced boaters. (PS writer Bill Bishop volunteered for the project.) The marine market for electronics is large, and there was a distinct need for this new technology. The NMEAs critical recognition and support for Signal K gave it the traction it needed to make the last push.

Today the project has over 350 participants representing dozens of companies from the very large, down to independent software developers. This global collaboration is made possible via Slack, GitHub and a dedicated Signal K Google Group, creating a thriving community with new ideas, apps, and programs appearing at a quickening rate.

For more on the project, see www.signalk.org. Practical Sailor previously reported on this topic in 2105 (see Signal K and the Sailboat,) PS December 2015.