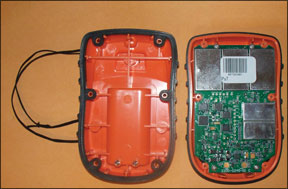 When an emergency arises in remote areas, the key to a successful search-and-rescue effort is the rapid, accurate location of those in distress.

The primary purpose of any emergency-signaling device is, essentially, to take the “search” out of Search and Rescue (SAR) by pinpointing a victim’s location and enabling rescue within the “golden day”—the first 24 hours after an emergency when rescuers have the best chance of finding survivors.

Until recently, mariners’ only viable choices for an emergency locating beacon have been Emergency Position Indicating Radio Beacons (EPIRBs) and more recently their smaller cousins, Personal Locator Beacons (PLBs). Now, there’s another product on the market that bears consideration: The SPOT Satellite Messenger.

Billed as “the world’s first satellite messenger,” SPOT is a handheld device that utilizes the Globalstar Satellite Network to send a user’s GPS coordinates along with pre-composed text and e-mail messages to a list of user-entered personal contacts. These messages and contacts lists can be setup on the SPOT website once a user has registered. SPOT allows users to relay messages to an emergency response center who will notify SAR personnel or will just let friends and family know they’re safe. The messages include a web link where the device’s exact location can be viewed using Google Maps.

The SPOT performs a self-diagnostic test at each power up, with problems indicated by a flashing red LED. In addition to the self test, the manufacturer also recommends utilizing the OK/Check feature to send and receive a test text message each time the unit is turned on or moved more than 600 miles after its previous use.

The SPOT uses the Globalstar satellite network and works around the world, but—unlike a PLB—it does not have complete worldwide coverage. Advertised coverage areas include all of North America, Europe, and Australia, portions of South America, Northern Africa, and Northeastern Asia, and thousands of miles of offshore waters. For specific coverage areas, take a look at the company’s website, www.findmespot.com.

Because it uses the Globalstar network, SPOT works independently of cell phone coverage. It uses the simplex (one way) side of the Globalstar system, not the duplex (two-way) side, which has been criticized for offering less-than-reliable satellite phone service.

Whereas PLBs and EPIRBs are capable of sending only distress signals, the SPOT has four functions and control buttons:

• 911 button: This function alerts emergency responders to your location in the event of a critical emergency. When the 911 feature is activated, the SPOT sends a distress message and the unit’s location to a GEOS Alliance international emergency response center (or ERC, the company’s call-forwarding station) and continues to do so every five minutes until canceled. The center then notifies the user’s emergency contacts on file, as well as the appropriate emergency responders (U.S. Coast Guard, local police, highway patrol, etc). If the unit is unable to acquire a GPS fix, then the ERC notifies the user’s contacts and continues to monitor the network for more messages. LEDs indicate when the message is transmitted, but there’s no way for the user to know it was received.

SPOT will update the GEOS response center every five minutes with its current GPS location, even while moving, for seven days or until the 911 is canceled. Seven days is the estimated battery life with the unit pinging every five minutes.

• Help button: The unit sends its position and a canned text message to your contacts, alerting them of a non-life-threatening situation and that their help is needed. This message can be customized through the “Manage My Services” feature on the SPOT website. However, unless you know what type of trouble you’ll be in beforehand (engine trouble, out of beer, etc.) and set up the message, your contacts will know you need assistance but not the specific nature of your distress. The SPOT will automatically send a message every five minutes for one hour in this mode.

In the event of a life-threatening emergency, a user can press the Help and the 911 buttons simultaneously to notify both the ERC and contacts.

• Check In button: The Check In, or “SPOTChecking,” mode lets the user’s pre-determined list of contacts know where the user is and that he/she is OK. Contacts are notified via text message and e-mail with a link to Google Maps showing the user’s exact location. An LED indicates when the message is being transmitted. (SPOT actually sends three identical messages for redundancy, but only one is ultimately transmitted to the contacts.) A SPOTCheck message can’t be canceled, but unsent messages can be stopped by turning the unit off.

• Track Progress: The SPOTCasting mode, Track Progress sends and saves a user’s location to their SPOT account, where authorized contacts can view and track their progress in real time using Google Maps. User location is transmitted every 10 minutes for 24 hours with the press of one button. A Shared page allows users to share their messages via a weblink to others.

Two key factors for any piece of safety gear are ruggedness and reliability of operation, particularly under extreme conditions. Our testers put the SPOT through its paces in various locations across the country (both east and west coasts) while evaluating the Help, Check In, and Track Progress features. (To avoid sending false alarms to SAR personnel, the 911 feature for our test unit was not activated and so was not tested.)

Bench testing was based on SPOT’s published specifications. The SPOT has an advertised operational temperature range of -40 degrees to +185 degrees, so we placed our test unit in a freezer for 24 hours at 5 degrees.

The unit is rated as submersible to 1 meter (3 feet) for 30 minutes. We float tested it in a swimming pool to verify it floated and in what position—an important consideration as the antenna must face up for proper operation. Then, it was submerged to 3.5 feet for 30 minutes.

The SPOT claims to acquire satellites and get a fix on its position in less than one minute, during regular use. However, the first time the unit is turned on (or is turned on after traveling 600 miles or more), it must be allowed 20 minutes outdoors to acquire a fix. After that, it acquires in about four minutes. SPOT uses its GPS chip for all functions, so it retains the last fix acquired, which enables it to take a fix faster in subsequent power-ups.

We first powered up the SPOT test unit in San Diego, Calif., and immediately pressed the Check In button. The time from initial turn on to receipt of a “Check In” text message on our tester’s cell phone was approximately 10 minutes. The same test was then performed in Chesapeake, Va., (nine minutes) followed by a third test in San Diego (10 minutes).

After receipt of the initial SPOTCheck, the unit was turned off and back on, and additional Check In messages were sent to see how long it took the unit to determine position and transmit. All subsequent SPOTCheck messages and e-mails were received within three minutes, with exception of one, which was sent immediately following the freezer test. That one took nearly five minutes.

We also found during testing that the unit had to be stationary to acquire an initial fix or one after relocation. After one transcontinental trip, we turned the SPOT on while in a moving Jeep Wrangler (top down) and drove for 30 minutes at 45 mph. The unit failed to acquire an initial fix while moving, however once stationary, a text message was received in approximately 10 minutes.

Tracking: To test SPOTCasting mode, we used the unit on five separate occasions to track our movement in both a boat and an automobile. The unit worked exactly as advertised, with testers able to log in and track the unit’s progress on each occasion.

GPS receiver sensitivity: We tested the SPOT in a variety of locations to get a feel for the sensitivity of the GPS receiver in “real world” environments. While the manufacturer emphasizes that the unit must have an unobstructed view of the sky for acquiring a location, that may not always be possible. We found that the SPOT worked well in less than ideal locations, such as beneath the canvas dodger of our test boat, on the dashboard of a car, and even indoors.

Water Tests: Testers dropped the SPOT into a freshwater pool 10 times, and each time, it floated at a roughly 30-degree angle with the antenna (located beneath the SPOT logo) at the higher end, facing down into the water. We’d like to see a deeper-water rating for the SPOT. PLBs are typically rated to 5 meters (15 feet), and in many cases, a user could easily plunge 6 feet or more while abandoning ship.

Drop and temperature tests: Our test unit passed the initial drop test at room temperature, but it didn’t survive the second drop. After testers removed the SPOT from its 24-hour stint in the freezer, they dropped it on three sides. An internal rattle resulted, and the unit was found to be inoperative. Testers found the problem to be a damaged component on the circuit board.

The manufacturer provided a second test unit, however it too failed the post-freeze drop test.

There are a lot of things we like about the SPOT when compared to a PLB. The ability to verify operation and to send non-emergency messages are excellent features. The tracking ability is a great tool, but we’d like to see it provided under the basic price.

Practical Sailor does have some concerns about the SPOT. Its reliance on a third-party message relay center concerns us a bit because of the potential for rescue delays caused by disconnects between the ERC and the various international rescue agencies.

The failures experienced during our drop tests call the unit’s long-term durability into question, particularly in extreme conditions. The SPOT comes with a one-year warranty from the manufacturer (Axonn). Most PLBs, which are constructed to significantly more rigorous standards, come with a five-year warranty—a big a difference for two items advertised as potential lifesavers.

Sailors considering the purchase of a SPOT in lieu of a PLB based on price alone would do well to weigh long- and short-term costs. While the SPOT ($170) is initially cheaper than a low-end PLB (approximately $400), the PLB has no additional fees for operation. Once the required annual service fee ($100) for the SPOT is factored in, not only will the initial savings of around $300 evaporate within three years, you’ll be paying that annual fee for the life of the unit.

Bottom line: The SPOT offers some useful features and would be an excellent complement to the distress beacon-only PLB. However, Practical Sailor does not recommend it be viewed as a PLB replacement or be considered a primary tool in an emergency.