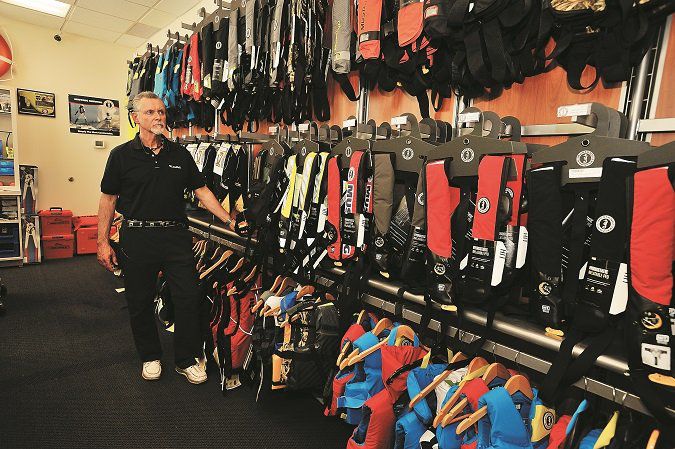 I recently interviewed Mark Bologna of Landfall Navigation. Hes a safety expert, major supporter of safety training and has decades worth of experience selecting and servicing inflatable PFDs. The first thing I asked Mark was whether or not I was overly concerned about the inflatable lifejacket issues mentioned above. His unequivocal No, and follow up advocacy for training and regular gear inspections paralleled most of the opinions above.

Among his comments about inflatable PFDs, was the tale of a client who came to Landfall with a ten-year-old inflatable PFD-wondering if it was time to buy a new one. Mark asked if he had been regularly inspecting the device and the owner said no because it had never been immersed. He peeled open the Velcro sealed cover, unfolded the bladder and exposed an auto inflator that looked okay-the only thing missing was the CO2 cartridge! The manual indicated that, just like when buying a new flashlight, the energy source had to be installed.

Fortunately, PFD never had to be used. Its one of the reasons that the industry is moving toward better labeling and easy to read indicators depicting inflatable readiness. If you have an older inflation system (no indicator), unscrew and check the CO2 cylinders end seal and replace the bobbin or tablet. If you have a hydrostatic inflation system, check the indicator along with the replacement date.

Some manufacturers offer DIY replacement kits, while others recommend/require that an authorized service center does the work. Refer to your owners manual for details, and if you do your own hydrostatic inflator installation, when finished, orally inflate the life jacket and 12-18 hours later, make sure that theres been no air loss.

A tragic MOB incident in the 2018 Chicago Mac Race, drove home Marks advice about equipment awareness. As with many accidents, there were several contributing factors that led to the death of Jon Santarelli, a crew member aboard the sloop Imedi. The breeze was up, the TP-52 had a mainsail with no reef points, and when all was said and done the crew had made three close proximity passes in an attempt to recover Santarelli.

Too much mainsail area and too much boat speed contributed to the outcome. But so did the failure of the PFD worn by the victim. It was an SSM model with a hydrostatic inflator, that was apparently over 10 years old. It was one of 13 that belonged to the boats owner. Whether or not the inflator had been replaced, or Santarelli had done any pool training with the jacket is unknown. But what is apparent, is that when he went over the side, the auto-inflation feature failed. And for some reason, the pull cord manual inflation function was not used nor was the oral inflation option exercised.

Jon Santerellis body was recovered a week later, but for some reason the medical examiner did not retain the life jacket in question for USCG inspection. Instead, it was cremated along with the victim. Important clues regarding what went wrong disappeared. But one fact became apparent. During the cremation, heat caused the life jackets CO2 cylinder to burst its seal outward indicating that the CO2 cylinder had a charge, the auto inflation mechanism had failed and the manual pull tab linkage had either never been used or also malfunctioned. The destruction of the life jacket prior to a professional inspection leaves many questions unanswered. 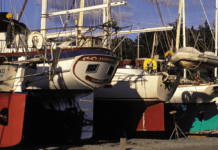 Steering with a Broken Rudder 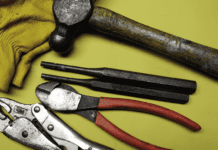