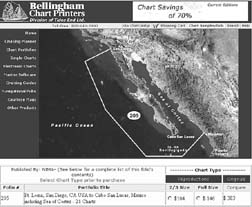 It’s hard to believe that when we took off around the world just seven years ago, Calypso was one of the few sailboats of her size to boast a reverse-osmosis watermaker. Our Village Marine Little Wonder was a real workhorse that did yeoman duty during our circumnavigation. Its one weak point was relatively high power consumption for its output.

More Water For Less Juice
In recent years, the demand for low-voltage watermakers has exploded. Even sailors with destinations no further afield than the Bahamas think twice about going without an on-board watermaker.

There’s a real reason for this change in attitude: clean drinking water is becoming an increasingly scarce and expensive commodity, even in the US. It’s not at all unusual to pay as much as 50 cents a gallon for good drinking water in some popular cruising destinations. A reliable, efficient watermaker can pay its own way, independent of the convenience it obviously offers.

The newest incarnation of Village Marine’s long-running Little Wonder caught our eye. In the self-contained version, the manufacturer has managed to cram a second 2521 membrane into the package, increasing output to about eight gallons per hour, compared to the original output of about 5.5 gallons per hour with a single 2521 membrane.

Even better, the original, relatively inefficient electric motor has been upgraded to a new permanent-magnet motor that draws only 13 amps in generating this higher product output. The original 12-volt Little Wonder drew about 16 amps while putting out its 5.5 gallons. There are also 24-volt versions of these watermakers available.

Modular configurations of the Little Wonder—often easier to fit in the cramped confines of most cruising sailboats—utilize larger, slightly more efficient 2540 membranes.

Practical Sailor will take a close look at the current generation of watermakers in a future issue.

Expensive, Capable Interface
The big catch phrase in electronics this year is “black box.” In this particular case, the box is actually blue.

Nobeltec’s InSight Radar Box is an interface between Nobeltec’s charting software and your existing radar installation. It basically allows you to use your computer screen as a secondary radar display, and has the ability to overlay your radar image onto Nobeltec’s charts on your computer as well. You can also utilize a split-screen format to have the pure radar image on one side of the screen, and the overlaid radar/chart display on the other.

The InSight system takes analog output from your existing radar, converts it to a digital signal, and outputs that signal to your computer. It can convert monochrome radar output to a high-resolution color display, mimicking the capabilities of true stand-alone black box radar.

Radar overlays are the big deal with all the new generation of network-based positioning, charting, and radar systems from almost every electronics manufacturer. Nobeltec previously had radar overlay and interface capabilities only with their house-branded versions of the Sitex black box radars.

This system allows you to bring non-networked radar into your charting system. This is particularly important on boats that already have high-end radars and high-end charting systems such as Nobeltec’s Visual Navigation Suite, and don’t want to totally replace their electronics in order to have radar overlay capabilities.

The reason we say “high end” is simple: the InSight Radar Box costs about $5,500. For that amount, you can buy a complete Nobeltec black box radar system with a 4kw 25″ dome, plus Nobeltec’s Visual Navigation Suite, and have enough left over to pay for the installation of the new radar—or buy a nice new computer.

The idea is great, but the price is a little hard to swallow. For big boats that already have big, expensive radars, computers with big, expensive screens, and want to use high-end vector charts such as Nobeltec’s brilliant Passport charts, the InSight Radar Box makes a lot of sense. The rest of us may have to pass until the price comes down closer to the surface.

We’ll look at smaller-screened network systems if we want radar overlay capabilities, or we’ll get along with a computer screen for the chartplotter, and a traditional free-standing radar display.

Good Charts Get Better
With many of us making the switch to electronic charting, is there any reason to maintain an inventory of up-to-date paper charts? The simple answer is a resounding “yes.”

For planning purposes, there’s nothing better than a paper chart. A full-size chart laid out on the chart table or kitchen table is a bigger display than any computer screen, and allows you to see from one end to the other of your intended voyage.

More importantly, what happens on the boat if you have a lightning strike, an instrument failure, or a general assault by electronic gremlins? Without paper charts to back up your electronics, you’re lost, whether in fog or clean, pure daylight.

Once you leave US waters (or near-US waters such as the US Virgins and the Bahamas), there are few if any pre-printed chart books available.

The US government, through NIMA (National Imagery and Mapping Agency), prints charts for most of the world. Bellingham Chart Printers has long supplied high-quality black-and-white copies of these charts, either at full scale or in bound, 2/3-scale portfolios.

As good as these copies are, they are still black and white, and can be harder to read than the more colorful originals they’re made from. That’s about to change. Over the next few months, Bellingham will switch from black and white copying to true gray-scale reproduction. This may sound like a subtle difference, but it makes chart copies much easier to read, especially under night light.

The two shades of blue that represent shallow water in NIMA originals reproduce in two shades of gray on the new printer, while they tend to wash out to white on conventional photocopies. The bottom line is that Bellingham’s new copies are far easier to interpret than any black and white photocopy.

Bellingham’s 2/3-scale charts are printed on 24″ x 36″ paper, and are easy to read, with good, clear detail. They are suitable as primary charts, but are equally good as paper backups for electronic navigation.

Thanks to the high resolution of the new printer, Bellingham is even experimenting with half-scale charts. The half-scale charts we examined are quite crisp, but the printing is very small.

We have carefully examined samples of charts produced by the new printer, and they are significantly better than traditional black and white copies, even those from Bellingham. Resolution is superb. The 24-pound engineering fieldwork heavy bond paper used by Bellingham is similar in weight to that used by NIMA, although we found it slightly less resistant to moisture and tearing than NIMA’s paper. These charts could be a great value, either as back-ups or as primaries.