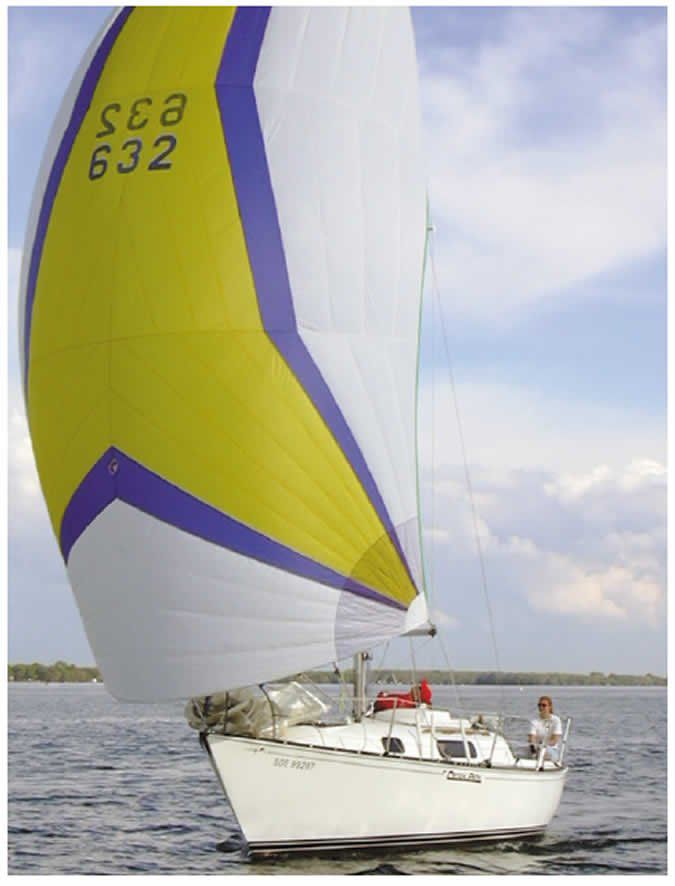 C&C Yachts produced four versions-and nearly 1,000 hulls-of its popular C&C 27 boat. Called the C&C 27 Mark I, Mark II, Mark III, and Mark IV, these boats differed in various ways, but the hulls were similar. A fifth design, the C&C 27 Mark V, was a totally different design. Heres a look at the various editions of the C&C 27, and how they differed from one another.

Mark II: Production ran from 1972 to 1974; hull numbers 168 through 451. Same hull and sail area as the Mark I. High-aspect rig was two feet taller than Mark I. Rigged with one upper and two lower shrouds. Same aft traveller, Atomic 4 engine, and tiller steering as Mark I.

Mark V: Production ran from 1984 to 1986; hull numbers 1 to 169 (Niagara-On-The-Lake plant) and 500 to 610 (Rhode Island plant). The Mark V is a completely different boat than the other 27s; it is not considered part of the evolution of those previous designs. Geared more toward racing sailors, the Mark V was designed to meet the Midget Ocean Racing Club (MORC) rule.

* Compiled with data from the C&C 27 owners association, www.cc27association.com