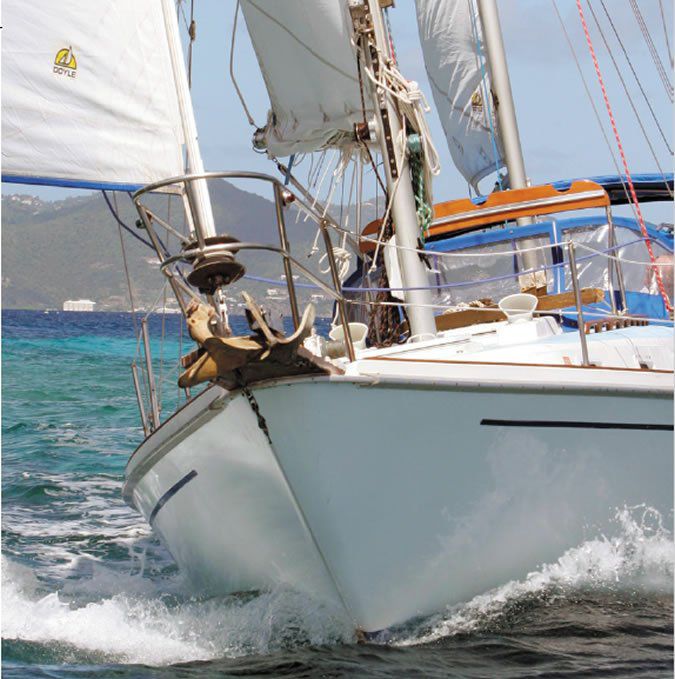 My affinity for cruising ketches like the Allied Seawind II we feature this month runs contrary to the view of their many detractors. Their criticism goes something like this: Ketches were popular in early days of cruising when undersized winches and friction-bound hardware conspired to make handling large sails a chore. With efficient winches and modern hardware, split rigs are obsolete on boats under 50 feet, they say.

Having wrestled down the main on more than a few 40-footers with state of-the-art everything, I don’t buy this argument, but Ill let it stand. Nor will I quibble over complaints about a ketchs handicap to windward-which in my view is overstated, at least with regards to the better designs.

You can poke around the cruising blogosphere and find plenty of resident ketch-haters, and indeed, some of the complaints have merit; the added weight and expense of the ketchs extra rigging are irrefutable knocks. But having lived aboard and sailed a much-beloved, 32-foot William Atkin ketch for 10 years, Im not interested in joining the chorus. Ill instead celebrate the rigs attractions, especially to the short-handed cruiser.

Smaller sails are easier to handle. In squally weather, start with a reef tucked in the main, then just furl the mizzen or jib as needed without leaving the cockpit, upsetting helm, or wrestling more reefs into the main.

Ride the invisible rail. The fore-and-aft distribution of sails simplifies the task of achieving a rock-steady helm.

Impress your sloop-sailing friends with fancy ketch tricks. Sail backward through the mooring field (spin circles if you have a sharpie), nose casually up to anchor, hove-to with jig and jigger.

Barrel westward on a reach. Turbo-charge off-wind sailing by setting a mizzen staysail.

Dont fear a dismasting. Having two independently stayed masts increases your odds of having at least one spar to use for jury rigging. (This advantage does not apply to ketches with triatic stays like the lovely Sea Witch.)

Draw longing sighs from those ashore. There is something about having a main and mizzen working together that kindles romantic visions of South Sea islands.

Another nice thing about ketches is that many have reached an age when they are true bargains. Here are a few familiar ketches worth considering:

Im sure PS readers have many other boats to add to the list as evidence that reports on the death of the cruising ketch have been greatly exaggerated.