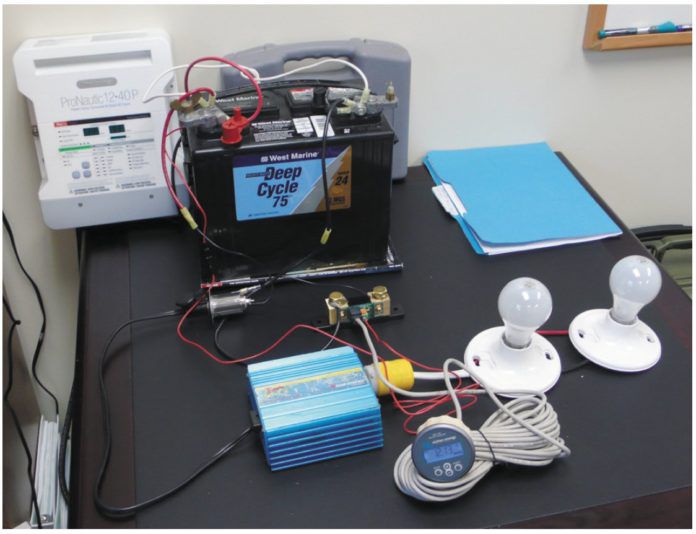 We ensured that for each product tested, our battery was at full charge, and we monitored both amp draw and voltage levels as we discharged the battery. We compared these values as we timed the constant 12-amp draw. We found that all of the units were quite accurate, but understand that this was a very controlled test using new equipment, most importantly, a new battery. The need to recalibrate this equipment as batteries age cannot be overstated, if extreme accuracy is desired.

Testers spent time analyzing the potential difficulties with installation and what the manufacturer provided to facilitate installation, including a wiring diagram and calibration instructions. It was in these areas where we found a rather broad disparity between the different manufacturers. Some units were clearly too challenging for most boat owners to install and calibrate themselves, and the units were so poorly supported that the average do-it-yourselfer would soon become frustrated. Other monitors were much easier to manage, and could be installed and calibrated by any handy boater who is capable of closely following instructions.