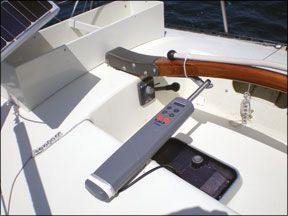 The last time Practical Sailor looked at tillerpilots (Sept. 1, 1996 and Jan. 1, 2001), testers concentrated on a series of bench tests evaluating thrust, current draw, and hardover times (the time it takes the ram to travel lock to lock). It would be nice to compare these devices at sea, but evaluating tillerpilots on the water presents significant challenges, as no two boats behave identically when steered by autopilot, and sea conditions can greatly impact performance.

Readers may recall that Allan ran into a gale on the return trip and decided the best course of action was to seek safety on a passing freighter. Wildflower, the boat hed owned for 30 years, was scuttled. The 2008 June, July, and November issues of Practical Sailor documented Allans equipping Wildflower and the boats eventual loss.

Although the tillerpilots went down with Wildflower, Allan was able to save his notes and test data so that we might present this report of his experiences with these two pieces of gear. As we progress through our series of autopilot tests this year, we hope to return to these models again with additional tests. As always, we welcome input from owners.

Developed 50 years ago in Swede Johnsons garage in Costa Mesa, Calif., the first widely available tillerpilot was a heavy, boxy affair that spanned the cockpit and clutched the tiller in a sliding yoke, It was made by Signet for many years until the venerable Tillermaster came on the scene in the early 1970s. This small, lightweight tillerpilot attached to one side of the cockpit and could be quickly removed for stowage.

Although slow and vulnerable to water, the Tillermaster was the standard for more than 20 years, racking up thousands of miles on the worlds oceans. Tillermaster owners either swore by or swore at their units and quickly learned to carry multiple replaceable fuses and drive replacements (made from fishing line) in the chart-table drawer.

Plastimo, Autohelm, and Navico came on the scene in the early 1990s, but the field was gradually reduced to two major players, Simrad and Raymarine. Simrad picked up the Navico pilots, while Raymarine put its name on what was previously the Raytheon Autohelm line. In a confusing twist, Navico now owns Simrad, so the Navico tillerpilots have come full circle, although they keep the Simrad label.

The two units compared in this test are entry-level models suited for boats under 30 feet and coastal cruising boats. On distance cruising boats, they may be used when motoring in light winds when a wind-vane steering system falters.

Interestingly, manufacturers have become more conservative when stating the recommended maximum displacement boat for these units since our bench tests, lowering that ceiling by more than 20 percent. Clearly, when near the maximum boat size or displacement specs, sailors are much better off going up a size in tillerpilots.

The Raymarine ST1000 Plus is an updated version of the Autohelm 1000. It uses a conventional leadscrew drive, simpler than the recirculating ball drives found the other more expensive tillerpilots from Raymarine and Simrad. Ball screw drives generally have proven to be faster and more efficient than screw drive types. In Practical Sailors previous bench test, the 1000 Pluss no-load hardover time was 8 seconds (1 second slower than the TP10), and its hardover time at 15 pounds of load was 12.8 seconds. It drew about 2 amps when operating at a 15-pound load and .05 amps in standby mode.

The Raymarine had been Allans main tillerpilot for two years before the SHTP race. It never once hiccupped and was not affected by single-sideband radio (SSB) transmissions, unlike other units. (Testers Note: In Allans view, more accidental jibes on cruising boats are caused by SSB transmissions affecting the autopilot than any other reason.)

In the SHTP, Allan used the Raymarine for half the race, or 385 hours. He always used the Raymarine when the true wind was less than 12 knots, as his Sail-O-Mat windvane was not as effective at boat speeds under 4 knots. In addition, the Raymarine allowed him to retract the windvane oar and eliminate the added drag.

In the latter half of the SHTP, after two particularly severe broaches in 40-knot night-time squalls, Allan increasingly began to rely on the 1000 Plus during night-time running. It seemed to have positive control and quicker adjustment than the windvane, and his confidence in the tillerpilot increased.

Although the 1000 Plus can interface with a windvane and has an optional remote control, Allan took a simpler approach. At night, he could check his masthead windex from a custom-designed cockpit hatch. He could also reach up through the hatch and adjust the course on the Raymarine as needed. In comparison, to adjust the Sail-O-Mat windvane at night meant going to the aft end of the cockpit to reach over the transom and make the windvane adjustment. During the trip, Allans two 43-watt solar panels and 120-amp-hour battery bank were capable of keeping up with the boats electrical demands, including the tillerpilot.

On Allans return passage from Kauai, he used the Raymarine an additional 80 hours. Just over half of this was in light winds and motoring through the Pacific High. The other 35 hours was in Force 9 gale conditions where Wildflower was running in 15- to 25-foot breaking seas. It never faultered in the gale, despite the increased loads and a very wet environment.

Bottom line: The Raymarine ST1000 Plus proved itself in some very tough conditions, and Allan noted that it showed superior resistance to water intrusion over previous Raymarine models. His biggest complaint applies to every tillerpilot on the market: There is no lanyard to keep this unit on board.

The Simrad TP10 lacks the networking capability and the related options found in the Raymarine ST1000 Plus, but it also costs about $100-$150 less. To get the interface options that let you tap into NMEA 0183 or Simnet devices such as wind sensors, GPS receivers, and chartplotters, you have to move up to the TP22 or TP32.

The TP10 diverges slightly from the Raymarine in the way steering performance can be manually adjusted from the mid-range defaults. The TP10 has nine incremental settings for deadband, the heading error that is allowed before course correction initiates. It also has nine settings for gain, which change the amount of rudder angle that is applied in proportion to a heading error.

The Raymarine also offers nine incremental settings for gain, but only two for deadband-auto and minimum. You can also manually damp rudder movement on the Raymarine, something the manual recommends if the pilot seems to be “hunting” excessively. After experimenting with various settings, Allan found the default settings in both units to be adequate.

As mentioned already, in Practical Sailors previous bench tests, the TP10 posted faster hardover times than the ST1000 Plus, but it also drew slightly more current. The TP10s no-load hard-over time was 8.6 seconds, and its hard-over time at 20 pounds of load was 9.9 seconds. It drew 2.65 amps when operating under a 20-pound load and .05 amps in standby mode. At 40 pounds of operating load, the current draw increased to 3.8 amps and the hardover time hit 12.1 seconds, the same approximate time as the ST1000 Plus just less than 15 pounds of load.

Prior to departing on the SHTP, Allan evaluated the TP10 for 20 hours off of the California coast. Conditions ranged from calms to 3- to 7-foot seas and 15- to 20-knot winds. Steering was tested on all points of sail. Although he used the TP10 for several hours of motoring on the return leg after the SHTP, Allan swapped it for the more familiar ST1000 Plus when the gale set in.

Allan noted that the Simrad autotacks faster than the Raymarine, a feat likely related to the faster hardover speed. The TP10 also makes auto-
tacking more intuitive, since it has a dedicated button for this purpose labeled “tack.” (You must simultaneously press two buttons to get the ST1000 Plus to autotack.)

Allan also noted that the TP10 was noticeably louder than the Raymarine, making a grinding noise. Although this made it more difficult for him to sleep in his bunk directly beneath the tiillerpilot, he doubts that this would be an issue with most users, he reported.

Bottom line: The TP10 stood up to every test Allan could throw at it, and, though more noisy, the screw drive is quick and has a reassuring simplicity. For a coastal sailor looking for an inexpensive, well-built, no frills autopilot, the TP10 ranks as a Budget Buy.

Ultimately, Allan could detect no clear differences between the two units in terms of keeping the boat on course under various points of sail. The ST1000 Plus underwent a far more rigorous sea trial, but we have no reason to believe Simrads TP10 would not perform as well in the severe conditions the ST1000 Plus endured. Durability and quality control have long haunted these devices, so anyone relying heavily on a tillerpilot should carry a spare and thoroughly evaluate performance before setting out.

Allan always protects his tillerpilots from spray with a custom-made canvas cover with a clear-view window. Any added heat caused by this has not seemed to impact performance.

If interfacing is in your future, the ST1000 Plus is a no-brainer, and this capability, combined with its outstanding performance at sea, earned the ST1000 Plus a Best Choice in this category. If youre just looking for a simple, reliable stand-alone tillerpilot, the Simrad is a very good value. 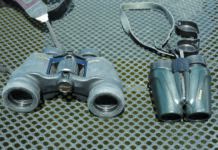