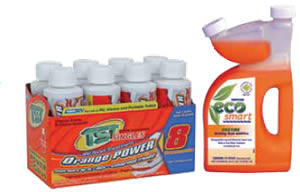 Last summer, our testers investigated holding tank chemicals (Fighting Odor with Chemical Additives PS, February 2012) in concert with ongoing investigations of sanitation hoses and holding-tank vent filters. We investigated some old-school deodorizing products with disappointing results, but we also tested the latest generation of holding tank treatments, those using enzymes, nutrients for bacteria, and live bacteria to kill odors by more natural-and often more effective-means. Our readers quickly responded, suggesting we look at some of their personal favorite products, so thats what this test is about.

Talk about holding tank chemicals, and many sailors think of that familiar port-a-potty smell-disinfectants and surfactants mixed with deodorizers. And yes, these products are still being used in holding tanks, usually by those who don't know any better. Some chemicals also claim to help liquefy the waste and prevent clogging. While larger boats can use vent filters (PS, March 2012) and enhanced ventilation to reduce odors, the only practical option for the small-boat owner with a portable toilet is some sort of treatment in a can.

The newer, enzyme-loaded products are known as bio-augmentation treatments, because they supplement the natural biological processes. Some work primarily by providing nitrate as both a nutrient and as an alternative oxygen source for bacteria. Bacteria convert nitrate to nitrite or nitrogen, liberating oxygen and encouraging aerobic decomposition.

Several products claim to contain live bacteria to aid in digestion, but in our last test, we were unable to develop cultures. This time around, however, we did get a culture on some products, and one of these, Bactank T3, turned out to be one of the most effective.

In the end, the complex chemistry and shifting nature of holding tank conditions make it difficult to pinpoint all of the chemical processes at work. Given the variables that can impact this particular test, the best we could do is measure what we find and add a little growth-fostering air to the biologically active treatments.

Our previous test looked at many of the big players in the recreational vehicle market. This time, we included products from smaller companies, those recommended by our readers, and those developed for home septic systems. We only included one product from our previous test, Yara Chemicals Odorlos, which we used as a control.

Two familiar manufacturers in this round are Raritan, the New Jersey-based maker known for its marine toilet systems, and the Southern California-based Forespar, a longtime player in the marine market. Other contenders included Happy Camper, which as the name implies, is geared toward the camping market; Rid-X, a familiar septic tank product; and Zoal No-Flex, a chemical powder recommended by a Practical Sailor reader.

For the test, we created a series of small holding tanks containing real sanitary waste. The sanitary waste was supplied by a 20-pound iguana named Ziggy. (Ziggy typically poops in a tray of water, and we knew the mixture to be plenty foul.) This was supplemented with additional sanitary waste during the start-up period each spring. Seawater flush was used, as the odor problems associated with seawater are known to be more severe (the result of bacteria-reducing sulfate into more odorous sulfide chemicals). Tank tests were supplemented with field testing aboard a boat on Chesapeake Bay.

There is only one true measure of effectiveness: whether the vent stinks when the head is flushed. Since calibrating noses presents certain challenges, its nice to have an analytical number to compare as well. A hydrogen sulfide monitor (the type used to test sewer gas) was used to back-up our sniff testing. At regular intervals, testers gave each sample a sniff rating in addition to recording the hydrogen sulfide levels.

Some of the products worked faster than others, but don't expect overnight results. All of the products seemed to perform much better in this round, whether environmental factors came into play, were not sure. We had no products registering the high hydrogen sulfide numbers that we saw in the February 2012 report. As for odor control, this group of products also seemed to go easier on the perfumes and dyes that bothered testers in the first round.

As we mentioned in Round 1, temperature makes a difference. This round of testing took place in the late spring, when temperatures had not yet reached the summer highs ripe for odors. Fall and winter sailors, and those in cold-water areas (Maine, Pacific Northwest), may find that chemicals that claim to use live bacteria will be less effective on their boats. Ventilation also seemed to be less effective during the cooler-season testing, but smell was less noticeable then, too. Generally, youll see less odor problems in true winter weather.

Again, all of the products claiming to contain live bacterial cultures tested negative for bacteria. Control inoculations flourished, however, quickly producing both bacteria and fungus. But, we are not certain this is too important. What was clear from our previous test was that chemicals that add oxygen, along with better venting, can materially affect odor in less than 12 hours, far quicker than an aerobic culture could blossom. Finally, it is important to avoid adding toxic chemicals-formaldehyde and related compounds, and bleach being the most common holding-tank offenders. These destroy the biomass that promotes a healthy holding tank.

Perhaps more than any other element in the sanitation system, the health of the holding tank can have a great effect on odors. In many cases, the source of the odor is not the waste, but the water. Like most ocean sailors, we used seawater flush for our testing. Seawater is known to contribute to odors. Many newer systems use freshwater, and very little of it. Others use several pints per flush. Temperatures vary, and ventilation varies.

Individual tanks will be subject to a number of variables that our test tanks were not. To compensate for this, we tested all the chemicals more than once under different conditions. Those that showed the most merit in early testing underwent additional testing. All of the recommended products did well, and we encourage you to try each and see which one works best for your special circumstances.

A bacterial spore powder packaged with a small scoop for metering out the dose. We got a positive culture and super odor control. It wasnt the fastest – it took a week to get going – but it eliminated virtually all odor and kept it that way for over a month, until testing was discontinued on that tank.

Bottom line: A rare convergence of price and performance, this was an inexpensive product that really worked.

The Forespar Refresh was the fastest acting product tested, making a remarkable difference in two days. It also continued to work for three weeks, making it one of the longer-lasting formulas. The makers describe this as a biodegradable product that uses a special chemistry instead of enzymes. This is a new product and certainly one to watch. The product line includes other deodorizing products that we did not have a chance to investigate.

Bottom line: If youve got guests coming for the weekend and need something that works quick, we Recommend Refresh.

We like the name of this product, and it did make us happy campers. It is a bacterial spore powder with absolutely no masking odors, which was nice. It comes packaged in a variety of ways, including self-dissolving pouches. Slower to start than some, the Happy Camper did work, and it remained reasonably effective after two weeks.

Bottom line: PS Recommended. Although we wouldn't consider this a top-tier product in this test field, it worked as advertised and showed some staying power.

Odorlos did well in Round 1, so we kept it as a control for the second round to see how it compared with the other products. Containing only sodium nitrate as an active ingredient, this product is quite effective when holding tank ventilation is provided. We liked the absence of dye, mess, and perfumes.

While not the most effective in our testing, Odorlos is a solid performer with a large following. We tested the 10-pack of powder packets, the most popular option with cruisers and the one that requires the least storage space; it is also available in liquid form.

Bottom line: Odorlos is not the cheapest, nor the most effective, but it is consistent, a good bet for most odor problems that can be handled with a chemical treatment. PS Recommended.

This product from toilet-maker Raritan is a head-cleaning product. We did not test Raritan CP as a holding-tank treatment. Raritan makes KO for that application. Stated to be 100-percent bacterial, it was the top-performing head cleaner, eliminating odor and cleaning while youre away.

Testers were impressed. It also produced the most rapid cultures in dip-slide testing, the only clear correlation that we found.

Raritan KO (Kills Odors) is supposed to be similar to Raritan CP (Cleans Potties). It performed well, but it also was the most expensive product we tested (on an annual basis).

It wasnt the fastest, nor the longest lasting, but it did reduce odors significantly. Given the results of the Raritan CP, we were surprised it didn't do better.

Bottom line: A solid performer that knocks down odors. Recommended.

This product is probably the best known hardware-store septic tank treatment. It is marketed for a different purpose, reducing solids in septic tanks. However, a few sailors have said that it works. Rid-X has this to say: RID-X has not been tested on recreational vehicles (RVs); therefore we cannot recommend using it in RVs. After reading that statement and witnessing its poor odor control, we suggest leaving this product for home use.

Bottom line: This is a different animal designed for a different set of problems. Not recommended.

A white chemical powder containing an oxygen source, Zoal No-Flex behaves something like Odorlos and Camco TST Ultra Concentrate, products included in Round 1.

It is reasonably effective, but not as good as the Camco TST, which is about half the price per year.

Bottom line: This product worked well and was the second cheapest in this group.

As we found in the last test, chemical treatments that relied on disinfection, surfactants, and deodorants were better than nothing. However, most were messy, and all left a characteristic portable-toilet smell. You cant mask head odor, or scour it away. We do not recommend this class of products.

We like the enzyme and biological (bacterial) products best, but users should be aware that some of these products might not perform as well in cold weather. However, odors in cooler temperatures also tend to be less.

Our experience in Round 2 highlighted the same challenges as Round 1. Few products seemed to work well on boats that sit unused for three weeks or longer, which can prevent the exchange of air. None were effective when the air exchange was overly restricted by a long vent line. The conventional wisdom that a vent line can be no longer than five feet, no smaller than -inch inside diameter, and have a rise no more than 18 inches, has proven sound.

Good tank ventilation helps significantly. Larger vents will help reduce odors in boats that are left unattended for weeks at a time. In a larger tank or one where good ventilation is very difficult to achieve, active ventilation offers a viable and robust approach. We used a homemade bubbler system, similar to Grocos Sweet Tank System, and this offered some improvement over natural ventilation.

Click the following links for the results from Round 1, reported in the February 2012 issue, and our March 2012 test of vent filters, with tips on ventilations.

Of course, there is another, better, way to help agitate the holding tank and promote the natural processes that fight odors: Go sailing more often. 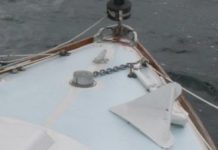 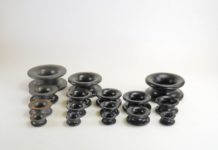 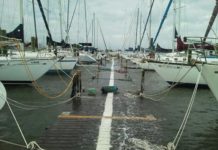 Preparing Your Boat for a Tropical Storm