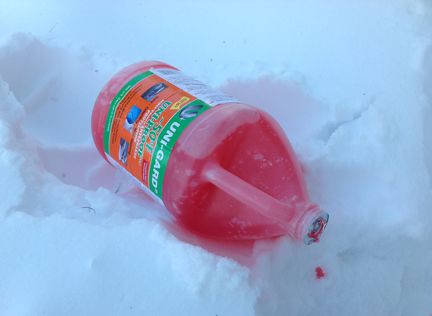 Theres nothing like buying several $3 bottles of marine antifreeze to protect your $30,000 boat, then coming home to discover the unused bottles frozen solid in your garage.

The onset of winter always brings queries about the effectiveness of certain boat antifreeze concoctions. A couple years back we got a letter from Mark Baldwin, owner of a Seasprite 34, Ella, in Blue Hill, Maine. Mark sent us pictures of this Uni-Gard pink antifreeze (rated for -50 degrees) frozen solid, at -14 degrees. He was worried about what might happen to his boats plumbing and engine cooling system, which had been winterized using the same pink stuff.

It just so happened that when Marks query arrived, we were in the middle of testing various antifreeze formulas for their effectiveness. Uni-Gard pink antifreeze, which sells for about $3 a gallon at Lowes hardware stores and some marine chandlers, is one of the most common propylene-glycol formulas sold to boaters.

Uni-Gard pink is listed as having 25- to 35-percent propylene glycol, which should provide the -50-degree burst protection claimed on the bottle. Although it will technically freeze at temperatures as warm as 8 degrees, it should still be fairly soft and slushy at much lower temperatures, too soft to burst a pipe or hose.

If, however, there is a lot of water still left in the boats plumbing lines, the protection against freezing is diminished, and the antifreeze can become even less effective through each freeze-and-thaw cycle. Ideally, during the winterizing process, the marine antifreeze is flushed through the system to remove standing water from any low spots.

Protecting engines presents different challenges. As I graphically illustrated in an earlier blog on this topic, propylene glycol-the non-toxic antifreeze commonly sold to RV and boat owners-is not our first choice for protecting an engines cooling system. In our testing, ethylene glycol, the highly toxic (when ingested) antifreeze that propylene glycol replaced, is far less harmful to certain plastic, rubber, and nylon components in engine and plumbing lines.

Propylene glycol can harm components in freshwater and wastewater plumbing systems as well, but because ethylene glycol is not a safe choice for potable systems, there are no other antifreeze choices, other than draining the system. If your toilet’s plumbing system cannot be fully purged and requires winterizing AND it is entirely isolated from your drinking supply, winterizing with ethylene glycol will be preferable, since it is less harmful to hoses, and plastic components.

Some sailors have suggested using Vodka as an antifreeze for potable water systems, but this turns out to be an expensive myth, and our tests have thoroughly debunked it. Not only will it burn holes in your pocket, it will turn your tanks and hoses into a fecund biome.

For those concerned about marine toxicity, an Environmental Protection Agency (EPA)study of chemicals used in airline de-icing operations found in its tests that neither glycol formula was particularly toxic to aquatic life. However, the EPA also cited several ways in which glycol can indirectly harm aquatic life by raising oxygen levels, etc. In our view, both formulas need to be used with care on land and near the water, and disposed of properly. Ideally, all glycols should be flushed and purged so that they can be captured for recycling.

Our research into the various marine antifreeze additives on the market has produced many interesting findings, among them the correlation between improper boat winterizing and a stinky water tank.

Probably the best article to start with is is our test highlighting our the formulas that are our Top Picks for Winterizing, which includes two important related articles. One is a Step-by-step Guide to Winterizing your Plumbing Systemsand the other is an article on a handy tool called a refractometer, which offers proof positive that you’ve got enough antifreeze in your system.

Owners of auxilliary sailboats will surely want to read our test of Coolants that Fight Corrosion, as well as our PS Advisor on Engine Coolant Replacement.

Tips for How to Winterize A Boat 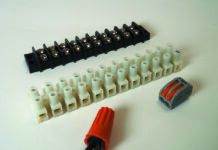 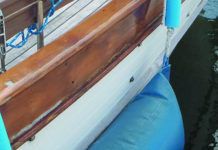 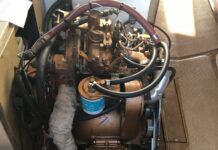