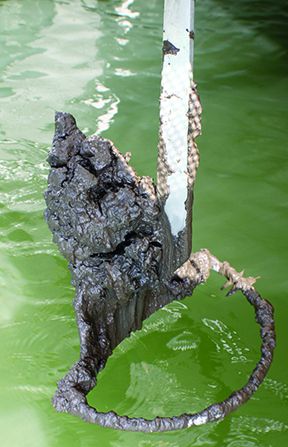 In the February 2015 report on anchoring in mud we took a slight detour from our usual process, although we have done similar reports in the past.

In the summer of 2014, Fortress Anchors, the maker of a popular aluminum Danforth-style anchor, conducted a series of anchor-holding tests in Chesapeake Bay, an area renowned for its soft mud and oyster-shell seabed.

Practical Sailor carried out its own series of anchor tests in a mud bottom in 2006 (see April 2006 and October 2006 issues), and those tests bore out a commonly known fact: Danforth-style anchors, which feature flukes that are proportionally larger than other types of anchors of the same mass, tend to hold better than older, plough-style anchors in soft mud. When Practical Sailor was invited to witness Fortresss test, editors were initially skeptical; the playing field seemed heavily tilted in Fortresss favor. In the end, however, it was a busy test schedule, not outright skepticism, that prevented our attending.

After reviewing the test results, including video record of the well-documented tests, we are convinced that the evaluation was carried out fairly, and that the test methodology offers some important insight on anchor performance. Although we would change some aspects of the tests to suit our own curiosity, we believe the results are worth reporting-and putting into context.

One of the most interesting results—although not entirely surprising given the nature of the bottom—was the poor performance of some reputable anchors that have done well in past tests. One anchor that has done well in our own tests and is highly praised by some well-known cruising sailors, the Rocna, did not set at all.

The fact that it never set during testing suggests that it might have landed upside down and that the self-righting effect of the roll bar does not work in a soft seabed. This effect might also occur in soft sand, and the results imply that this might be a problem for other concave-type anchors that have roll bars but lack a weighted toe. (The Manson Supreme, which has a roll bar, but also has a weighted toe, performed better.)

Most anchors rely on a firm substrate to self-right, and this seems especially true for anchors with roll bars. It is logical that a roll bar would be little or no help in a bottom that is too soft to roll on-in which case, a weighted toe would come in handy. However, the Mantus, which has a roll bar and lacks a weighted toe, seemed to defy this logic. Compared to both the Rocna and Manson, it fared pretty well in the Chesapeake mud.

As we pondered this puzzle, we were reminded that in our own tests, the hydrodynamic effect of water flowing past the flukes of the Mantus seemed to help it self-right. The Mantus’s tendency to self-right during deployment was most obvious in our tests when the boat was moving in reverse-the direction of the set. We suspect that the protocol used during the Chesapeake Bay tests ould have promoted this self-righting.

Regardless, the reliability of the Mantus and others of its ilk should be viewed with caution in soft mud. There is evidence that the weighted convex and concave anchors-Delta, CQR, and Spade-also self-righted, but the amount of holding power for all of these anchors was inadequate for anything but a lunch hook.

Based on the holding-power numbers, it is obvious that the Ultra anchor self-righted. Its holding power was 20-percent greater than its nearest rivals of similar designs-the Boss, Supreme, and Mantus—but, again, none of these anchors, which have fared well in our tests, generated reassuring numbers in soft mud. 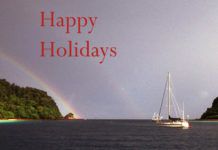