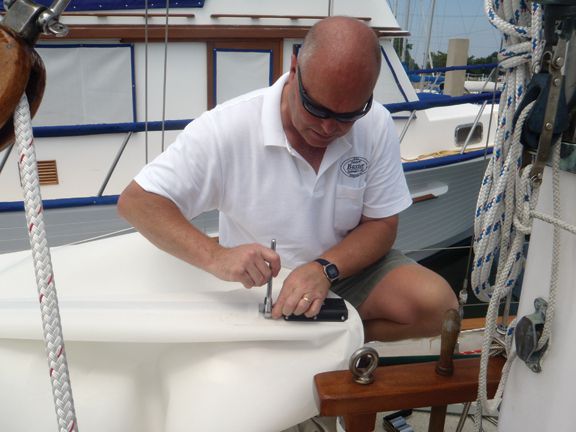 Autumn can be a slower time for many sailmakers, so if you are planning on having a new sail made before next spring, now is a good time to start shopping for a loft and comparing quotes. If you’re lucky, you have a competent sailmaker nearby who isn’t too overwhelmed with new orders to serve as a patient advisor. When contributor Capt. Frank Lanier upgraded the mainsail on his 36-foot Union cutter, Baxter Sailmakers, of Norfolk, Va., guided him through the process. Here are some highlights of the many choices he made.

The old main was constructed of Dacron, and polyester continued to offer the best balance of cost, longevity, and performance for Laniers particular situation. Lanier decided to go with a premium-grade polyester (Dimension 360AP-MTO 8.4 ounce).

Premium polyester is tightly woven and has a high yarn count that provides good shape retention and good performance over a wide range of wind speeds.

The existing main used a riveted aluminum headboard and pressed eyes. As both served well over the years with no failure, Lanier opted to use them with the new main as well. There is a difference in quality of pressed eyes, however. Lanier used all stainless-steel eyes supplied by the Swedish sailing hardware company Rutgerson Marin.

There are a number of pros and cons regarding full-length battens and a wide range of opinions on their merits for cruising. Some cruising sailors choose to forego battens altogether, but if you want your mainsail to have a decent amount of roach, youll need some form of batten support.

The primary decision with the new sail was the number of reef points. While the existing three rows may have provided more reefing options, Lanier rarely (if ever) used the third reef, which also complicated things by adding additional running rigging.

Lanier opted for two reefs rather than three. The first reef reduces the mainsail area by 15 percent, while the second is at 29 percent. Some sailmakers might suggest an even deeper reef (say 40 percent), to allow the main to function as a storm trysail.

Lanier decided that a proper storm trysail would better serve his occasional bluewater aspirations should the weather turn heavy. (For more on trysails, see A Tale of Two Trysails, August 2008.)

The old main had a substantial outhaul car and the foot was also attached to the boom along its entire length. In addition to being easier to bend on and remove, a loose-footed main offers other advantages, such as easier and more efficient sail trimming. One possible downside would be the higher loads placed on the outhaul car (if not sufficiently robust).

The old mainsail utilized a Dutchman stowage system (installed by a previous owner). Lanier considered other flaking systems for the new main (lazy jacks, lazy jack/sail cover combos, etc.), but he’d been pleased overall with Dutchman system and decided to use it with the new main as well. One change he made was to go with the Dutchmans 40-3A system, which has three control lines, instead of the previously installed two-line model.

To ease setting and dousing, he installed a Tides Marine Strong Track and Slide System. The system is a mainsail luff track and slide assembly that greatly reduces the friction normally associated with raising and lowering the mainsail. Lanier also upgraded the batten cars to Schaefer Battslide receptacles. The Battslide units (which accept both flat and round battens) allow front-end loading and batten adjustment at the mast. Front-end loading allows you to keep the leech of the sail closed (making it impossible for a batten to slip out through the leech), while the batten-tension adjustment feature makes it easier to maintain proper sail shape.

Those in the market for a new sail might also want to check out my previous blog post on selecting a sailmaker. Subscribers can access the full accounting of Laniersmainsail upgrade project as well as results from our survey asking readers to name their favorite sailmakers. There is also a three-volume ebook series, A Look at Sails, which covers everything from asymmetrical spinnakers to storm-trysails from the buyer’s perspective. 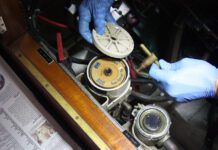 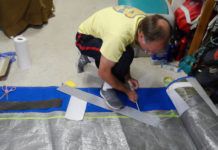 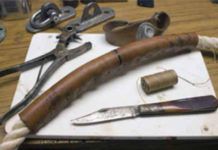