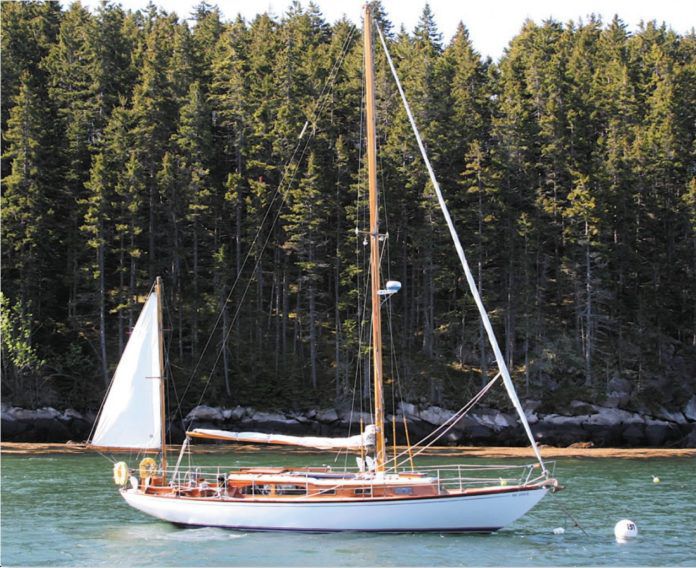 Weve noticed an odor and a buildup of caked-on solids in the holding tank. My thought is to fill the holding tank with fresh water and the right additive, then let that slosh around underway, and then pump it out. What do you suggest for an additive?

While there are a few additives that we can recommend to prevent solids buildup and holding-tank odor, none will be particularly helpful as a single-dose solution to dissolve buildup.

Our December 2013 tank-vent filter test found that after 30 months of testing, the only factor that strongly correlated to clumping tank solids was lubricating the head with vegetable oil or mineral oil. In tests, some of the deposits would not come off, even with a directed hose blast. Solid waste is mostly water, and as such, it dissolves in water quickly. Unless you have used oil in the head, your buildup is most likely from toilet paper or calcium carbonate deposits (the result of mixing salt water and uric acid), if you use seawater to flush. If the buildup has completely hardened, theres little hope for removing it, and you can either live with it or shop for a new holding tank. If the buildup is still sludgy, you have a few options.

Perhaps the easiest fix-but one with a higher ick-factor-would be to empty the holding tank, flush it (and sanitation hoses) with fresh water, and then spray the inside of the tank with a high-pressure hose. This works best if your tank has an accessible inspection port like the holding tanks we reviewed in the February 2012 issue; a hose spray wand may also make this easier. Do not use a drain cleaner in the sanitation system; it can cause more scale buildup and can damage plumbing parts.

Holding tank maker Dometic/Sealand recommends that boat owners empty the tank, then fill it about halfway with fresh water, and add 8 ounces of a liquid, bleach-free, biodegradable laundry detergent to the water before getting underway, preferably for a few hours of sailing in choppy conditions. Sealand Communication Manager Patrick Snyder also suggested adding a large quantity of ice to the tank along with the detergent, to enhance the cleaning action while underway; ice should be added through the access port, if possible.

To avoid future buildup and odors, follow the tank cleaning with healthy-head best practices: add water to the toilet bowl before any solids deposit is made; use only limited amounts of quick-dissolve or single-ply toilet paper (see PS June 2011 online); regularly add a holding-tank treatment like the PS Recommended Odorlos or PS Best Choice Bactank T3 to the tank; lubricate the head per maker instructions, avoiding oils; be sure the tank is properly vented; flush the tank with fresh water every four to five pumpouts, or more often if you can.

PS prefers the enzyme and biological (bacterial) tank treatments. Odorlos and Bactank T3 were among the top picks in our most recent tests (see PS December 2012). Marine sanitation guru and author of Getting Rid of Boat Odors, Peggy Hall (via www.sailboatowners.com) also recommends using Odorlos as a regular holding tank treatment. (The liquid version of Odorlos is the best-selling form, but cruisers may prefer the powder since it requires less storage space.) A bacterial-spore powder, Bactank T3 out-performed Odorlos in our tests.