This months review of “smart phone” navigation tools and software got me thinking about my own descent into the mobile phone abyss, and more broadly, how the communication revolution is reshaping our approach to life at sea.

For many years after moving ashore, I resisted the urge to own a mobile phone. That changed after my pregnant wife got stranded in a New England snowstorm. Now, a half-dozen saltwater-soaked phones later, my immersion into cell-phone society is complete.

As this months article shows, the same tool I use to order a pizza can now guide me across the Atlantic. (Although Id never encourage taking such a risk.) So when the makers of safety equipment and government spokesfolks ballyhoo a too-good-to-be-true safety communication network for mariners, the Global Maritime Distress and Safety System (GMDSS), it doesnt come across as science fiction.

In its most basic form, the multi-layered GMDSS appears deceptively simple. In a true emergency, the mariner issues one or more distress alerts. At sea, one of these will likely be sent by satellite using a uniquely coded Emergency Position Indicating Radio Beacon (EPIRB), registered by its owner. The alert is passed to one or more Marine Rescue Coordination Centers, the distress is confirmed as authentic, and a rescue begins.

In reality, the alphabet soup of international agencies and the web of loosely regulated private contractors and device manufacturers make for a system that, if you look too closely, you wonder how it works at all. Because it so easy to call for help today, false alerts are common, further taxing rescue agencies. The problem makes necessary a dangerously time-consuming second step to the rescue cycle: confirmation of an emergency.

Here are three cases I keep fresh in my mind lest I go to sea bedazzled by our communication wonders.

Next year, Practical Sailor will look closely at the range of distress communication options available. When considering your communication options, here are some things to remember: Have at least two reliable and independent means of sending a ship-to-shore distress alert. Make sure any distress alert device is operating properly, up to date on inspections, and properly registered. Finally, go to sea with a mindset that outside help is not a sure thing. No matter what you might hear at the boat show, there is no app for that.

2007: The 44-foot Beneteau is dismasted, rolled, and sunk in a killer Hatteras storm. The three crew activate their Category 1 GPIRB (GPS-equipped EPIRB) from their tattered life raft. No rescue is launched when the presumed registered owner is contacted by rescuers and reports that he isnt in distress. (NOAA officials later admit to an apparent administration error three years prior, in which the Sean Seymours GPIRB registration data was overwritten with data from another boat.) Fortunately, the Sean Seymour carries a second EPIRB that guides rescuers to the raft. 1999: Americans Rick and Paula Porter disappear along with their Downeaster 32 off the coast of Madagascar after being in regular contact with fellow cruisers via single-sideband radio. Their last contact describes high winds and seas. Fourteen hours later, their EPIRB signal is recorded by various rescue centers for several hours then stops. No search is launched until 10 days later when cruising friends pressure U.S. authorities. Jurisdictional squabbles and ill-equipped rescue centers are blamed for the delay. 1992: En route to a Vende Globe start in the United Kingdom, American solo sailer Mike Plant runs into trouble. His Category 1 EPIRB briefly goes off, but is ignored, primarily because it is unregistered. Searchers find the overturned hull 17 days later. Plants body is never recovered. 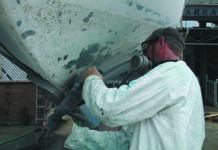 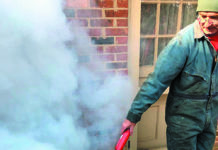