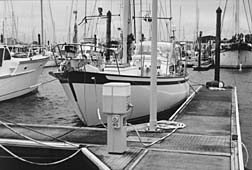 Summer is arriving in the Northern Hemisphere. In colder regions like New England, the long winter is over, and sailors make feverish preparations for the all-too-short sailing season. In the Southern Hemisphere, summer is long past, and winter is coming on.

Cruising sailors who have sat out the cyclone season in safe ports in Australia and New Zealand are nervously watching the weather for a chance to escape back to the warmth of the tropics after the last tropical storm, but before the onset of the austral winter gales.

After six months, Calypso, too, is finally poised to escape from New Zealand, the cruising sailor’s version of the land of the lotus eaters. In April, two late-season cyclones battered Australia’s Queensland coast—our next destination—so it’s probably just as well that our refit projects lagged behind schedule, slowing departure.

The siren song of New Zealand is strong: a thriving marine industry with skilled tradesmen, well-stocked chandleries, a powerful U.S. dollar which buys two New Zealand dollars, excellent food and wine, a long sailing season. What more could a sailor ask? Why go to sea for days and weeks at a time when you can cruise indefinitely in a land almost without winter?

You go to sea to get to new places. However strong the song of the land, the call of the sea is louder still. With the boat tugging at her lines, her slight motion tells you that you are afloat again.

She is ready, even if months ashore have made us soft, tentative about heading offshore again. The boat is ready to strut her stuff, to show once again what she is made of. Her extensive refit—the promised reward for caring for us for more than three years and 15,000 miles—has left her looking and feeling nearly new, even if her crew looks and feels older than ever.

A dock-strolling Kiwi made our day today, pausing to admire Calypso. “New boat,” he asked? “No,” I felt like saying, “an experienced boat, a strong boat that wears her miles lightly. A boat-like her crew—with a few scars and wrinkles, but better than ever for the miles she has traveled.” Of course, you never quite think of clever ways to say things in an off-the-cuff fashion, so what I actually said was, “No, she’s four years old, but has just had a fair amount of work.”

It helps that we lavish care on her shamelessly, pouring money and time into her in outrageous fashion. She is, after all, more than a boat to us. She is our only home, and my only child. We only hope that she appreciates it, and when the chips are down, that she will care for us the way we have cared for her.

Here’s what we’ve done to and for the boat during our six-month hiatus:

1. Overhauled the engine, drivetrain, fuel system, exhaust system, and all engine electrics.
2. Replaced the mainsail, genoa, and staysail.
3. Repainted the cabin tops.
4. Totally emptied and cleaned the interior of the boat.
5. Overhauled the B&G instrument system.
6. Repaired the Furuno radar.
7. Re-galvanized anchors and chain.
8. Replaced a fair amount of running rigging.
9. Replaced the stainless steel rubbing strake with bronze.
10. Compounded and waxed the topsides.
11. Finished several incomplete interior joinerwork jobs.
12. Installed a 220-volt shorepower system for overseas use.
13. Removed, cleaned, and inspected the lifelines and stanchions.
14. Clear-coated the spinnaker pole.
15. Overhauled all the deck hardware.
16. Stripped and refinished much of the exterior brightwork.
17. Had significant improvements made to exterior canvas work, including covers for hatches and Dorade boxes.

And that’s just the stuff I can remember. It’s time to stop working, and go sailing again. 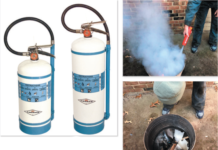