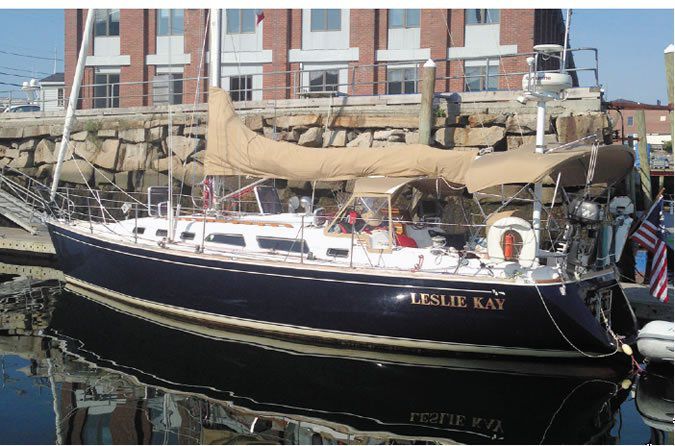 There are VHFs on the market that use Bluetooth to pair with compatible headsets, but we don’t know whether they use the same Bluetooth protocol as the Oticon streaming device that you have. A call to Oticon likely would confirm. The only Bluetooth-ready VHFs weve come across are the Standard Horizons fixed-mount Quantum GX5500S (PS Best Choice, October 2009) and its HX760S handheld (PS July 2009), which has been discontinued.

Another option is to use an aftermarket Bluetooth dongle like the ones made by Pryme Manufacturing (www.pryme.com). The Pryme BLU wireless adapters are compatible with thousands of off-the-shelf audio accessories, so it is very likely that it would work with Oticon devices. The Pryme BT adapter line fits a variety of VHFs and walkie-talkies, including those made by Icom and Motorola.

Icom America National Sales Manager David McLain said that the Pryme BT-520 ($105) wireless adapter fits the Icom M88 handheld and works very well. It is powered by the paired radio, so no batteries or charger are needed.

Raymarine Marketing Manager Jim McGowan said that Raymarine does not yet offer Bluetooth capability in its VHFs but that he liked your idea and passed it along to the companys VHF product manager.

McGowan also offered an interesting third option for streaming VHF audio to your hearing aids, one that will appeal most to the handy, do-it-yourself crowd: Build your own Bluetooth transmitter device. According to McGowan, it should cost about $40 for parts and will take 20 to 30 minutes to assemble it all. What you would need:

A Bluetooth audio transmitter: This device can broadcast audio from any source over Bluetooth using the A2DP headset profile. Double-check that your hearing aids support the same Bluetooth protocol. TaoTronics makes a Bluetooth 4.0 transmitter that retails for $36 online.

A mono-to-stereo adapter cable: The audio coming out of a VHF radio is in mono, where most applications of wireless adapters like the TaoTronics are stereo sources (music, TV, etc.). The C2G 03177 RCA adapter cable will make sure the user hears the VHF audio in both ears simultaneously; it retails for $5 on Amazon.com.

An RCA audio extension cable: This cable is used to make the connection between the VHF radios audio output and the Bluetooth transmitter. If your radio happens to use an RCA-style output, it will plug right in. If the radio has a two-wire output, then youll need to clip off the male end of this cable, gain access to the two wires inside, and splice them to the audio output of the VHF. An example of this type of cable is CableWholesales RCA audio/video extension cable, RAC male to RCA female ($5 on Amazon.com).

Whichever solution you use, please update us on how it goes; were sure there are others who would enjoy the same feature.