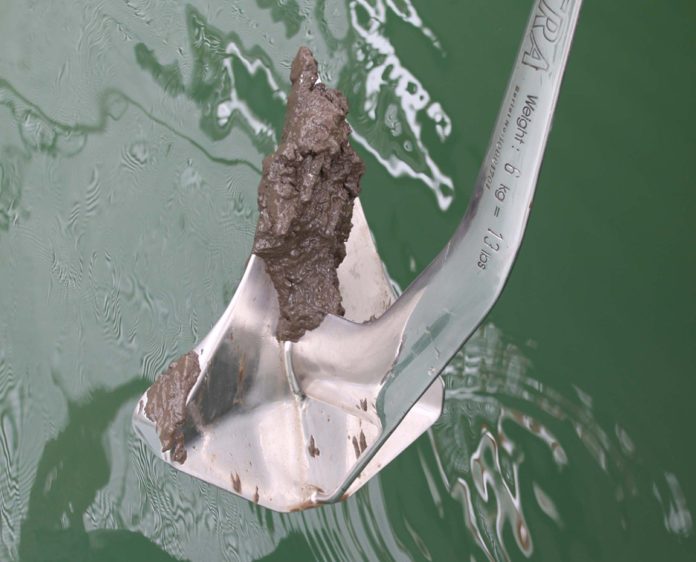 Soft mud seabeds are relatively common, particularly in shallow estuaries and at the mouths of large rivers. In many cases, the soft mud gives way to clay or harder, packed sand, so that if an anchor penetrates deep enough, it finally has something to bite. But in other cases, the mud is very soft and deep. Such areas are avoided for long-term anchoring-and consequently, anchor testing-because of the difficulty in finding good holding. As a result, most anchors are optimized for harder bottoms. One interesting implication from recent anchor tests in soft mud is that some newer design elements engendered by this logical bias toward hard-sand bottoms might actually hinder anchor performance in soft mud. For example, one of the observations from our 2006 test of anchors in soft bottoms was that anchors equipped with roll bars performed far below our expectations in soft bottoms.

Practical Sailorcarried out its own series of anchor tests in a mud bottom in 2006 (seeApril 2006andOctober 2006issues), and those tests bore out a commonly known fact: Danforth-style anchors, which feature flukes that are proportionally larger than other types of anchors of the same mass, tend to hold better than older, plough-style anchors (such as the CQR, or Delta) in soft mud. A well-documented test in Chesapeake Bay carried out by anchor maker Fortress in 2015 yielded similar results.

The troubles faced by roll bar anchors in the Chesapeake Bay test were an eye-opener. The difficulty setting suggests that at least one anchor, the Rocna, might have landed upside down and that the self-righting effect of the roll bar did not work in a soft seabed. The result also suggests that this might be a problem for other concave-type anchors that have roll bars but lack a weighted toe. As further evidence of this, the Manson Supreme, which has a roll bar, but also has a weighted toe, did yield higher holding numbers.

Most anchors rely on a firm substrate to self-right, and this seems especially true for anchors with roll bars. It is logical that a roll bar would be little or no help in a bottom that is too soft to roll on-in which case, a weighted toe would come in handy. However, the Mantus, which has a roll bar and lacks a weighted toe, seemed to defy this logic. Compared to both the Rocna and Manson, it fared pretty well in the Chesapeake mud.

As we pondered this puzzle, we were reminded that in our own tests, the hydrodynamic effect of water flowing past the flukes of the Mantus seemed to help it self-right. The Mantuss tendency to self-right during deployment was most obvious in our tests when the boat was moving in reverse-the direction of the set. We suspect that the protocol used during the Chesapeake Bay tests-with the test boat Rachel Carson shifting to reverse once the 20 feet of chain was deployed-could have promoted this self-righting.

Regardless, the reliability of the Mantus and others of its ilk should be viewed with caution in soft mud (as in fact should almost any anchor.) There is evidence that the weighted convex and concave anchors-Delta, CQR, and Spade-also self-righted, but the amount of holding power for all of these anchors was inadequate for anything but a lunch hook.

Based on its better holding-power numbers in the Chesapeake, it is obvious that the Ultra anchor, a weighted concave anchor without a roll bar, self-righted. Its holding power was 20-percent greater than similar designs-the Boss, Supreme, and Mantus-but, again, none of these anchors, which have fared well in our Practical Sailor anchor tests, generated reassuring numbers in soft mud.

As a result, Practical Sailor has been exploring a number of other anchoring options for very soft mud, a substrate that presents problems for every type of anchor, to some degree. Most of our experiments have involved using more than one anchor, but our general advice remains the same as it has been for years: Whenever possible seek the best available holding, and avoid very soft bottoms. Wed be interested in other experiences in soft bottoms.

Well revisit anchor holding power in an upcoming issue of Practical Sailor this spring. In the meantime, those in the market for a new anchor can get a comprehensive look at the art of anchoring and the related equipment in our four-volume ebook Anchors”, available for download online, which includes articles on selecting articles in various bottoms, and an evaluation of various accessories, including rode, swivels, and snubbers. 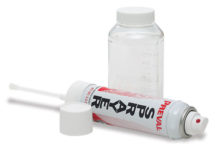