The Environmental Protection Agency’s on-again, off-again relationship with the antifouling agent Irgarol 1051 is on the rocks again. While most of the country was consumed with pre-election news, former U.S. Environmental Protection Agency (EPA) Administrator Andrew Wheeler announced that the agency is proposing to cancel certain uses of irgarol in order to better protect coral and other aquatic life. Irgarol is in the family of triazines, and is one of several boosting agents introduced by manufacturers after tributyltin, a suspected endocrine inhibitor found to be harmful to marine life, was phased out in recreational paints more than a decade ago.

If you are shopping for bottom paint this spring and put environmental concerns high on your list, you might want to avoid paints containing irgarol. Irgarol-boosted paints are still being widely sold, although if this ruling holds they will eventually be phased out by 2023. The EPA wheels grind slowly, and the chemical companies who manufacture pesticides like irgarol have a lot of political clout, so we’d not count this as a done deal.

“EPA is proposing to cancel the use of the biocide irgarol to better protect coral and other aquatic life,” said Wheeler. “Protecting the health of the plants and animals within our oceans, lake and rivers is a priority for EPA. There are less environmentally persistent alternatives to using irgarol for the boating industry, and our proposed action will better protect coral from the harmful effects of the compound.”

After completing an ecological risk assessment, EPA determined that irgarol, which is used in antifoulant paint and as a materials preservative in algicidal paints, is toxic to both freshwater and marine plants, including causing the bleaching of coral. To address these issues, EPA is proposing to cancel all uses of irgarol as an antifoulant paint through the Federal Insecticide, Fungicide and Rodenticide Act (FIFRA) registration review process.

EPA’s proposed action is line with the International Maritime Organization’s 2025 proposed ban on irgarol uses for antifoulant paint. EPA has also worked with manufacturers to identify a number of alternatives to Irgarol, including zinc pyrithione, tralopyril and DCOIT.

This proposed interim decision (PID) is the next step in the Federal Insecticide, Fungicide and Rodenticide Act (FIFRA) registration review process that EPA conducts at least every 15 years. After considering any comments concerning the PID, EPA will issue an interim decision, which finalizes mitigation measures to reduce the human health and ecological risks.

Currently, copper remains the predominant biocide in bottom paints, although this too, is being phased out or scheduled to be phased out in some states. The more expensive copper-based paints are often “boosted” with irgarol. Bottom paints containing irgarol are usually marketed as having enhanced protection against algae, soft growth, or slime. Their labels may include terms like “extra” or abbreviations indicating slime resistance (SR), or slime control (SC). They are priced around $30 higher than similar formulas without irgarol.

At the peak of irgarol’s popularity in the U.S., nearly one-quarter of the paints we tested contained the biocide including Interlux’s Micron Extra with Biolux, Pettit’s slime-resistant (SR) formulas such as Trinidad SR, and Blue Water’s Copper Pro SCX blends. Some makers are already pulling back. According to Pettit, none of their current line-up, even those available to boatyards and professionals contain irgarol. [As soon as we here updates from other manufacturers on the status of their current blends, I’ll update this post.]

Given the pending rule, we expect that some bottom paints formerly touted as having slime-resistant formulas will no longer contain irgarol. Pettit has dropped the “SR” suffix to distinguish its new blends, and we expect other major manufacturers will tweak their naming conventions to indicate a new formula. However, in the past, some brands have changed the formula or eliminated boosting additives without changing the label, and this has led to confusion among consumers.

The biocides and specific boosting additives are usually not prominently identified on bottom paint labels, so you will have to look closely at the active ingredients to determine whether a paint touted as “slime-resistant” actually contains Irgarol 1051. As required by the U.S. Environmental Protection Agency, Irgarol 1051 is prominently listed in the active ingredients, usually under its systematic name, N-Cyclopropyl-N-(2-methyl-2-propanyl)-6-(methylsulfanyl)-1,3,5-triazine-2,4-diamine. It usually represents about two percent of the paint by volume.

After several years of testing paints containing irgarol, our own findings indicate that paints with irgarol will be of most value to seasonal sailors who paint their hull every year but do not regularly clean it. Irgarol has not been shown to extend the active life of antifouling paints in our tests, and we’ve had a hard time discerning any enhanced slime resistance in Irgarol-boosted paints after six months in the water. (Note again the comments in my blog post on bottom paints regarding the differences between our panel testing and actual results on a hull.)

If you are a long-term, warm-water cruiser who follows Practical Sailor‘s tips on cleaning your hull, we don’t see any real benefit of paying extra for a slime-resistant copper-based paint containing irgarol. Substitute biocides — introduced as boosters or as the primary antifoulant — include zinc pyrithione, ZnP, also called zinc omadine. Zinc is a naturally occurring mineral and is found in a wide range of healthcare products, including sunscreen and diaper cream. In previous Practical Sailor antifouling tests focusing on eco-friendly blends, the paints containing zinc were among the top contenders. Paints containing DCOIT have also proven effective.

If environmental concerns are a priority, we’ve identified several copper-free paints in past tests, and a few, like Epaints EP2000 have outperformed their copper-containing paints in our tests. (Because EP2000 is a photo-active paint you should check with the maker to see if it is suitable for the area you sail.) The paint did very well in our fresh-water bottom paint test on Lake Superior, but so did most of the paints in that test. In our Lake Erie bottom paint test, it was rated fair, but there was no hard growth. Generally, copper has proven to be more reliable, and it is usually easier to find a copper-based paint that is compatible with your existing bottom paint. 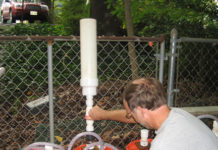 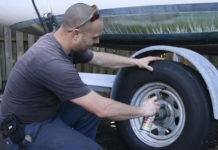 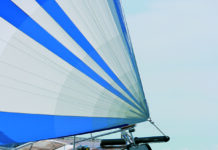 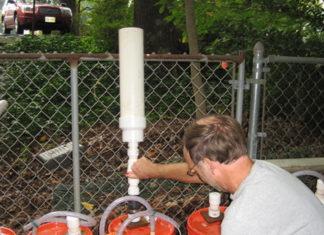 May 5, 2021
Odor control doesn't necessarily start at the marine head (hoses are often the chief culprit), but that seems like the logical place to start. A big step toward reducing head odors is to use fresh water for flushing. Salt water is alive with microscopic critters that add to the odor problem when they die and decay in your holding tank.