Regarding your recent blog post on the manual mainsail dump line on the custom catamaran Whisper Dave (see the Inside Practical Sailor blog post, “Designing a Dump Line for the Multihull Mainsheet”), on my Gunboat 55, Jammy, the mainsheet is hydraulically activated with a manual dump valve. I fully agree that the control of power shouldn’t be underestimated. I have found that reefing hardly slows catamarans, however the comfort level goes up even at the same speed. The excess power reminds me of driving a high horsepower GTO with a serious clutch in stop-and-go city traffic. Attached are photos of the resettable hydraulic dump valves, one for winch dump, one for mainsheet.

Your article on tinting ports came just at the correct time (see PS March 2022, “Hatch Tinting Test”), I am
replacing the ports in my J/40 with ports from New Found Metals. They weren’t tinted, so I ordered the Vvivid material. After three tries, I developed a technique that worked. For bedding the ports, New Found Metals supplies butyl bedding and around the outside bezel there is a closed-cell foam 3/8” wide 1/8” thick with adhesive on one side. My openings were not the same as the new ports, so I was planning to get someone to close up the holes and do some other gel coat repairs on the sides of the cabin, but the yard is way to busy. So I am on to Plan B and doing the job myself. I bought G10 panels from Defender and cut them so they are ¼-inch bigger then the outside bezel. I plan to gel coat them and epoxy in place before installing the ports.

Technical editor Drew Frye checked on the tint film samples recently, and tried peeling up a corner to see if it the Vvivid still removable and if the plastic was damaged. It has been about two years since the film was applied and it was still removable and none of the plastic was damaged. After 5 years total, he plans to remove the film for inspection.

Regarding your discussion of the value of tin wire (see PS June 2008, “Tinned Wire Myth Busted”), even tinned wire does not guarantee freedom from corrosion. The cut ends are not tinned, and tin is just “better” than copper, not impervious. I have found using an anti-oxidative compound (originally developed to improve copper-to-aluminum connections) inside the crimp connector dramatically improves the connection’s resistance to corrosion (heat-shrink with adhesive lining is still required). Also, the use of dielectric jelly in all quick-connects (spade connectors, bullet connectors, and even fancy waterproof connectors) helps keep moisture and corrosion out. Both items very cheap insurance for years of trouble-free connections.

We have a high-freeboard sailboat with a midship boarding ladder on only one side. The previous owner had mounted the Lifesling in a clear and good-looking spot on the non-boarding ladder side of the boat. Big mistake, but fortunately it was simple to fix. Bringing even an agile MOB in the sling around the stern’s dingy davits or around the bow sprit in a sea would have been a nightmare. Practice makes these simple but critical issues obvious. Second lesson learned was there was no easy way to attach a halyard to the collar of the Lifesling for winching an unconscious or weak MOB onboard without almost getting in the water yourself due to the high freeboard. This was solved by adding a permanent loop in the poly lift rope that extends about 5 feet above the life sling. Now attaching the halyard is done easily and safely from the deck. A third item to note is the knot you attach the bitter end of the life sling to the boat should be 100 percent covered from UV light.

Two years back, I decided to take my hull down to the fiberglass and redo it all. I’d stayed with CSC Micron, which the previous owner had used, and it was miserable stuff to sand – at the first touch of a sander, I would vanish in a choking cloud of pink dust.

I made the best decision ever, and decided to try soda blasting. I was their first sailboat, but they did an excellent job, and, in a day, had completed a job that would have taken me most of a week of misery. They left a tiny strip just below the boot stripe, and the nuisance of taking just that much off the next day confirmed that it was money well spent. Assuming that you have competent people doing it, I highly recommend soda blasting.

Having repainted my Sabre’s hull and spars last spring with Alexseal (and the magical A5018 additive that eliminates tipping), the tips provided by Ralph Naranjo were spot on.

I purchased alumiprep and iodine for treating bare aluminum, but upon closer inspection, found the 37-year-old Awlgrip in good shape —only scratched and lightly pitted in places. A light sanding with 150 grit and cleaned with Alexseal Wipe Down Solvent had everything ready for primer, saving a lot of stripping work. I did sand out any corrosion by hand. I put down 2 coats of Alexseal primer, sanded with 220 grit, followed by 2 coats of Alexseal Matterhorn White with a light sanding of 400 grit before a final topcoat. When my sail loft went to install the new Tides Marine Strong mainsail track, it took 2 of them over 2 hours to get the track slid up mast track. Be careful on the amount of paint applied near the mainsail track to avoid sticking issues.

Re-tape all the components at least every 2 coats of primer/paint and use a razor knife to get close to any components still on the spars.

If working outdoors, check the weather not only for wind and rain, but pollen. I got light orange peel on my final coat due to a hot day that had the pine trees pollinating excessively right after rolling.

We’ve been seeing a lot of boats painted with Alexseal and heard many favorable reports about the ability to get a smooth finish from using a roller alone. Look for a report later this year.

The boat identified as a Gulfstar 40 on page 6 of the April 2022 issue was actually a photo of John Kalinowski’s Sabre 32, which was meant to accompany the above letter. The Gulfstar 40 referenced in the caption last month is featured on the cover this month. It is a 1977 model owned by Robert Michaelson.

With Covid-19 still impacting some daily routines, one spring ritual offers a refreshing return to normalcy—the spring cleaning/fitout. To keep busy, we have an endless supply of do-it-yourself projects, marine maintenance fun, and prep suggestions.

Telemedicine is a hot topic these days and we took a deep dive into this technology in April 2014. In the June 2010 issue, we took a look at why hydrating is important and the best ways to stay hydrated at sea. Also at the top of the safety gear list is an onboard medical kit; our July 2014 article shows sailors how to cut expenses by building their own ship’s first-aid kit.

Wondering what the best products are for those spring-summer cleaning jobs? Be sure to read our test reports on boat soaps (January 2013), waterline stain removers (April 2014 and November 2007), isinglass/clear-vinyl cleaners and protectors (May 2014 and March 2009), and hull waxes and polishes (Inside Practical Sailor blog April 9, 2014 and July 2014 PS issue). 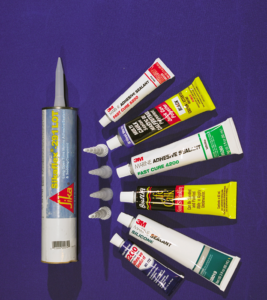 Leaks getting you down? Take a look at our August 2010 test of marine adhesives and get busy with those sealing and re-bedding projects. Whether you’re putting the boat away in the off-season or venturing offshore, your electrical connections need protection; we tested anti-corrosion sprays in the September 2007 issue and greases in the April 2017 issue.

Is spring cleaning on your to-do list? We cover everything from restoring gelcoat to reviving and caring for sails in our three-part ebook series, “Marine Cleaners,” which is available in our online bookstore. While you are there, check out our report on fuel additives, a topic rife with myths. Finally, if you are in the market for a new set of sails, our series on sails covers everything from asymmetrical spinnakers to storm trysails. The series also offers money-saving tips on cleaning and repair. All are available at www.practical-sailor.com/products. 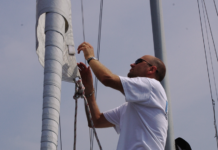 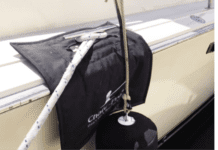 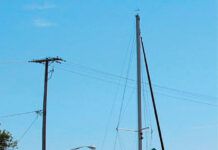 Do Look Up: The Real Risk of Powerlines