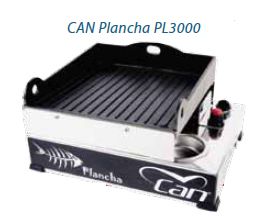 The Marine Equipment Trade Show (METS) held annually at the enormous RAI convention center in Amsterdam, the Netherlands, is the ultimate candy store for nautical gearheads. Divided into 11 pavilions, a seemingly endless grid of aisles, and probably hundreds of thousands of products, its overwhelming. Technical representatives from companies around the globe-China, Turkey, New Zealand, Argentina, Italy, Thailand-stand in their booths ready to explain the amazing attributes of their latest products, from deck shoes to gensets, turnbuckles to carbon fibers, life jackets to bow thrusters, windlasses, pumps, portlights … you name it, its there.

During our three-day visit to the show at the end of 2013, we took special note of new or unusual products that we thought would be of interest to Practical Sailor readers. Some may not be readily available in the U.S. yet, but they are nonetheless interesting to examine and consider.

Running-rigging lines pass through all sorts of hardware to effectively perform their jobs. Halyards change directions passing through sheaves and blocks; the same goes for sheets, outhauls, reefing lines, and Cunninghams. Perhaps only aboard the smallest boat might a line lead directly from its fastening point to your hand.

The fact is, we need the mechanical advantage afforded by blocks and other tackle. But if the hardware isn’t properly aligned with the direction of the load, resistance and chafe result. Fairleads solve the issue by directing a line toward its load.

Blocks that are shackled, tied, or otherwise connected to a padeye articulate freely in many directions, but they are not always fair because most padeyes are in a fixed position.

Dutch hardware manufacturer Rondal has introduced a self-aligning padeye that increases the range of fairness, if you will, of lines passing through the associated block. It doesn’t rotate a full 360 degrees, but it does rotate 270 degrees. Given a little thought at the time of installation, running-rigging chafe could never be a problem again; just be sure the mounting spot on deck is well-reinforced.

Rondals Self-Aligning Padeye was nominated for a DAME Award; the DAME contest is a prestigious international design competition for new marine equipment and accessories held annually at METS. The padeye is available in five sizes with safe working loads ranging from 5 tons to 20 tons. U.S. pricing was not available at presstime.

Rope clutches/jammers and mousetraps have a few things in common: First, the purpose of each is to grab something and hold on. Second, an erstwhile inventor is always trying to figure out a way to improve upon them.

Employed to secure halyards and other running rigging, the faults of early jammers were threefold: slippage, line wear, and the inability to bleed line tension. Improvements have concentrated on less abrasive teeth, more surface area of the line gripped, and an actuating mechanism that doesn’t suddenly release the line with a bang. Thanks to the latter, jammers morphed into rope clutches (PS, March 2009 and June 2009), giving the human operator more control.

French sailing hardware specialist Karver is the latest to try creating a better rope clutch-Lewmar, Spinlock, and others already have had their turns. Karvers KJ Jammer, presented at the 2013 METS, has a cylindrical body, inside of which are three jaws that clamp the line passing through. Two red strings lock the mechanism, and a green, wire tripline releases it; each can be fitted with a messenger line for opening and closing from a remote location like the cockpit. The KJ Jammer can be bolted to the deck or elsewhere, such as on the mast; wherever it is mounted should be well-reinforced to handle the load.

Five models are available, each handling up to three line sizes. For example, the midsize KJ25 accepts line from 3/8-inches to 9/16-inches in diameter, weighs 20.5 ounces, and has a safe working load minimum of 2,866 pounds and maximum of 5,512 pounds.

According to Karver, rope covers wont slip and wear is eliminated. Prices for the DAME nominee begin at $349. Look for a test report on the new jammer in an upcoming issue.

After a day grinding winches to trim large, overlapping headsails, one begins to appreciate small jibs, especially the self-tacking sort. Not that many large boats are designed to give superior performance with small jibs (the Alerions being a notable exception), but thats not the case with performance dinghies, skiffs, and catamarans.

The problem is that the old-fashion, self-tacking jib setups often employed a jib boom to hold the clew out far enough for decent sail shape and a metal bar or traveller athwartship for the tackle to run on. These were usually flat, but as the trim angle of the sail changes, its also desirable to align the sheeting point (the car) to the load; hence, the need for a curved traveller that rises at both ends. Solution: Harkens new Crossbow.

Based on Harkens experience with Grand Prix racing yachts, it recently introduced the Crossbow pivoting, self-tacking jib system. Designed for boats under about 20 feet, the Crossbow has a car riding on Torlon ball-bearings and an anodized-aluminum I-beam profile for lightness and strength. To further align loads for minimum resistance, the track is hinged so that it pivots toward the load.

The Crossbow is available with three-quarters-inch and 1-inch profile tracks; each sells for $705. The Crossbow can also be used for spinnakers with separate tack and halyard systems.

The development of high-tech fibers over the last few decades has revolutionized rigging. The Spanish company Future Fibres introduced a solid-carbon cap shroud at METS, supplementing other products made of PBO, Kevlar, and Dyneema. The advantages of composite-fiber rigging and parts over metal are several: lighter weight, corrosion proof, less windage, and in many cases, greater strength.

For years, racing sailors have been replacing stainless-steel shackles with fiber strops, but for recreational sailors, making the switch hasn’t been easy, largely because theres been a reluctance to splice these high-tech lines-not to mention the lines high cost.

Marine hardware manufacturer Wichard has resolved the issue with a very simple device called the SoftLink Soft Shackle. It consists of two parts: a short length of Dyneema SK75 line with spliced eyes in each end and a small stainless-steel fitting with a hole and a horn. One end of the line is passed through the hole and the other end of the line is passed through its eye, then secured over the horn. You don’t need a degree in marlinspiking to perform the maneuver-nor do you need to know how to tie a Carruck bend or buntline hitch. Its dead simple.

Wichard claims the SoftLinks are four or five times lighter than a 316L stainless-steel shackle of the same strength. The comparable Wichard D-type shackle for the mid-size SoftLink would have a quarter-inch pin size, cost roughly $40, and weigh .85 grams. Hmmm. Thats only .04 ounces more than the SoftLink. But when compared to Wichards No. 1433, a 4.27-ounce keypin shackle with a 5/16-inch pin and a 5,100-pound breaking strength, the SoftLink is indeed 3.5 ounces, or about five times, lighter.

Reusable, the SoftLink loop is easy to open after tensioning, and a smart alternative to shackles and snap hooks. Their pricing starts at about $30.

The SoftLink is similar to the Softies soft shackles from Colligo that we reviewed in November 2009 issue. Colligo (www.colligomarine.com) recently expanded its line to include a 6-inch Softie (46,000 pounds breaking strength) made of heat-stretched Dynex Dux for larger boats. Other standard sizes are 4 inches (20,000 pounds BS) and 5 inches (31,000 pounds BS); custom sizes are available. The Colligo Softies start at about $35.

Walking the aisles of METS, you know youre in the Italian pavilion when youre suddenly blinded by all the highly polished stainless-steel products. Such was the case when we came upon the CAN (Costruzione Accessori Nautici) exhibit, displaying several innovative small stoves among its range of galley gear.

What first caught our attention was the new Plancha portable cooktop and griddle. The company calls it a barbecue even though it looks like a single-burner countertop stove a la an Origo alcohol single-burner. The propane-powered Plancha even comes with rail mounts, making it a good fit for use in or near the cockpit. What we really liked about it was the electric ignition, the Teflon-coated cast aluminum griddle atop the cooktop, and the drain hole and receptacle below for catching oil.

The Plancha is available in the 3-kilowatt PL3000 and the larger 6-kilowatt PL6000. The smaller unit weighs 11 pounds and measures 14.4 inches wide by 11 inches deep and 6 inches tall.

The downsides to the new cooktops are their pricing and lack of availability in the U.S. Online pricing puts the PL3000 at about $350 and the PL6000 at about $500.