Home Boat Maintenance Solving the Power Puzzle
Facebook
Twitter
Email
Print
I want to be able to tell how discharged my batteries are in order to maintain them properly (not let them discharge below 50 percent of their capacity). Im dealing with deep-discharge batteries (“house” and for trolling motors).

However, contradicting those figures, the standard for measuring ampere-hours (Ah) is based on how long it takes a battery, providing a standard flow of current, to drop to 10.5 volts. This would mean that the battery is 1.4 volts lower than when its considered discharged to 0 percent (according to Calder). Whats the difference in meaning between the 11.9 and 10.5 volts?

Because the “Calder scale” indicates a 0-percent battery at 11.9 volts, and the Ah test brings it to 10.5 volts, Im guessing that Calders scale from 12.65 to 11.9 volts is really a scale covering only the upper 50 percent of a batterys capacity.

The second possibility is that Calders scale does represent the full capacity, and-despite the Ah standard-to avoid dropping below 50 percent, I should not let my battery drop below 12.25 volts, the 50 percent mark on Calders scale?

So, what really is the voltage at the 50 percent mark? The difference between the right and wrong answers could make a big difference in how much battery I have to carry.

Nigel Calder is referring to a no-load voltage test, which provides a fair estimation of charge. Voltage testing under a specific load and chemical testing of the electrolytes specific gravity are more precise means of measuring the charge level.

Battery voltage measurements can be very confusing. Is a battery dead at 10.5 volts or 11.7 volts? It depends on the context. Most U.S. companies define a battery as dead when it cannot sustain 10.5 volts under load at the industry standard C20 discharge rate (5 amps), at a temperature of 80 degrees. For a 100-amp-hour Group 27 battery, this works out to a 5-amp load for 20 hours before reaching the 10.5-volt level. Once the load is removed, the battery voltage immediately begins to climb. With no load on the battery, one can measure open-circuit voltage-a reasonable and easy way to determine a batterys charge, and the only way for sealed batteries.

A battery discharged to 10.5 volts at C20 should bounce back to approximately 11.7 volts, open circuit. When access to the cell electrolyte is possible, a good hydrometer is the most accurate way to check the state of charge and cell imbalances.

When estimating battery capacity-to prolong the life of your battery and, therefore, maximize your cost efficiency-you should try to estimate charging and battery requirements based on the assumption that you will not discharge your batteries below the 50 percent mark. This is an ideal scenario, and it inevitably involves some trade-offs because of the size and weight of batteries required to meet the 50-percent level and avoid constant recharging. 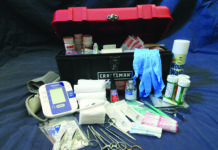 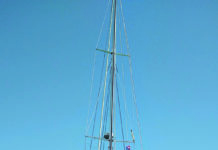