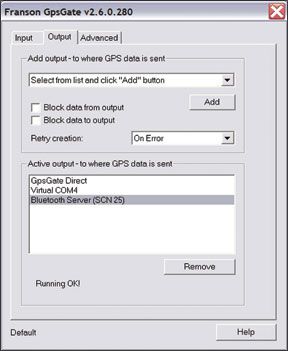 Medicated chartplotters and charting software installed on computers without serial ports are slowly changing the architecture of marine GPS receivers. Where every marine GPS receiver once had a screen, a keyboard, and the ability to connect multiple devices by wire, today’s GPS is often a self-contained module with a single USB connector that delivers GPS data and powers the device at the same time. Forwarding

GPS data to multiple devices is usually done with a proprietary network that provides a path for all devices to talk to each other. (See “Multiplexing with NMEA 0183,” page 28, for a discussion of basic onboard networking options.) This leaves many in a bit of a quandary when it comes to supplying GPS information to devices like smart phones and PDAs that cannot be easily connected to the network.

As a followup to the December 2009 issue’s look at the navigation capabilities of today’s smart phones, PDAs, and pocket PCs, we decided to check out aftermarket solutions for delivering reliable GPS data to these devices. The most obvious solution is to simply select a smart phone or other handheld device with a built-in GPS receiver, but only some smart phones and PDAs come with an accurate internal GPS, and they are fairly pricey. If you have an existing device that can be used for pocket navigation, exchanging it for one with an internal GPS may not be worth the cost.

Several aftermarket GPS receivers can be connected to smart phones or PDAs, but there are disadvantages to consider. If the add-on GPS receiver uses the device’s battery for power, overall battery life will be shorter. If it’s powered by its own battery, it may be a bit bulky, and you will have two batteries that must be kept charged. The GPS-device connection must be protected against the elements, and these connections are often fragile. Lastly, the GPS receiver may lose its signal when placed in a pocket, and some are fairly slow to re-acquire.

During our testing of pocket navigators for the December 2009 issue, we examined other approaches to propagating a GPS signal around the boat and found some viable alternatives.

Most phones and PDAs have the ability to connect wirelessly with other devices using Bluetooth, and the link can be used to transmit GPS data to handhelds. Bluetooth operates in the same frequency band as WiFi but uses a different communications protocol. Range is usually described as about 33 feet, but how much less would it be if the signal had to pass through a bulkhead, coachroof, and/or the deck to reach the cockpit?

To find out, we placed a Bluetooth-enabled BT-338 GPS receiver made by Globalsat (more on this later) on the chart table of our test boat, a Mason 43. To reach our Bluetooth-

enabled Palm Treo smart phone in the cockpit, the signal had to pass through an electronics panel that contained an SSB radio, a VHF, and a GPS, as well as a 1-inch bulkhead and a 2-inch-thick deck that included a half-inch teak surface.

In the cockpit, testers found the maximum stable range to be about 10 feet. Testers had to be careful to keep the device facing forward. At half the distance, reception was very stable, and facing aft with the handheld rarely resulted in more than momentary signal loss.

Next, we placed the Bluetooth device on the boat’s dinette, where the signal had to only pass through the coachroof to reach the cockpit. There, we found a stable signal to almost 19 feet, and at 12 to 14 feet, it was very stable, even when another person obstructed the signal path. It also helped to know where the Bluetooth antenna was located in the handheld so care could be taken not to obscure it with a hand.

These trials pointed out the advantages of placing the Bluetooth source in an optimum location for maximum range, but if a Bluetooth GPS receiver is placed belowdecks, how well can it communicate with GPS satellites to derive an accurate position?

Of the chipsets for GPS receivers we looked at, testers favored SiRF Technologies’ SiRFStarIII. It could readily acquire a GPS position in even totally obstructed surroundings. To test its performance onboard, we paired it with the BT-338 Bluetooth GPS receiver made by GlobalSat, a Taiwan-based technologies company. The BT-338 is a palm-sized, WAAS-enabled device with 20 channels and a 1-second hot start time. (A hot start is when the GPS can acquire position data by using the same satellites and data that it used when it was last powered down.) The device runs about 12 hours on a rechargeable battery and can be powered or charged from a 12-volt source. (GlobalSat now offers two new receivers that boast improved battery life and sensitivity.)

Sitting on the boat’s chart table with a 2-inch deck overhead and several electronic devices and a PC operating nearby, the BT-338 acquired a usable position 9 seconds after power up. With its SiRFStarIII chipset, it seemed almost immune to obstructions. It acquired a position from virtually anywhere belowdecks, in our pocket, in the glove box of a car, and from the basement of a single-story house with an attic full of the usual things that find their way there. (The last location did slow acquisition time to a minute or so.)

Bottom line: Priced about $60, the GlobalSat BT-338 with SiRFStarIII chipset would be a viable and economical solution for pocket navigation with devices with Bluetooth capability.

It’s not uncommon to find a computer on the chart table of a cruising boat these days. If it’s connected to a GPS and has Bluetooth capability—even via an inexpensive Bluetooth USB dongle—there is another approach to sharing GPS data that worked equally well, testers found.

sharing GPS data. It’s quite versatile, and it would be rare for any one installation to use all of its capabilities. Running in the background, Franson GPSGate capabilities include the ability to simultaneously:

• Take the incoming GPS data from a port and forward it to multiple virtual COM ports that can be created in this mode. The original GPS port will no longer be available—by definition, a serial port can only be used by one program at a time. However, multiple programs will now be able to connect to the virtual comports, and all will have access to GPS data—very useful when running separate programs that require GPS data.

• Transmit the GPS data via the computer’s Bluetooth radio to other Bluetooth-enabled devices, allowing this mode to be used with smart phones and PDAs. While this is done in the Bluetooth serial port mode, which doesn’t normally allow more than one connection at a time, it’s possible to connect multiple Bluetooth devices to GPSGate’s Bluetooth server.

• Send GPS data via WiFi when two computers are running a copy of GPSGate software. The PC receiving the GPS data can then send it on to its own Bluetooth server or virtual ports.

• Use the internal GPS in a handheld device to provide GPS data to a Windows PC via Microsoft’s ActiveSync.

Bottom line: Priced at about $45, Franson GPSGate performed without a hitch and would be a viable and economic approach to sending GPS data to a Bluetooth-capable phone or PDA used for navigation.

A Note About Bluetooth Stacks

We did have some difficulty with the initial installation of GPSGate, which is apparently only compatible with Microsoft and WidComm/BroadCom Bluetooth stacks. A Bluetooth stack refers to the software that manages and controls a Bluetooth device, and unfortunately, many laptops we have encountered have had Toshiba stacks installed. If the GPSGate Bluetooth server reports that no Bluetooth device exists when you know you have one installed, this is quite likely to be the problem. Find out how to we resolved the issue in the online version of this article at www.practical-sailor.com. Windows XP computers with Service Pack 2 or later have Microsoft’s Bluetooth stack already installed. 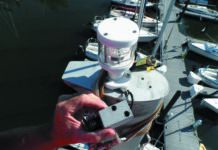 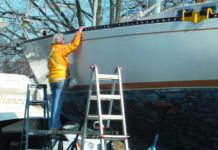