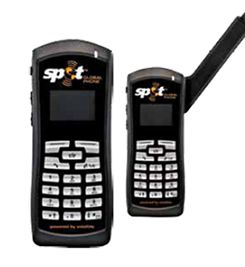 SOS buttons and two-way texting are handy, but nothing beats being able to actually speak with someone in the event of an emergency. This is the great appeal of owning a satellite phone, but the prices of both sat phones and service plans have stubbornly remained above the pain threshold most sailors are willing to bear, even though theyve certainly become more affordable over the last decade.

All that may change with the newest satellite phone to enter the market: the SPOT Global Phone, offered by Louisiana-based SPOT, a subsidiary of satellite communications entity Globalstar and maker of the SPOT line of satellite trackers. With a purchase price of $499 and month-to-month plans starting at just $25, the SPOT Global Phone appears poised to wrest the satellite phone from the martini-holding fingers of James Bond types and place it solidly into the calloused palms of the common sailor.

We recently conducted some limited on-shore tests of the SPOT Global Phone, and we plan to run it through its paces during a season-long cruise to the Bahamas. In the preliminary tests, we placed some test calls from various locations within the eastern U.S. with satisfactory results. Calls were easily dialed (1 plus the number) and took roughly 20 seconds on average to connect. Each had decent clarity, with no lag time or dropped calls noted, although these pre-test calls typically lasted less than 3 minutes. We have heard from some users who reported an increase in dropped calls for longer conversations; we plan to investigate this claim further during our field test.

Measuring a scan’t 5.3 inches long by 2.2 inches wide and 1.5 inches thick (with the antenna stowed), the 7.1-ounce SPOT Global Phone is compact and can easily be stowed or carried in a foulie jacket pocket, a daypack, or a ditch bag.

The four-line, 12-character color LCD screen is a minimal, no frills, just the facts maam kind of display, providing just the essentials like call information and phone status, etc.

This is the phone youll use when youre out of cell-signal range, and you need to pass an itinerary change to a worried spouse, or when theres trouble afoot, and you need talk with rescuers. It is not the phone youll use to Tweet, peep, toot, snort, or Facebook. But for those who simply cannot unplug, the SPOT Global does offer the capability to send emails, surf the Web, transfer files, etc., utilizing the optional data kit ($20), but with speeds of 28 Kbps or less, it wont be fast or particularly economical. Most SPOT Global billing plans are priced by minutes used, with monthly plans running from $25 for 10 minutes included to $150 for unlimited voice and data.

Overall design and construction of the mostly plastic SPOT phone is decent, and it should hold up well during normal use. But unlike the Iridium Extreme (advertised as the toughest military-grade satellite handset ever built), the SPOT phone isn’t ruggedized and carries no water-resistance rating. Youll definitely want to invest in a waterproof and shock-resistant protective case or bag for it. SPOT recommends using an Aquapac pouch and a SPOT Global Phone case.

The SPOT Globals Lithium-ion battery has an advertised life of four hours of talk time-the same as the Iridium Extreme-and 36 hours on standby. For charging, the SPOT phone comes with only an awkward charging brick (similar to a laptop), which takes up almost as much space as the phone itself, and has no option for USB charging-a con in testers opinion.

Things we liked about the SPOT Global were its portability, battery life and ease of use, as well as features like the backlit color display and lighted keypad.

As to negatives, one would be that the phone is not GPS enabled, meaning it can’t provide location data, a handy feature in the event of an emergency. The limited global coverage of the Globalstar satellite system may not be broad enough for all users. But even if you can’t make calls from Antarctica, Globalstars coverage will be more than adequate for most users. (Coverage area can be seen on the SPOT website.)

A couple of things to note regarding phone use. First off, you can’t make or receive a call unless the antenna is fully extended and has a clear view of the sky. Callers can leave a voicemail, however, which the phone will notify you of when it is powered up and connected to the satellite network. Unless making a call or waiting for a call at a specific time, we recommend turning the phone off while not in use to conserve battery power. You can power it up a couple of times a day to check messages.

Each SPOT Global Phone includes a standard 10-digit U.S. phone number. When making outbound calls, caller ID will display it as Unknown, something you should warn family and friends about prior to heading out.

With a purchase price and basic service plan comparable to a typical cellular smart phone, the SPOT Global phone is positioned to bring affordable, two-way satellite communication down to earth. Stay tuned for long-term performance test results in an upcoming issue.