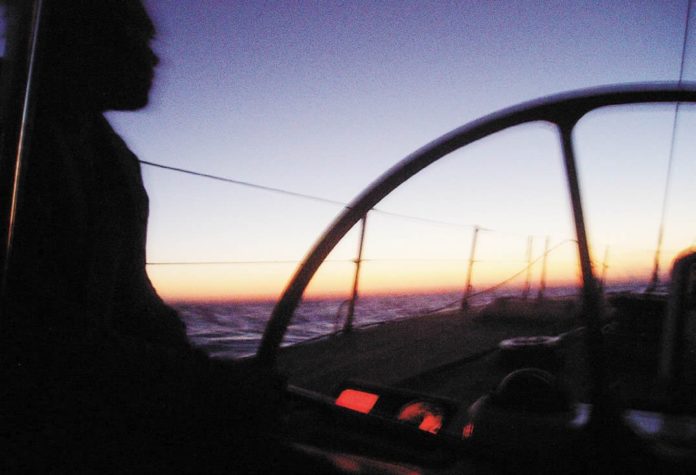 The US Navy has finally gotten around to a serious study of watch standing schedules (https://goo.gl/dE4W4R). As an active duty Navy Medical Officer, I certainly saw enough injuries related to sleep deprivation; fortunately, none were as disastrous as the recent collisions. I am glad to see the navy move away from a centuries old approach to scheduling watches.

Obviously, Navy warships have different needs and much larger crews than cruising sailboats. Do you know of any serious study of good and bad approaches to small-crew watch standing schedules?

Dr. Claudio Stampi, the director and founder of the Chronobiology Research Institute in Newton, MA has produced the most widely published information on sailors and their sleep patterns. Although his research focuses on single-handed sailors, many of his findings can apply to two- and three- person crews. Not every persons sleep patterns are the same, and you need to take into account each crews strengths and limitations when setting watches (night vision is an asset in shipping lanes, for example).

Here is the Swedish watch schedule that PS editor Darrell Nicholson used during a two person 28-day crossing in the Pacific.

The schedule allowed for each crew to get five and a half hours of uninterrupted rest during the day, and put the skipper (crew B) on the last watch before sundown, when he could carry out a routine inspection of the rig, sails, and systems (battery levels, especially) in daylight before nightfall.

It also allows for a mid-day flex period to actually spend a little time with your partner, or for one crew to catch up on sleep.

Adhering to the daytime sleep/naps period is important because night off-watches are frequently interrupted with sail changes. Earplugs and eye-shades are essential.

John and Amanda Neal of Mahina Expeditions (www.mahinaexpeditions.com) found that most cruising couples they have met followed similar a 3-4 hours-on/3-4 hours-off schedules, supplemented with a nap during the day. Although some schedules rotate the watch start times, some sailors find it much easier to adjust to fixed start times for each watch.

For crews of three or more, PS Technical editor Ralph Naranjo, author of the The Art of Seamanship, divides watches into three watches, 4-4-4 (day) and 3-3-3-3 (night) which rotates the watch start times.

Evans and Beth Starzinger, authors of The Voyagers Handbook present eight different watch schedules for two-person crews, including the Royal Navy watch schedule, which is 4-on/4-off except between 1600-2000, when each watch is cut to two hours. This causes the individual watch start times to change every other day.

A sensible approach would be to try a couple of proven systems and see which works for best for your crew. A well rested crew is essential to ship safety-as the Navy has found out the hard way. 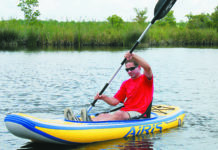 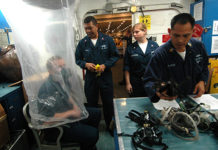 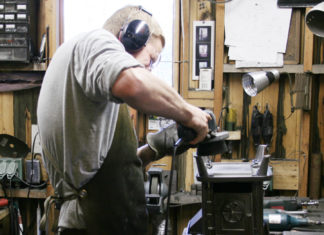 About this time of year, sailors creeping southward are either accelerating their migration or looking for inexpensive ways to warm the cabin. You don't have to install an expensive, built-in heating system just to get you south of the Mason-Dixon line, but when opting for one of the less-expensive options, you do have to use commonsense.