Our analysis found that the measurements (tip weight, total weight, blade area, etc.) of the tested anchors suggest that the Rocna and Manson Supreme should provide similar holding power when fully buried in a good bottom.

The Ray could have an edge in setting performance and in holding power in a common type of poor bottom (thin sand over rock/coral). One note of caution is that these measurements apply only to these particular size anchors, and scale effects may change the rank order in smaller anchors.

An anchor’s tip weight is the percent of the anchor’s total weight that the tip of the anchor puts on the sea bottom when the anchor is lying on its side. (The position the anchor normally assumes when it lands on the bottom.) This is viewed as an important factor in determining an anchor’s setting ability. The Ray has the heaviest tip weight of the three anchors tested.

Blade area is the surface area of the anchor blade when the anchor is completely dug in. This is considered an important factor in determining an anchor’s holding power. The Rocna has the largest total blade area of those anchors tested.

Tip blade area is the surface area of the first 9 inches of the blade tip. A common poor-holding bottom type has a couple inches of sand or mud over a harder rock or coral surface. According to Starzinger and Leonard, it’s been their experience that only the first 9 inches or so of the tip will bury in these bottoms — and often only two of the three flukes in a Bruce design — so this measurement is an indication of holding power in this sort of poor anchoring bottom. Of those tested, the Ray has the largest blade area.

For more advice and information on anchoring plus our evaluations of the anchors mentioned above, check out the Anchoring Series from Practical Sailor. 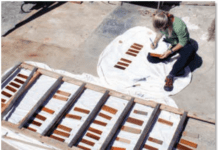 The Holy Grail of Wood Protectors 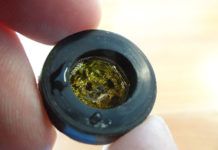