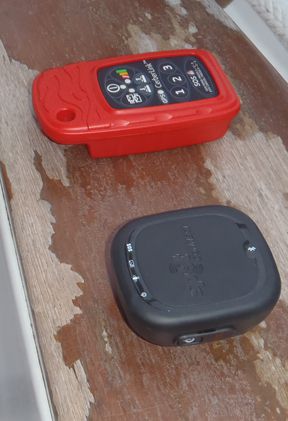 If you recently bought a SPOT Connect for its distress calling capability, or are looking at similar satellite messaging devices such as the SPOT Messenger, DeLorme InReach, or Briartek Cerberus, you’ll want to read our upcoming report on the tragic April 28 accident involving the Hunter 376 Aegean during the Newport to Ensenada Race.

When we first reviewed the SPOT Messenger, we raised concerns about introducing a private distress monitoring service into the search-and-rescue equation. Unlike a 406 MHz EPIRB or Personal Locator Beacon (PLB), the SPOT SOS” distress signal does not operate on the 406 MHz frequency used search-and-rescue agencies such as the U.S. Coast Guard. The SPOT signal goes to GEOS Alliance, a monitoring service based in Houston, Texas, which follows its own response protocol.

According to the SPOT website, if a distress call is made using the SOS function on a SPOT device, GEOS Alliances Emergency Response Center notifies the appropriate emergency responders based on your GPS location and personal information.” In case the SPOT cannot acquire its location from the GPS network, it will still attempt to send a distress signal – without exact location – to GEOS, which will still notify your contacts of the signal and continue to monitor the network for further messages.

While reading about the Aegean accident,in which four sailors died when their boat reportedly sailed into rocky North Coronado Island sometime around 1:30 a.m. on April 28, I began to wonder: What would happen if a SPOT distress alert had no position, but the SPOT’s approximate location was known through tracking data? And what would happen if the SPOT’s track clearly indicated danger-say, a sailboat plowing into rocky island off the coast of Mexico?

Would that then merit a call to the Coast Guard?

Sometime around 1:30 a.m. on April 28, the SPOT device owned by Theo Mavromatis, the registered skipper of the Aegean, sent out a distress signal that was received by GEOS Alliance. According to one person I spoke with who is familiar with the incident, there is no question that this was a distress signal sent by a person.

Although the distress signal had no position data, Mavromatis had programmed the device to report his position every 10 minutes so that family could track the boat. Shortly after the distress signal went out, Mavromatis’ wife, Loren, received a phone call from GEOS Alliance. She was asleep, so the report of the distress signal from her husbands SPOT went to voicemail. For several hours after that, it appears that there was no effort made by the monitoring agency to contact the U.S. Coast Guard or to confirm the distress alert, even though boats track clearly indicated trouble.

The Coast Guard search for Aegean‘s crew did not begin until more than eight hours later, after fellow racers came across debris from the wrecked Hunter and contacted the U.S. Coast Guard. Initially, it was thought a ship had collided with the boat, but when the track data surfaced later, the grounding on Coronado seemed the most likely explanation.

Lead investigator Lt. Bill Fitzgerald of U.S. Coast Guard Sector San Diego could not offer more details on the timeline of the distress call or the response, citing the ongoing investigation. He said the USCG’s final report would be completed within two to six weeks.

Based on what is known at this stage, it seems clear that GEOS Alliance needs to closely examine how the Aegean distress call was handled, and how its existing response protocol might be improved. A distress call was made, and even without the boat’s precise position,the Aegean‘s freight-train track toward Coronado Island spelled trouble, and its last known position would have been helpful to a search-and-rescue effort.

I’m disappointed that SPOT, GEOS Alliance, and the two groups investigating the accident-U.S. Coast Guard and a US Sailing panel, which recently used the SPOT data to conclude that the accident was caused by a grounding-have delayed releasing the apparently well-documented details surrounding the Aegean distress call. SPOT Messengers and similar satellite-based messenging devices are getting snatched up like iPads this summer, and while bloggers blather about the marvels of the new technology, I suspect many buyers don’t have a clear understanding of how they work. I don’t want to dissuade someone from buying something that might one day save their life, nor discount the advantages of two-way communication that some of the newer devices offer, but knowing what can go wrong with these gadgets is just as important as knowing what can go right.

Several people have reminded me that the SPOT Messengers and similar devices have already saved many lives. They also tell me that Aegean‘s distress call delay appears to be an isolated incident. Lt. Fitzgerald said that he was unaware of any prior cases, at least in his sector, in which “the distress signal was not responded to in a timely manner by the third-party monitoring service.

The “official” distress alert options like 406 EPIRBs have problems, too. In our article What is the Best Backup for a 406 EPIRB? we reported how clerical errors in the 406 EPIRB registration process nearly resulted in one sailor’s distress signal being ignored. Neverthless, a GPS-enabled 406 EPIRB is still Practical Sailor‘s first choice for satellite-based distress signaling. If you use a SPOT or a similar device, it should be a backup. In either case, boaters need to be certain that their registration data (boat name, point of contact information, etc.) is up to date, and that the owner and point of contact are well informed about what they should do in the event of a distress signal.

Perhaps the best lesson in all of this is that any electronic distress beacon should be regarded as truly a last resort-and an imperfect one at that.

UPDATE: This article has been revised to reflect PLBs status. Although they operate on 406 MHz frequency recognized for SAR distress agencies as the Coast Guard, they are not officially part of GMDSS, as implemented under SOLAS international treaty. 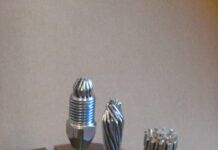