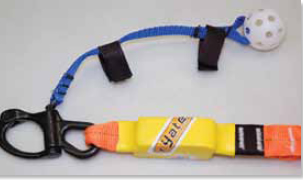 The discussions about the Fastnet incident in the May 2012 issue and the WingNuts deaths in the Mackinac Race (April 2012) both omit to focus on the most obvious of points with respect to safety at sea. What happened in both of these cases would not have happened in a Vertue, or an Alberg 37, or a Mason 44, to pick these three from among many possible examples.

The Mackinac Race deaths were the result of two sailors being forcibly struck by their own lightweight, unstable, and entirely unsuitable vessel. The Fastnet capsize was the consequence of an edgy and improperly designed and constructed boat. Despite the occasional Blackfish sinking when keel bolts are not attended to, traditionally designed vessels with safe initial and ultimate stability will rarely put their crews in the water or kill them when properly maintained and sailed.

There are, of course, always some residual dangers, and some rare and unforeseeable circumstances against which no reasonable protections may be had, and for these, the best of safety equipment should be provided.

But, as a starting point, sail in a soundly designed and maintained boat. Generally, she’ll be able to take far more than you can, and—if good seamanship guides her, she may be trusted to bring you back home safely.

In response to the March 2012 editorial regarding improving PFDs, I offer this: One solution to the deflation issue would be to include a dump valve such as is present on all diving buoyancy compensators. One might want to re-design the valve release cord so it is less likely to hang up on rigging, etc., when wandering around the boat.

For the tether release, why not use a short nylon leader from the harness, and fasten the tether to that instead of to the harness? If the tether is under tension, the connection point will then be pulled away from the PFD. Downside is you have to run your hand along it to find the release—probably not difficult, but something to practice.

As a side note regarding safety issues, as a mostly solo sailor, I carry a homemade nylon web etrier similar to those used by rock-climbers, for getting back on board. It’s small, lightweight, and in my admittedly limited tests, it made it possible to re-board from virtually anywhere around the boat. One more thing to carry, but it’s never hung up on anything, and I no longer notice it.

We’ve had some great input from readers on ways to improve tether and PFD/harness designs. The dump valve was a popular suggestion. Our project to come up with a comfortable, effective PFD/harness took on a sense of urgency this month with the Farallones accident. Several knowledgeable professionals have volunteered help on this project, including John Yates of Yates Gear, a major supplier of safety tethers for the U.S. military. Yates put together a prototype (left) for PS readers to comment on. Send suggestions and comments to practicalsailor@belvoirpubs.com.

In the May 2012 article on boat loan financing, you quoted $530 as the approximate cost of U.S. Coast Guard (USCG) documentation. In 2007, when my boat partner and I documented our boat, we were also quoted $530 as the cost of documentation by our insurer. However, in spite of being a “formaphobe,” I found it quite easy to do it directly with the Coast Guard for $92, and it took less than an hour. The cost was $84 for the application and $8 per page for any additional pages. You can find it by Googling “NVDC” (National Vessel Documentation Center) or phoning 800/799-8362. I found both the website and all the USCG folks very helpful.

Thanks for the tip. Boat buyers whose insurer quotes more than $150 for attaining the documentation for them can look into doing it themselves via the website, www.uscg.mil. The base charge for an initial documentation certificate is $133; it costs $84 to get an exchange certificate.

Bodenreider explained, “The fee is not an inflated fee, but a charge for a service that assures the seller, buyer, and lender that all is in order with the title documents on a boat purchase.”

Check out the AVDA website for more information: www.americanvessel.com.

Regarding the February 2012 Chandlery brief on Gill’s aftercare products: The comparison of Atsko Silicone Water-Guard with Gill Reproofing Spray is akin to comparing the performance of a pickup truck with a dual-axle dump truck: They perform similar functions, but they are intended for two different jobs. Atsko Silicone Water-Guard is a very good product for waterproofing lightweight camping and backpacking equipment, but is not intended for use in marine environments as silicone does not provide protection against oil-based stains.

You should have tested Atsko Permanent Water-Guard with the Gill product. Permanent W-G is a water-based fluoropolymer (like the Gill product) that is safe for all washable fabrics, including natural down and synthetic insulated products. It comes in a spray bottle and a 10 oz. aerosol. Both products are compatible with waterproof-breathable or DWR finished products, including semi-permeable membrane laminates like Gore-Tex. The garment dries odor free, resists water, salt and oil borne stains, will not yellow and does not change the hand of the material. Water beading is guaranteed for 25 washes when applied per instructions and washed in Atsko Sport-Wash.

I do not recall seeing any tests on chemical bottom paint removers in Practical Sailor. My bottom paint is a hard epoxy, and I do not want to take the time and effort to remove this type of paint, so I am thinking that there must be a good, efficient, and economical product that is safe to use. If PS has done some research and comparative testing, I’d like to know.

Our last full-blown test of chemical paint strippers ran in the November 2006 issue, and we published a follow-up report in the April 2008 issue. The top picks in those tests were Franmar’s Soy-Strip (www.franmar.com) and Dumond Chemical’s Peel Away Smart Strip (www.peelaway.com). For heavy-duty paint removal—like taking down a 25-year-old epoxy barrier coat—we found that Dumond’s Peel Away Marine Safety Strip was the most effective (PS, March 2009). Another alternative to sanding that testers have favored is sodablasting; check out that report in the October 2011 issue.

In reference to your “Avoid Plugging with Proper Vent Installation” sidebar and photos in the March 2012 issue: If you’re going to backflush the vent, I think it will take more than just a shutoff valve on the filter outlet, because shutting this valve will not allow the backflush water to return to the tank. It would take a filter bypass arrangement, also with a valve, for this to work. In normal operation, the bypass valve would be shut and the filter valve open. For backflushing, the bypass would be opened and the filter shut.

In the installation described and pictured, there is a bypass loop, incorporating a water-filled trap as an odor seal. A shutoff valve on the filter outlet (the end connected to the through hull) prevents water from entering the filter, forcing it through the bypass, just as you suggest. We didn’t feel the design required valves on both ends of the filter, since with one end sealed, trapped air prevents water from entering the filter; however, placing a valve at both ends would be a safe and conservative approach. In our design, the bypass is always open, sealed only by a water-filled trap.

In regards to your July 2011 article on chafe protection: Readers should be aware that nylon lines can break no matter what there is for chafe protection. I’ve been a member of Boat/US’s catastrophe team for years and have worked a dozen hurricanes, so I’ve seen a lot of real-world line failure.

As nylon line has a fairly low heat distortion temperature (you can melt the ends with a match, right?), I’ve seen many failures where the line is welded into a solid doughnut around cleats or pilings. I’ve also seen the lines fail inside chafe protection. When you peel the three-strand line apart, you can see that the strands melted together where they touch. My take-away from this:

1. We are generally taught that nylon acts as a shock absorber in mooring and dock line applications. My experience has shown me that if the dock lines are stretching like a rubber band, they are creating energy, which equals heat. In a sustained storm, that heat will destroy the line.

2. Lighter dock lines will distort more. It’s my experience that most boats in storm situations have lines that are too small in diameter. Half-inch line is appropriate for dinghies; other than that, I would step up to a minimum of three-quarter inch.

When Hurricane Bob hit New England in 1991, I saw the Concordia Boats yard manager go out before the storm and slathered the mooring pendants of all the precious Concordia yawls with skid grease where the pennants passed through the chocks. It made an awful mess, but they didn’t lose a single boat even though 30 boats were lost in that same harbor.

We’ve discussed the heat issue before, most recently in the December 2007 report on our torture tests of used nylon three-strand, in conjunction with New England Ropes. And the debate over expensive double-braid versus more elastic three-strand is one we have wrestled with for years.

Our advice has generally been that it is most cost effective to go for a larger diameter high-quality three-strand and good chafe gear than an expensive, less-elastic, double-braid line, and most of the rope makers seem to agree. Elasticity (energy absorption) is a desirable trait in anchoring, mooring, and dock lines. However, heat is an issue, specifically, where a dock line or mooring pendant goes through a chock, creating a bend. When the fiber is both stretched and bent at the same time, the internal friction creates heat. Heat is less of an issue in a rain storm, unless the chafe protection keeps the rain out, and then you are making things worse by creating an oven. As we have pointed, some chafe gear (PS, July 2011)—plastic hose in particular—is often the culprit more often than the braid of rope because it contains the heat.

One trend is to regard the dock or mooring line as a two-component system. One component has stretch and another is low stretch. Here’s how Steven Parola of New England Ropes describes such a system:

“On a mooring pendant, you could have a section of nylon rope running from the mooring ball almost to the boat (for stretch), then attach a section of low stretch rope, such as STS-12, comprising high molecular weight polyethylene (HMPE) fibers, that runs thru the chalk and to the cleat. The ‘system’ approach is quite exciting, particularly if your boat/mooring is unattended over long periods of time; but the down side is that it is pricey, as compared to using a nylon rope and occasionally inspecting your line.”

With the 2012 hurricane season kicking off, we will be doing an update to our mooring/dock line and chafe gear reports in an upcoming issue.

With reference to “Safety at Sea Pt. III Rambler 100” in the May 2012 issue, the RNLI is described as the “Royal Navy Lifeboat Institute.” The acronym actually stands for Royal National Lifeboat Institution.

Far from being associated with the Royal Navy, the RNLI is a life-saving organization composed of volunteers who are funded by charitable donations. More information on this remarkable organization is available at www.rnli.org.uk—and donations are accepted in all currencies!

Rip Rap
Product Updates
Where Credit is Due