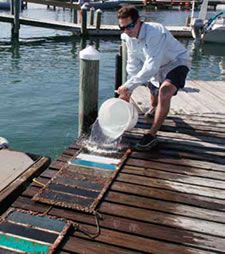 In late 2011, Practical Sailor launched a test that focused exclusively on new antifouling paints that had been introduced in the previous year or that we had never tested before. Along with regular test participants Blue Water, Epaint, Flexdel, Pettit, and Sea Hawk, several newcomers signed on, including Specialty Marine Solutions, a Massachusetts company that has developed paints using Sea-Nine 211, a marine antifouling agent from Dow Chemical; Boero, an Italian company with a long history in Europe; and Luritek, a company based in West Chester, Penn.

Most of these paints were developed in response to new or pending legislation, primarily in California, Oregon, and Washington, to restrict or reduce the amount of copper in local waterways. Seven of the paints use Econea, a pesticide recently been introduced to the market that is promoted as being less harmful to the environment than other antifouling agents. This round of testing also included two experimental paints from Flexdel Corp.

We are often asked about these types of new eco-friendly alternatives to antifouling paints, and our rule of thumb is to wait two seasons before buying them to see how the new blends do on the market and in our testing. Although most paints go through extensive testing prior to market introduction, we’ve seen some “game-changing” eco-paint flop after 12 months. With rare exception—namely some Epaint blends, Pettit Alumacoat SR, and Interlux Trilux 33—very few copper-free paints have fended off barnacles after 18 months in our testing. So far, the new Econea blends are delivering Fair to Good protection, well below their copper-fortified peers.

Also new to this test is the introduction of “dual-resin” paints from Blue Water (Duplex 45, Duplex 45 Boosted, and Duplex 67 Slime) and Interlux (Fiberglass Bottomkote NT). These new formulas are quick drying, allowing multiple coats in one day. They also have harder finishes that are more abrasion-resistant than conventional ablatives. All delivered Excellent results after nine months.

Unless you are in the market for a budget-priced, single-season paint, it is still early in the test for us to offer solid recommendations. Nevertheless, we have given Recommended ratings to the cleanest panels in this group for each of the main categories. Not surprisingly, most of the paints with the cleanest panels are formulated with copper. 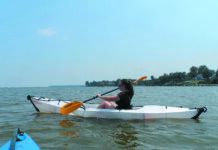 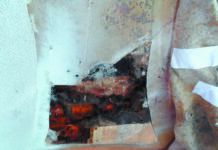 Deck Core Repair, from Underneath 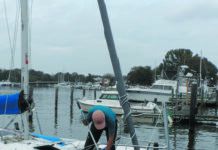