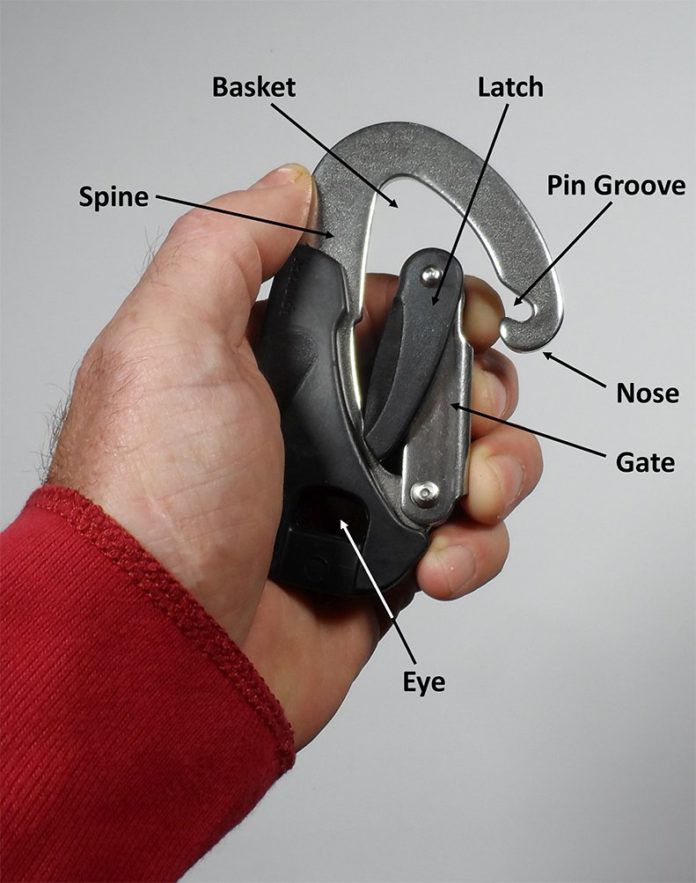 As promised, heres an update of what we know about the recent failure of a safety tether during the Clipper Round the World Race. This is latest in several accidents in which the use, misuse, or failure of tethers have been linked to fatalities.

Ten days after our first report on the tether failure, the race founder and noted offshore sailor Robin Knox Johnston has revealed more details about the accident, and is cautioning Clipper sailors regarding the proper use of certain tether clips. Although we are not in full agreement with all that has been reported, we are glad to see the race organizers are recognizing the importance of sharing this information with the sailing public. This month, the Marine Accident Investigation Board issued a Safety Bulletin on the topic. Certainly, when the full Marine Accident Investigation Board report (likely to to take months) is released we will have more answers to the many questions that still remain.

One of the videos posted on Facebook demonstrates the risk using a Wichard original double-action locking clip, which as we understand was NOT the clip being used by Simon Speirs at the time of his fatal accident. Based on what we’ve been told, the snap-hook was a Spinlock Deckware Race Safety Clip (# DWSTRCLIP), a double-action, locking snap-hook used inSpinlock Deckware Safety Tethers(# DWSTR).Introduced in 2009, the Deckware snap-hook is based on the Gibb safety snap-hook-a design that has been used in a variety of sailing tethers for more than three decades. In past tests,Practical Sailorhas noted it is one of the easiest locking snap hooks for people with weak hands to operate. The chief difference between the Deckware clip and the original Gibb version is that Deckware clip is lighter and has a black plastic locking latch, while the locking latch in theoriginal Gibb snap-hookis made of stainless steel.

Weve completed a fairly comprehensive round of testing on various tether snap-hooks. Although some of our findings conflict with public statements regarding the accident (“it could have happened to any tether,” for example), we are generally on the same page regarding the need for a closer look atsafety tether snap-hooks. For some background on the accident and several links to related Practical Sailor tests, please read my first post on this topic as well.

The following points are particularly relevant if you continue to use these flat-plate style tether clips-including the Wichard original (not the Wichard Proline, which we have not yet tested) and any Gibb-style hooks (from Spinlock and others). According to our testing so far, only one of the popular locking tether snap hooks on the marine market-theKong Tango double-action safety hook (formerly used in West Marine tethers)-is built to withstand eccentric loads (loads that do not align with the anticipated load paths) that can induce this type of failure. (Weve not yet tested the clip used on the Wichard Proline tether, which, like the Kong, is based on climbing via ferrata clips used by climbers and is tested to a higher standard than sailing clips-see Final Observations below).

Since this main body of this report was first published in December 2018, Practical Sailor tester Drew Frye has been hard at work examining various tether clips. A more comprehensive summary of his work appears in the March 2018 issue, now available to subscribers online. Since that report was published he’s conducted some additional tests and videos of those tests appear below.

The above video replicates the accidentally opening test used check that a tether clip or snap-hook will not self-release. This is one of the requirements to meet ISO Standard 12401. World Sailing, the governing body of sailing, requires all race tethers to meet this standard. The tether Mr. Speirs was wearing at the time of his accident was certified as meeting the standard (an excerpt describing the required test appears below). Our tester was able to easily replicate the self-release shown in the video applying very little pressure (less than 25 pounds).

The above video illustrates a possible mode of failure for Mr. Speirs’ tether, or any tether connected to a jackline that connects to or passes adjacent to a large cleat. In this test, the tether hook is attached to a taught jackline and the gate of the tether is pressed open with very little weight upon it (about 25 pounds). The nose hook of the open tether snap hook then slides up the basket snags on the tether, and the body (spine) of the hook, under loads of as little as 350 pounds, straightens before fully releasing. The gates on sailing tether snap hooks are not required to be tested for resistance to direct pressure in this way. However, climbing carabiners and ANSI (industrial) snap hooks are tested for this. The UIAA-121 Type K tests for climbing carabiners, for example, must resist at least 1KN (about 225 pounds) of direct pressure. Our testers noted that some older versions of the Gibb design better resisted opening under direct pressure because the locking latch met the basket at a right angle. In current designs, the locking latch meets the basket at a slightly more acute angle, presumably to make them easier to open.

In our view, the sailing community needs to implement more stringent testing of safety tethers required for World Sailing sanctioned events. Strength testing of carabiners is not required by ISO 12401, the standard that sailing tethers must meet. We think this is a mistake. Sailing tethers are required to survive the drop test, but the forces involved are lower than can be encountered and the test is performed in a manner that minimizes leverage. For example, no test properly simulates clipping into a padyeye, and off-axis loads and open gate strength are not tested at all, resulting in flimsy designs. The remedy-applying the same test required for via ferrata climbing tethers (UIAA-121 type K testing)-has been plainly available for years. It is something we here at Practical Sailor should have looked at sooner ourselves. It is devastating that a sailor had to die to initiate more in-depth testing, but we are hopeful the sailing community and gear manufacturers will respond swiftly with equipment improvements and more clearly stated cautions regarding the proper use of safety tethers.

Our full report on tether clips will appear in the March issue of Practical Sailor. For more on tether, jackline, and harness safety, Practical Sailor also publishes a report on Man Overboard Prevention and Recovery, which details the gear and tactics that can keep you alive.

[Editor’s note 12.31.17: Images and captions have been updated to correct an error. Since this article was published Clipper Venture boatInvictus Games Down Under lost a crew overboardduring the Sydney Hobart Race, the crew member was recovered unharmed by another race boat after approximately 15 minutes in the water. The crew of Invictus Games Down Under included eight wounded, injured, and ill defence personnel and veterans. Paul Atwood was at the helm with six other crew members aboard. The crew member who went overboard was not identified.] [Editor’s note 1.9.18: A link to the Marine Accident Investigation Board’s safety bulletin, and illustrations from the bulletin have been added.] [Editor’s note 2.21.18: Videos and description have been added.