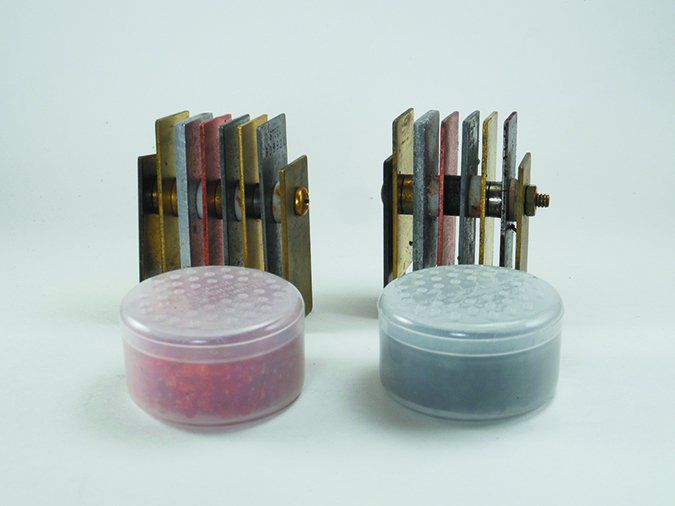 Our test of anti-corrosion bags presented conditions far more rigorous than what one might typically encounter for equipment stored on a boat.

1. Bags lying on the compost. The anti-corrosion bags are amber and have a slightly rough texture.

2. After a year in the Zerust bag, the compact disk was okay, but the aluminum coupon was corroded.

3. Corrosion was visibly on every coupon in the bag that was left open to the weather. The protective bags did not stand out as testers had expected.

4. The coupons in the Zerust bag fared better than the exposed coupons.

5. Spent silica beads (pink, on left) indicate that the beads are doing their job absorbing moisture. Recharged (blue) beads are on the right.